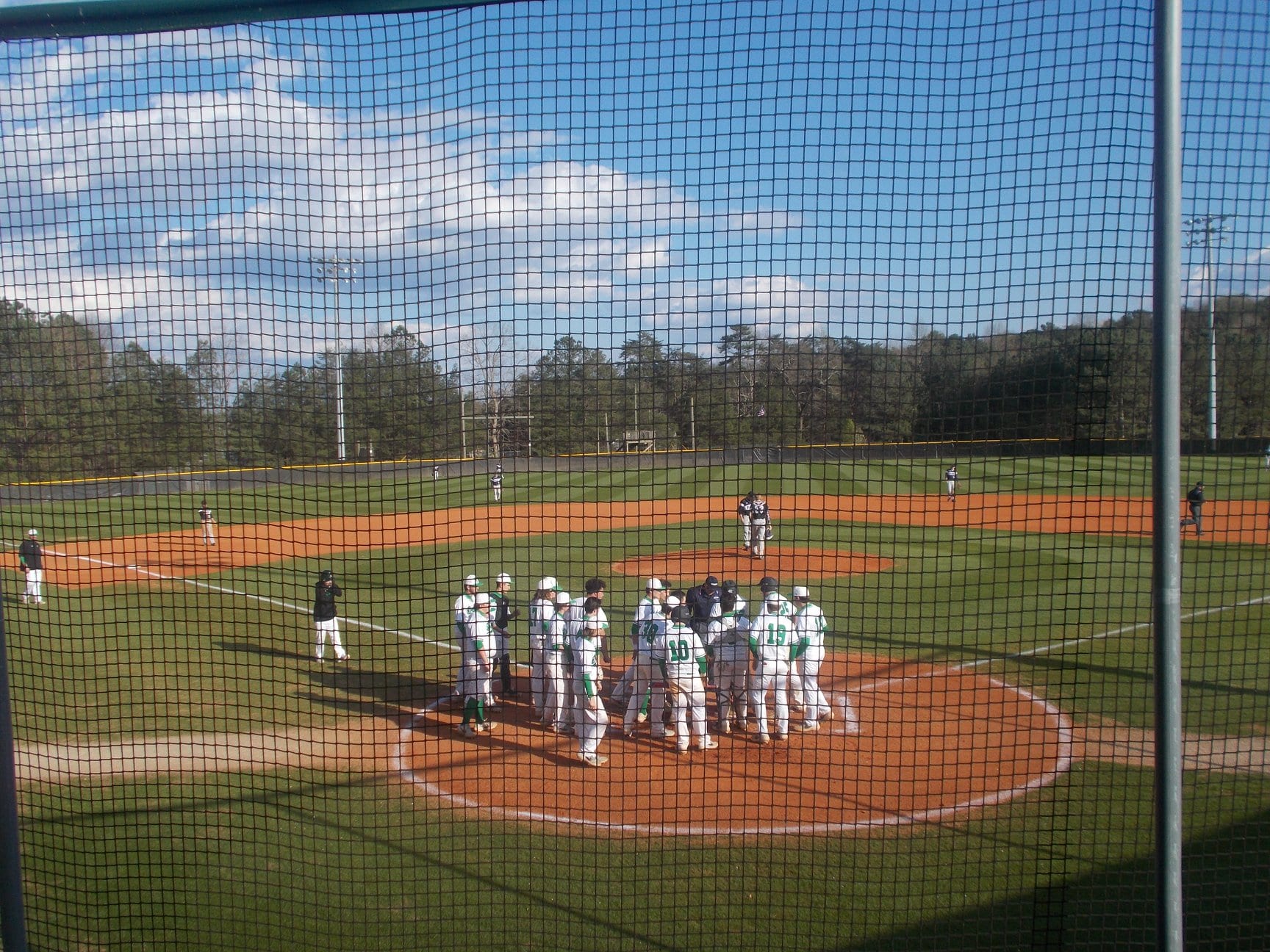 Game 2 of the 3 game set came to Jasper yesterday afternoon as the PHS Dragons varsity baseball team hosted the Bobcats of Gilmer at Dragons Field. Pickens, took game 1 in Ellijay on Tuesday 8-1, & looked to get the series win at home.

In the top of the 1st, the Bobcats struck first getting one run on two hits to take an early 1-0 lead. In the bottom of the inning, Brady Moore led the inning off with a double, but the Dragons were unable to capitalize & we’d head to the 2nd, Gilmer up, 1-0. Pickens, took the lead in the bottom of the 2nd after a 2-run home run from Chad Pacas. Going to the 3rd, Dragons up, 2-1.

In the 3rd, Gilmer would go down in order, while the Dragons, were able to add to their lead. Colby James drove in Moore, to make it 3-1, going to the 4th. In the top of the 4th, the Bobcats cut into the Dragons lead by plating a run on three hits, to make it 3-2 Pickens. The Dragons, had a chance to add to their lead in a big way in the bottom of the 4th with the bases loaded & 1 out, but were unable to score any runs. We headed to the 5th, Pickens still up, 3-2.

In the bottom of the 5th, the Dragons plated a run as Austin Chester doubled home Colby James to make it 4-2 Pickens, going to the 6th. The 6th inning, got a little wacky. In the top of the 6th, Gilmer was able to retake the lead by scoring 5 runs to make it 7-4. In the bottom of the 6th, lead off batter Jacob Kirchoff had what appeared to be a bloop hit that Gilmer let fall in fair territory, but it was ruled foul. On the next pitch, Kirchoff singled to right. Moore then followed that up with a single, & then Caswell Smith came up & hit one over the center field wall to tie things up at 7, & sending us to the 7th.

The top of the 7th saw the Bobcats get a lead off double, but a timely double play by the Dragons kept the game tied going to the bottom of the frame. In the bottom of the 7th, Chester led off with a single, Chester was then courtesy ran for by Christian Chumley. Up next, was the pitcher of record, Chad Pacas. If you remember, Pacas hit the 2-run homer in the 2nd, he then came in to pitch in the 6th, helping keep Pickens in the ball game. After Chumley advanced the 3rd after a pair of passed balls, Pacas sent a single into the outfield scoring Chumley, & winning the game for the Dragons 8-7.

Game 3 of the 3 game series will be later this afternoon in Ellijay. First pitch set for 5:30 pm.