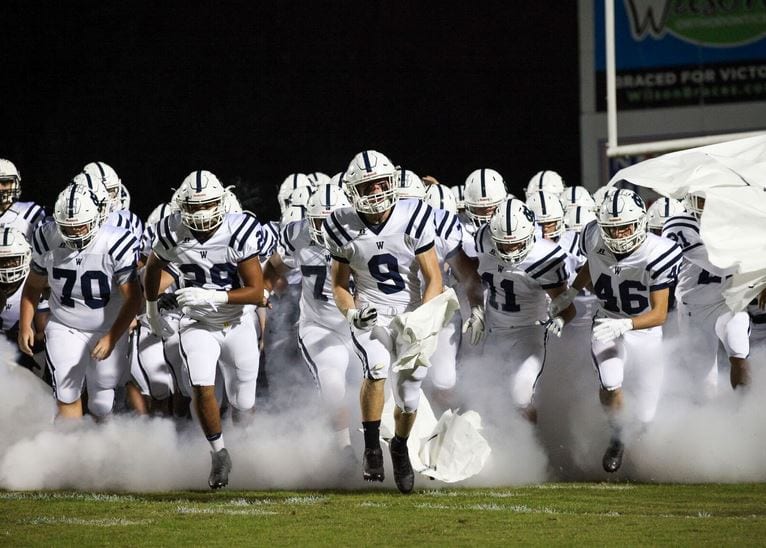 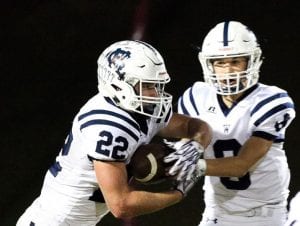 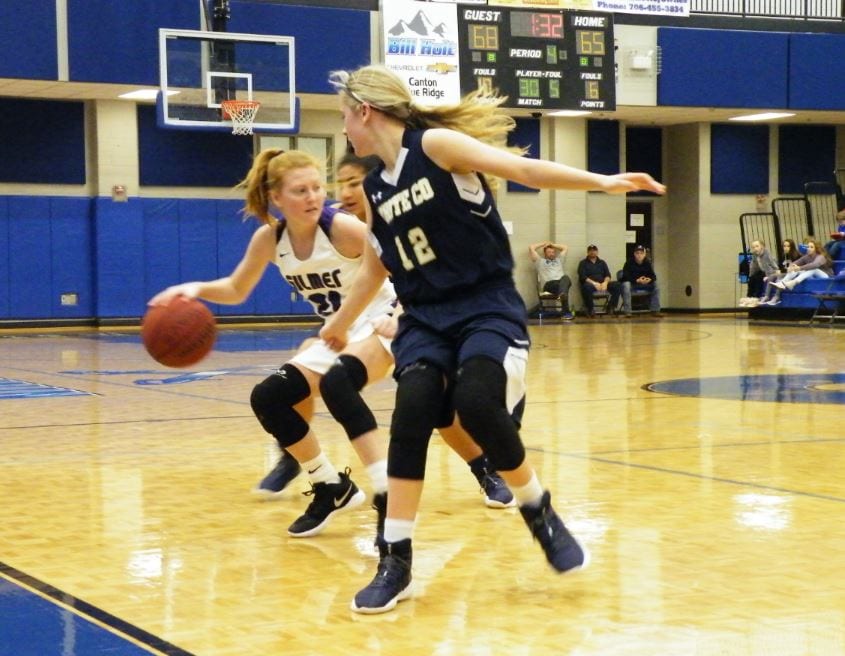 This past Saturday at the Mountaintop Holiday Classic, the Lady Bobcats and the Lady Warriors came ready to play their last game of the tournament. Both teams were coming from a loss the day before and ready to win the matchup for third place.

It was a “foul” game full of twists and turns. There were fouls left and right and the lead went from team to team. Lady Bobcat, Marylee Callihan, led Gilmer in scoring with nineteen points thanks to her hustle. Lady Warrior, Dasha Cannon, led White County in scoring with nineteen points due to aggressive playing. The Lady Bobcats had good cuts and passes inside which was how they did most of their damage. Lady Bobcat post, Michaela Staley, contributed ten points for her team from down low. The Lady Warriors scored the majority of their points from driving the lane. Lady Warrior, Naumi Crumbley, added fourteen points to White County’s score due to her ability to make layups. The Lady Warriors had the lead at the end of the first quarter with a score of 23-14.

Both teams were putting heavy defensive pressure on the other and drawing fouls. Out of Lady Bobcat Taylor Boling’s nine points, five of them were from foul shots. With Maddie Futch’s overall three points for the Lady Warriors, two of them were scored from the free throw line. Makenna Maysic also contributed two points from foul shots out of her six overall for White County. The Lady Warriors ran into some foul trouble towards the end of the second quarter when two technicals were called on them. The first foul being on player Kyleigh Johnson who scored an overall fifteen points for her team. The second being on the Lady Warriors head coach, Buster Brown. Even after many fouls, the Lady Warriors still had a lead over the Lady Bobcats with a score of 39-32.

The Lady Bobcats picked up their hustle at the beginning of the third quarter. Lady Bobcat, Hope Colwell, proved to be an asset to Gilmer’s defense by going hard and getting steals. Lady Warrior, Bentley Cronic, had a good game above the key by contributing three points for her team. Another Warrior, Annabeth Vandiver, added two points onto the Lady Warriors score. Lady Bobcat, Emma Callihan, put eleven points on the board with her scrappy playing. Gilmer started looking up the court to find Katie Kiker who added ten points to the Lady Bobcats score. Madi Phillips for the Lady Warriors added six points to White County’s score to extend their lead. At the end of the third quarter, the game was tied 53-53. It was Gilmer’s ball when they looked inside and found Mallory Kiser who contributed fourteen points overall, two being scored as the buzzer sounded to end the quarter which put the Lady Bobcats in the lead 55-53.

The intensity came alive at the beginning of the fourth quarter. Both teams started to foul more in attempts to stop the other one from scoring. The score was tied 70-70 with seven seconds left on the clock. Everyone was expecting the game to go into overtime when the Warriors fouled number ten for Gilmer, Marylee Callihan, with only one second left. With the pressure being high, Callihan stepped up to the free throw line. Callihan was given three shots and she made them all, putting Gilmer in third place of the tournament with a 73-70 victory over the Lady Warriors.

After the game, it was time for the awards and trophy to be given. The three Lady Warriors to be selected for All Tournament Players were Naumi Crumbley, Madi Phillips, and Dasha Cannon. Before the Lady Bobcats claimed their third place trophy, Marylee Callihan, Mallory Kiser, and Taylor Boiling were selected as Gilmer’s All Tournament Players. 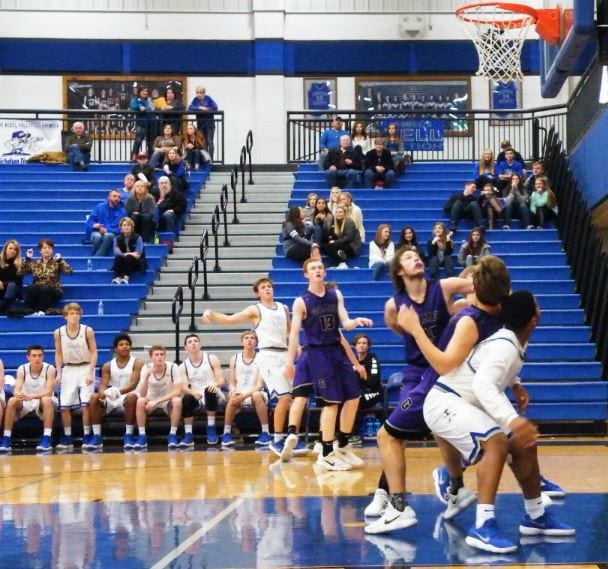 This past Friday on day two of the Mountaintop Holiday Classic, the Gilmer Bobcats traveled to take on the Fannin Rebels. Gilmer was warmed up from their win on day one against Coahulla Creek while the Rebels were ready to play their first game of the tournament. Both teams were determined to wrap up day two of the tournament with a win.

You could see the determination on all of the players faces as soon as they took the court. The rival teams were neck and neck from the beginning to the end of the game. Rebel, Chandler Kendall, led Fannin in scoring with thirteen points due to his ability to make outside shots. Bobcat, Kell Weaver, was an asset inside and led his team in scoring with twenty points.

Post for the Rebels, Joel Kinser, got back in the game after recovering from a concussion a few games prior. Kinser had grit down low and contributed three points for his team. As the end of the nail biting first quarter approached, Gilmer led Fannin with a score of 8-5.

The lead went from team to team. Tyler Sims of the Bobcats drove the lane and contributed twelve points overall for Gilmer. Another Bobcat, David Smith, followed the trend and scored two points for his team.

Fannin guard Joe Satchell, had snatches on defense and put eight more points on the board for Fannin. Another Rebel sharp-shooter, Jack Gobble, added onto Fannin’s score by making a three point shot. As the second quarter came to an end, the Bobcats doubled their lead over Fannin from the first quarter with a score of 21-15.

As Gilmer’s lead grew, Fannin fought harder to catch up. Rebel, Payton Holt, contributed eight points overall for Fannin with his hustle. Rebel, Ryan Beavers, was the go to guy on the block who put eleven points on the board for his team. With the Rebels score increasing, so did their number of fouls. Bobcat, Carter Hice, scored two points for Gilmer off of foul shots. Out of Bobcat Tripp Pierce’s ten points, seven of them were from foul shots. The Rebels were catching up to the Bobcats at the end of the third quarter with a score of 34-31, cutting Gilmer’s lead from the second quarter in half.

At the start of the fourth quarter, it appeared to be anyone’s game. Gilmer kept passing inside while Fannin drove the lane and took outside shots. Although the teams had different methods, they both proved to be effective. That is, until the Rebels ran into foul trouble.

With the tension being very high, Fannin had two technical fouls called on them. One being on player, Chandler Kendall. The second being on head coach, Scott Eggleston. Gilmer chose Bobcat, Coady Cobb, to shoot the technical free throws.

With Gilmer’s score behind Fannin’s, Cobb made his first shot to tie up the game. Even with the high pressure, Cobb made his second shot, putting Gilmer in the lead. Cobb contributed six points overall for the Bobcats.

With Gilmer in the lead, Fannin fouled even more. Rebel, Chandler Kendall, fouled out towards the end of the quarter. As Fannin kept fouling, Gilmer’s score increased. As the clock started to wind down, Gilmer took a 52-46 win over Fannin which put them in the championship game to be played the next day.

The Bobcat’s win puts their overall record at 5-8 while the Rebels stand at 3-11. Catch the Gilmer Bobcats next game on January 5 at 8:30 as they travel to take on Northwest Whitfield! Or catch the Fannin Rebels next game on the same day and at the same time at home as they take on GAC!