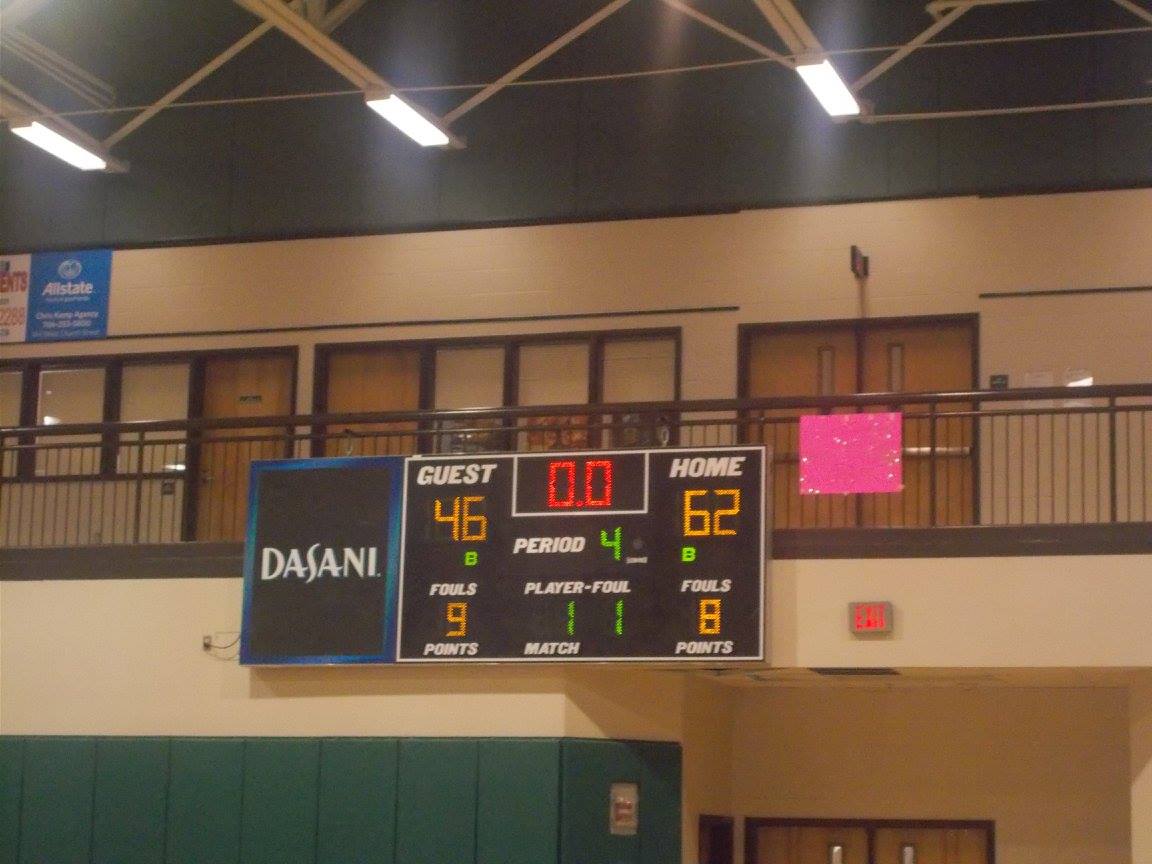 Earlier this evening, the PHS Dragonettes varsity basketball team hosted the Ridgeland Lady Panthers in a 7-AAAA region ball game. Coming into the game, Pickens were firmly in the 5th spot in the standings and looked to make that grip even tighter as they looked to get a repeat of their win in Rossville in early January and send the celebrating seniors and fans decked out in pink home happy.

In the 1st quarter, both teams came out slow on the offensive side of the ball. The scoring started quickly however as the Lady Panthers took a 13-9 lead into the 2nd. In the 2nd, the Nettes’ got things cranking. They outscored Ridgeland 17-12 to take a slim 26-25 lead going into the half.

As the 3rd quarter began, Pickens looked to add on to their lead. With the help of a 16-11 run, add on to their lead is exactly what they did as the Nettes’ took a 42-36 lead into the 4th. Holding a two possession lead going into the 4th and final quarter of play, Pickens sealed things with a 20-10 quarter run to come away with a 62-46 victory. The victory gives the Nettes’ a 7-6 record in region play and likely a 5th place region tournament seeding.

The Nettes’ will have one more game before getting ready for the region tournament. Pickens will host the Gilmer Lady Cats on Thursday in a make up game originally planned for December. Tip off is scheduled for 6 p.m. 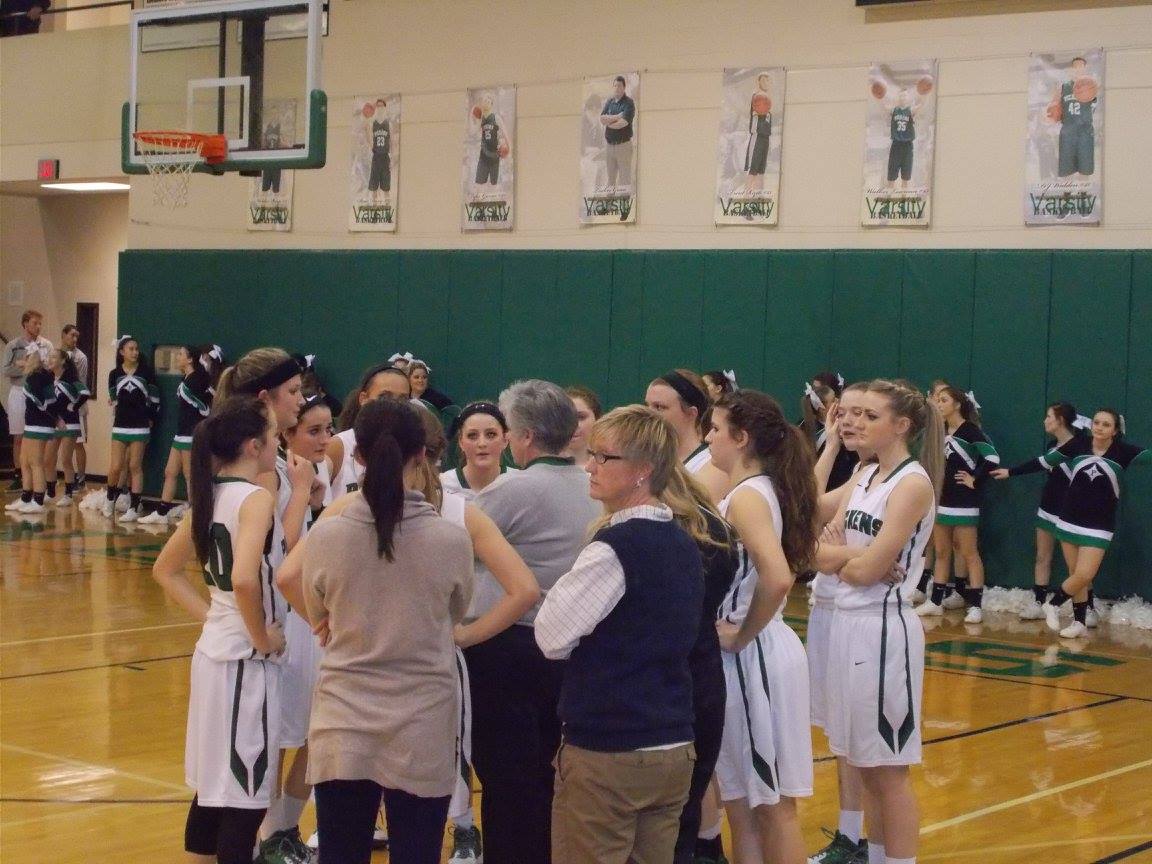 Last night, the PHS Dragonettes varsity basketball team hosted the Lady Bruins of Northwest Whitfield. Pickens, came into the game 3rd in the region while the Lady Bruins came in tied for 1st with Heritage, and ranked 10th in the 4A poll.

The first quarter started out back and forth with both teams feeling one another out. Northwest Whitfield took the lead by the end of the quarter 22-8. The Lady Bruins added to their lead in the 2nd quarter by using a 13-6 run. Northwest Whitfield found themselves ahead at the half, 35-14.

The Nettes now find themselves tied for 4th in the region with their next opponent, the Southeast Whitfield Lady Raiders. Pickens will travel to take on the Lady Raiders looking for the regular season sweep. Tip off is scheduled for 7 p.m. 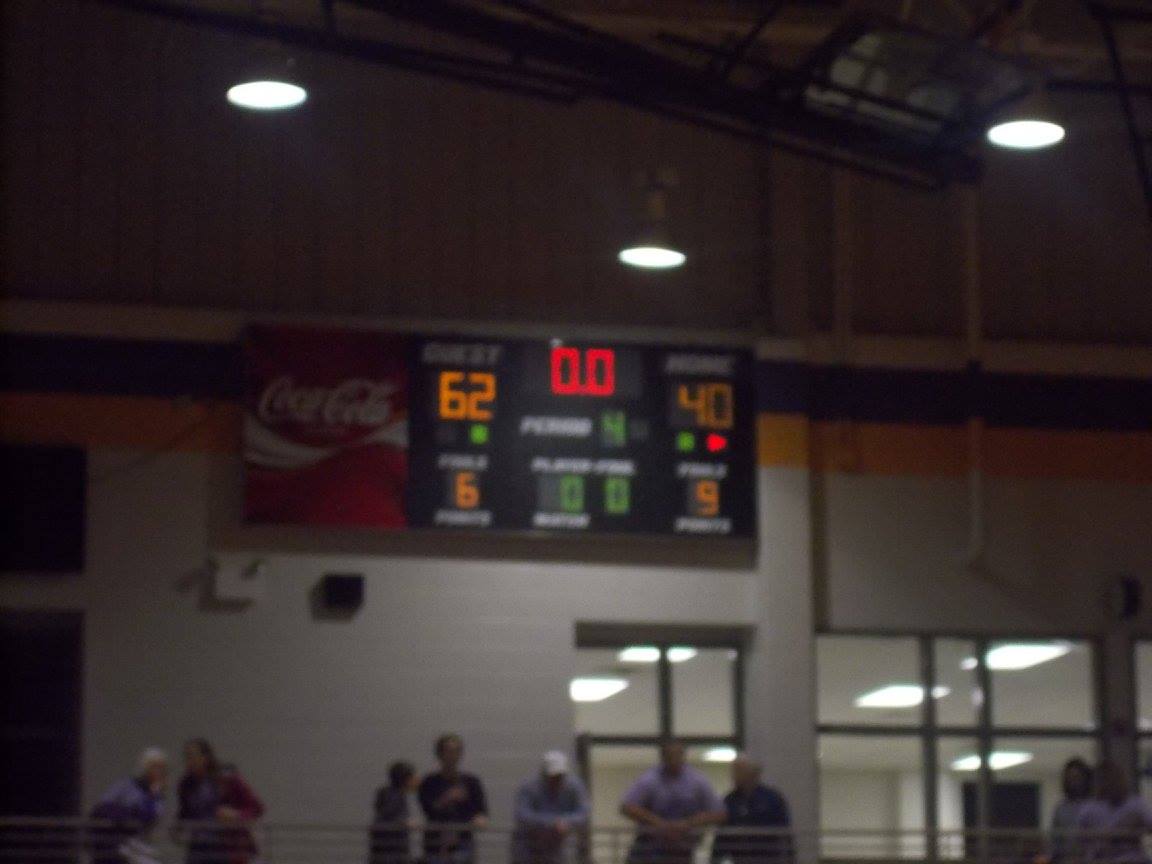 This past Friday evening, the PHS Dragonettes varsity basketball team traveled to take on the Lady Canes of Cartersville in 7-AAAA action. The Nettes’, came in riding a 4 game win streak with 3 of those 4 wins coming in region play.

In the first quarter, things went back and forth. Pickens came away with the first quarter lead, 12-9. Again in the 2nd, the ball game was tightly contested. The Nettes’ outscored the Lady Canes 13-8 to stretch their lead to 25-17 going into the half.

In the third, Pickens began to pull away. The Nettes’ used a 23-8 quarter run to grab a 48-25 lead going to the fourth. Cartersville outscored the Nettes’ 15-14 in the 4th, but that would not be enough. Pickens came away with a 62-40 win for their 5th straight. With the win, Pickens has now evened up their overall record at 9-9 and improved their region record to 6-2.

The Nettes’ will bring their 5 game winning streak back home on Tuesday as they host the region leading Heritage Lady Generals. Heritage is tied at the top with Northwest Whitfield at 7-2 with Pickens just one game back in third at 6-2. Tip off is scheduled for 6 p.m. 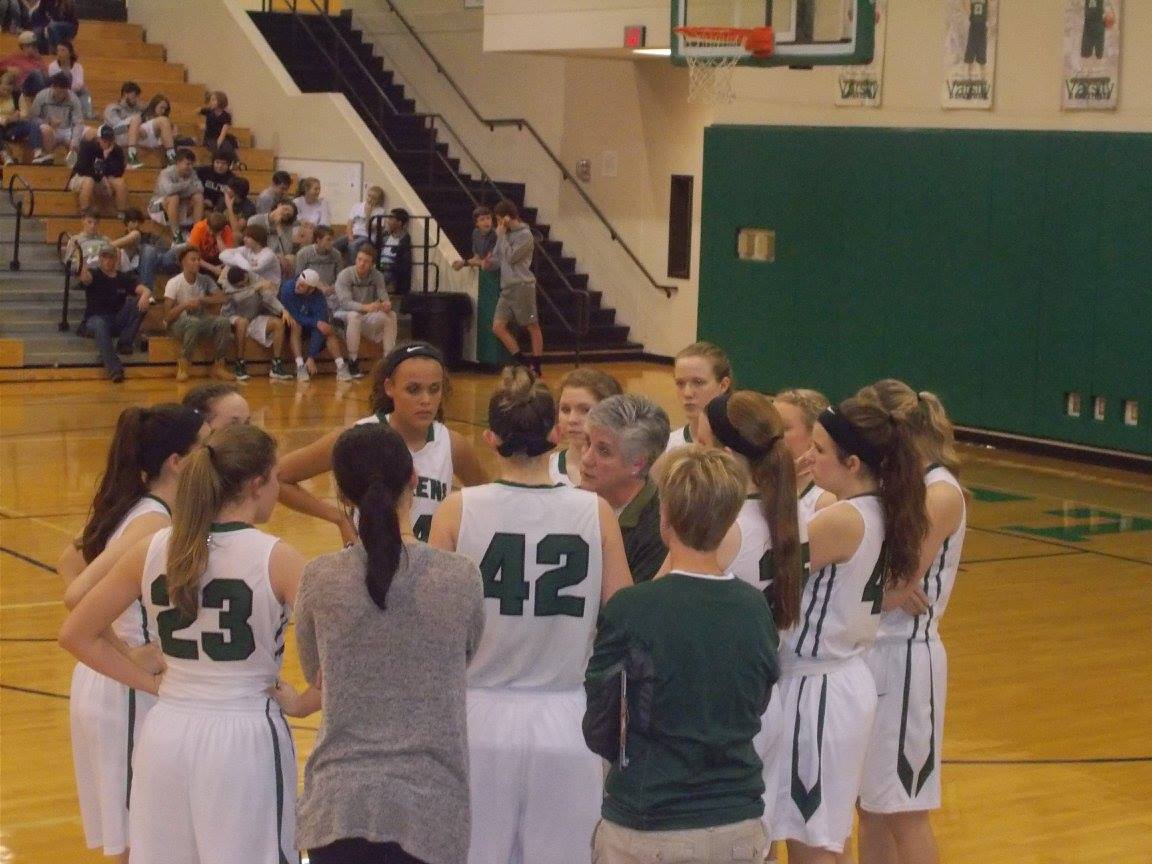 Yesterday, the PHS Dragonettes varsity basketball team hosted the Lady Grizzlies of Creekview in the first day of the Pickens Holiday Classic. This round robin tournament features schools from different classifications. Creekview is out of 5A.

In the opening quarter, both teams traded buckets. The Lady Grizzlies held the lead going to the 2nd, 10-8. In the 2nd, both teams continued to find offense. Creekview outscored the Nettes’ 14-9 in the frame to take a halftime lead of 24-17.

The Nettes’ will be back in action today in Day 2 of the PHS Holiday Classic as they take on the River Ridge Lady Knights. Tip off scheduled for 6 p.m. in the new gym. 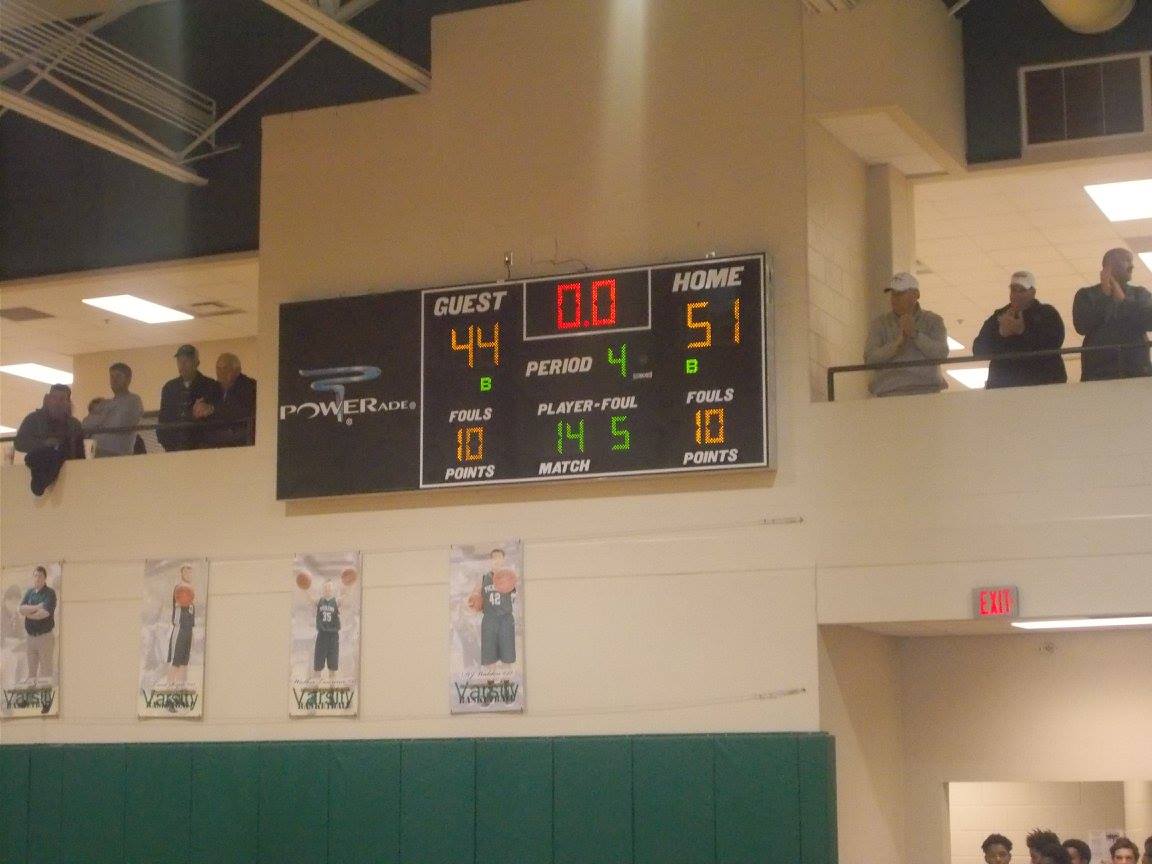 On Friday night, the PHS Dragonettes varsity team hosted the Lady Hurricanes of Cartersville in a 7-AAAA region match up. This was the make up game for the game that was originally scheduled for the 4th.

The beginning of the 1st quarter saw the Nettes’ come out with a 7-0 run. The Lady Canes then ended the opening frame with a 17-4 run to take the lead going to the 2nd, 17-11. In the 2nd, both teams had trouble finding consistent offense. Cartersville outscored Pickens in the quarter, 6-3, to take a 23-14 lead into the break.

More offenses woes continued for the Nettes’ in the 3rd, totaling only 5 points. The defense for Pickens kept them within striking distance by allowing only 5 Lady Canes points themselves as we went to the 4th, Cartersville ahead, 28-19. In the 4th, the Nettes’ offense awoke from it’s slumber and scored the same number of points in the quarter, than they did in the first three quarters combined. Pickens outscored the Lady Canes 19-10, to send us to overtime, tied at 38.

The Nettes’ were able to hit some key free throws and outscore Cartersville, 13-6 in the overtime period to get the win, 51-44. This was the first win for Pickens since the 1st of December against LaFayette.

The Nettes’ will be back in action tomorrow at home as they take on the Lady Tigers of Dawson County in a non-region game. Tip off scheduled for 6 p.m. 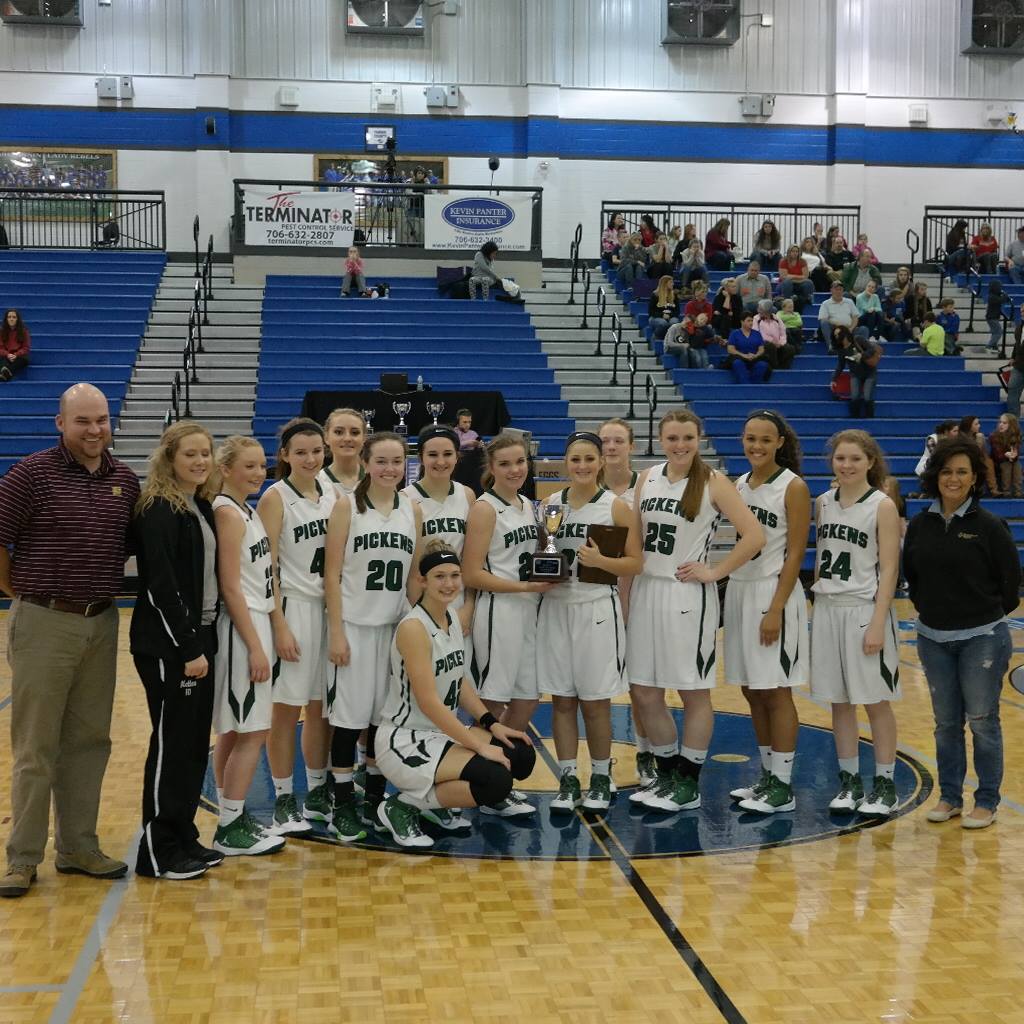 Earlier this afternoon, the PHS Dragonettes varsity basketball team traveled to Fannin County for the third and final day of the annual Thanksgiving Tournament to take on the Lady Cougars of Copper Basin (TN). A win for Pickens meant a runner up finish in the tournament, and an even season record.

It was a slow start to the ball game for both teams in the first quarter. The Nettes’ were able to gain the lead going into the 2nd quarter, 10-5. In the 2nd quarter, Pickens extended it’s lead with a 14-8 quarter run to take a 24-13 lead into the break.

The Nettes’ offense & defense picked up in the 3rd quarter as they held the Lady Cougars to just 2 3rd quarter points while scoring 21 in the frame to stretch their lead to 45-15 going to the 4th. Pickens sealed their win in the 4th quarter with an 11-5 scoring run to take it, 56-20. With the win, the Nettes’ took home the runner up trophy and are now 2-2 on the season.

Every Nettes’ player the got into the game scored at least a point for the team. The Nettes held Copper Basin to just 7 2nd half points while scoring 32.

Leading the way for the Nettes’ on the afternoon were:

The Nettes will now prepare for 7-AAAA region play as they will welcome the LaFayette Lady Ramblers to the Dragons Den for the first true home game of the season Tuesday, Dec. 1st. Tip off scheduled for 6 p.m. 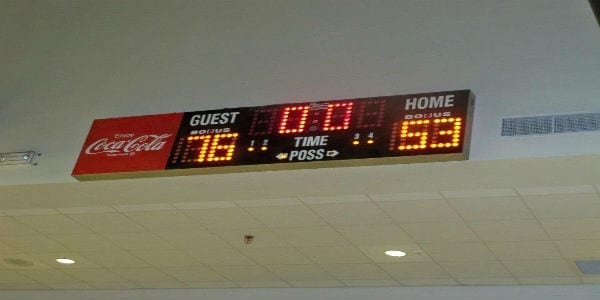 Last Tuesday, the Nettes Varsity Basketball team traveled up to LaFayette to take on the Lady Ramblers of LaFayette High School. This was the first region game for the Nettes on this young season as they looked to start it off right with a road win. The fans that made the long trip, would not be disappointed.