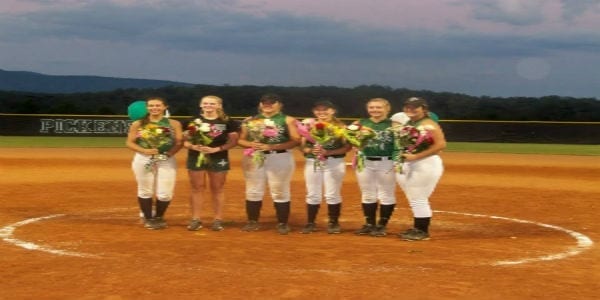 Last Night, the Nettes Fast Pitch Softball team hosted the Lady Spartans of West Hall at Nettes Stadium. For six seniors, it would be the final time they would step onto the home field. West Hall would start what would be a high scoring affair off early in the top of the 1st getting on the board and leading this one 1-0 heading to the 2nd inning. The Nettes would take their turn scoring in the bottom half of the frame sending 4 across to take a 4-1 lead after 2.

The Lady Spartans would counter in the top of the 3rd, sending 4 across themselves regaining the lead at 5-4. This lead wouldn’t hold for long as senior starting pitcher Jessica Ray would lead off the bottom of the inning with a homer to left tying things up at 5 a piece. The Nettes weren’t done as Angel Dement would step into the batters box and crank one out of the park to give the Nettes the lead back 6-5 as we would head to the 4th. In the 4th, the Nettes would add two more runs stretching their lead out to 8-5 as we would go to the 5th.

The bottom of the 5th saw the Nettes plate 4 more runs as they would make it 12-5 after 5. The Lady Spartans would add a run in the top of the 6th to make it 12-6. The final in this one would end up 12-6, closing the final chapter for these seniors home softball career with a win. After the ball game, Senior Night festivities would begin.

The six seniors, five players and one manager, would meet with their families at 2nd base then walk to the pitchers mound to be recognized for their achievements during their time at PHS and to be showered with hugs, gifts, and flowers from their coaches and teammates and even shed a few tears. These girls have one more region tournament to compete in next week in Dalton Oct. 6-11th.

To Kari Henke, Jessica Ray, Paula Pickett, Brooke Wilson, Kayla Howard, and Haley Kalson we say thank you for all you’ve done not only as athletes and students, but thank you for being incredible young ladies and role models. Good luck in all of your future adventures. 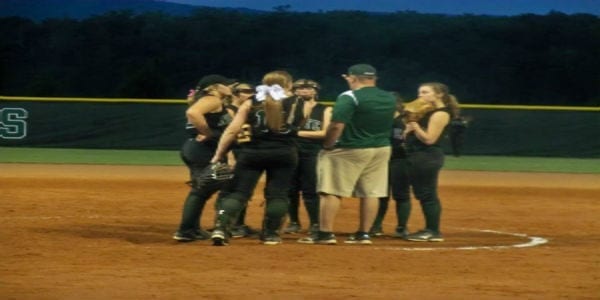 The Pickens High School Dragonettes softball team hosted the Southeast Whitfield Lady Raiders at Nettes Stadium, in what was the final regular season region game for the Nettes. The Nettes fell, 2-1. END_OF_DOCUMENT_TOKEN_TO_BE_REPLACED