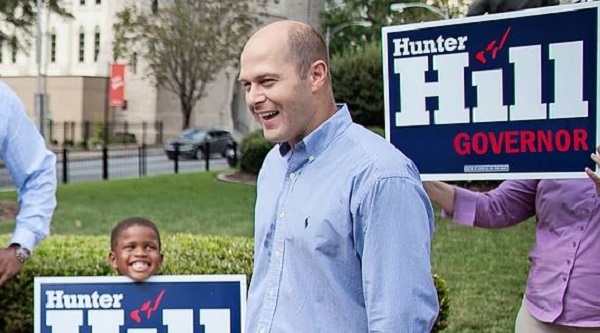 Constitutional conservative GA Senator and Candidate for GA Governor Hunter Hill came on the show this morning to discuss why he is running for Governor. Hill has been a member of the GA Senate since 2012 after returning home from his third tour of duty in Afghanistan. During this interview Hunter Hill talks about the importance of the core competencies that he would focus on in the state if elected as Governor. These being public safety, education, and transportation. Hill made the statement that the current restrictions on the education system is “stifling leadership” not just within the classroom but even into the administration within the schools. Hear all these details and more in this interview.

Do you remember in the 90’s when former President Bill Clinton announced that the United States. had reached an agreement with North Korea to freeze and dismantle their nuclear weapons program?

Do you remember when George W. Bush declared North Korea part of the axis of evil and he said “The United States of America will not permit the world’s most dangerous regimes to threaten us with the world’s most destructive weapons.” North Korea considered Bushes words just short of declaring war.

journalist that had crossed over into North Korea from China without a visa? North Korea agreed to the release of the two journalist but only if Former President Bill Clinton would come personally to meet with Kim Jong-il. Three Presidents, three failed attempts to solve the North Korean crisis.

The Trump Administration has warned Kim Jong-un not to launch anymore test ICBMs. Ignoring the United States’ warnings North Korea had a failed attempt Saturday to launch a missile, which exploded on the pad. North Korea showcased their ICBMs during their founders day parade on Saturday. These ICBMs fitted with nuclear warheads could reach Seoul South Korea, Tokyo Japan, and maybe even the west coast of The United States. I feel sure Secretary of Defence, James “Mad-Dog” Mattis, will bring this North Korean nightmare to an end. Which Clinton, Bush and Obama failed to do.

In this segment we also cover the media trying to figure out “the real Donald Trump.” BKP gives his opinion as to why Trump changed his position on China being a currency manipulator and and NATO no longer being obsolete.