Calling for help from parents and guardians, Dr. Wilson reminds them that using or sharing a vaping device is a violation of the Code of Conduct and could lead to criminal charges now as five students have been physically harmed by the devices this year alone. Two of these students have been hospitalized from their use.

With the rising popularity across North Georgia, this larger issue has reached through neighboring Gilmer and Fannin counties as well.

Wilson spends much of his statement informing citizens about the devices and what they look like, comparing them to ink pens, flash drives, and even a computer mouse. The devices operate by vaporizing a liquid solution for the user to inhale.

While these device’s websites and packaging say they are intended for use with nicotine and flavoring solutions, the real danger comes in this rise of using other drugs and solutions in the devices, Wilson states that students have been utilizing THC oil (marijuana) in the devices causing a higher concentration than other forms of ingestions or inhalation.

The issue worsens as other drugs besides THC is used. Wilson quoted a CNN report in his statement saying, “Water-soluble synthetics are easily converted into liquid substances. It makes it nearly impossible to tell what is inside someone’s vape. It could be nicotine, marijuana concentrate, or fruit-flavored nicotine-free ‘e-liquid,’ popular among kids. Or worst of all, it could be a deadly concoction of chemicals, known as synthetic drugs.”

Wilson goes on to note that a student may not even know what they are inhaling until it is far too late. He adds that in these vapes, students could be inhaling “meth, kratom, LSD, or other illegal chemicals.” 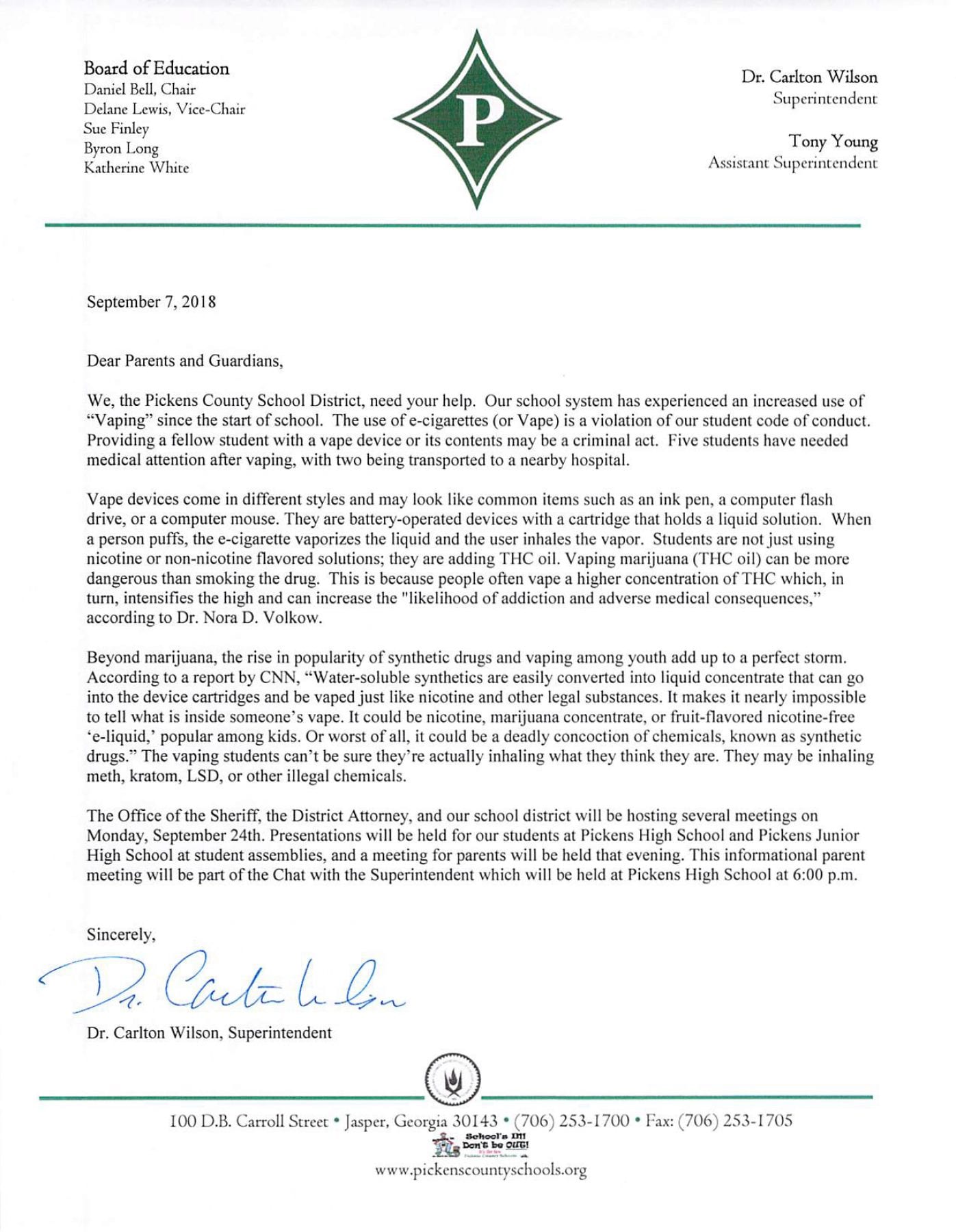