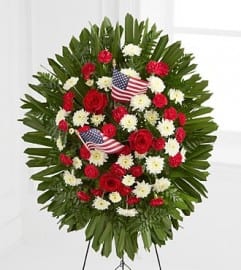 Retired SSGT Jimmy Lamar Walden age 65 of Jasper, Georgia, passed away on Tuesday, January 7, 2014 at his residence. Born July 7, 1948 in Caldwell Texas, he was preceded in death by his parents, Lamar and Marie Walden. Mr. Walden was a retired United States Army veteran, having served 21 years in the Army. He had also been employed with the United States Government as an engineer.

Memorial Graveside Services are scheduled for 9:30 a.m., Monday, January 13, 2014 at the Georgia National Cemetery in Canton, Georgia with Military Graveside Rites by the United States Army.

Arrangements and Services have been entrusted to the Staff of Roper Funeral Home & Crematory of Jasper, Georgia.

Online condolences may be sent to the family at www.roperfuneralhome.com