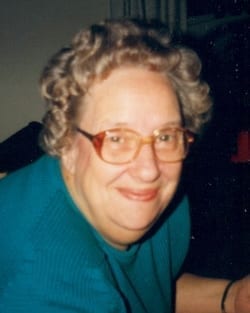 Mrs. Lilla “Jean” Stanfield, age 81 of Tate, Georgia, passed away on Friday, March 7, 2014 at the Cartersville Medical Center in Cartersville, Georgia, following a period of declining health. Born August 9, 1932 in Gilmer County, Georgia, she was the daughter of the late John Garrett and Lilla Jane Weaver Garrett. Mrs. Stanfield had worked as a cashier at Galaxy Food Store in Canton, Georgia and was a member of the Free Hope Baptist Church.

Funeral Services are scheduled for 11:00 a.m., Saturday, March 8, 2014 at the Roper Funeral Home Chapel, the Rev. Gene Childers will officiate, with the interment to follow in Cool Springs Baptist Church Cemetery.

Arrangements and Services are entrusted to the caring Staff of Roper Funeral Home & Crematory of Jasper, Georgia.