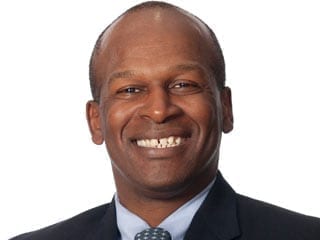 “I am extremely pleased that Vaughn Williams is bringing his leadership to the athletic director’s position at KSU, as we set our sights on becoming increasingly competitive in the top-tier of collegiate sports,” Papp stated. “Vaughn is well suited to grow and develop our athletic program, as he brings a wealth of experience in teambuilding, compliance, fiscal responsibility, administrative management, academics, fundraising and marketing. We are looking forward to his arrival.”

Williams has served for the past six and a half years as UConn’s associate athletic director, where he is responsible for strategic planning, facility master planning, and policy and procedure improvement. He also served as chair of the University of Connecticut’s Sportsmanship/Fan Environment Initiative Committee, which established the Husky Honor Program. A former student-athlete himself, Williams played football at the University of Massachusetts and believes strongly in the importance of athletes succeeding in the classroom, as well as on the field.

“I am very honored and excited to become part of the Kennesaw State University family,” says Williams. “Owl Athletics has made incredible progress as it has made the transition from Division II to the Division I level. I look forward to continuing and growing our presence regionally and nationally at the Division 1 level. The entire University is on an upward path toward excellence in all areas and I want athletics to be a key part of the building process. The vision we have is for us to be champions with integrity in academics, in the community and in athletics.

Williams currently directs the operation and management of 11 campus athletic facilities for 24 varsity sports and 600 student-athletes, as well as the university’s recreational/intramural program, which serves 3,500 participants. He also oversees the Huskies’ event management team that provides support to varsity sports, including the hosting of conference or NCAA post-season events. In addition, Williams is UConn’s home-game administrator for football and basketball games.

The project manager for all aspects of his university’s athletic capital projects – including a new practice football facility, and a track/field hockey/lacrosse facility – Williams has overseen a total of $53 million in capital projects for the Huskies to-date.

The university’s 12-member Athletic Director Search Committee was comprised of students, administrators and faculty, and was led by Thomas H. Keene, a professor of history and interim chair of the university’s Department of History and Philosophy. Keene also serves as chair of the KSU Athletics Board. Parker Executive Search assisted the committee’s search, soliciting input from various internal and external constituencies.

Kennesaw State’s athletics program made the successful transition to NCAA Division I competition in 2009, and now is embarking on a multi-million dollar fundraising initiative that is critical to making football part of the KSU athletic program. As athletic director, Williams will play a key role in this important initiative.

Another major assignment awaiting the new athletic director is the selection of KSU’s men’s basketball coach, to replace long-serving former KSU head basketball coach Tony Ingle, whose contract was not renewed for the 2011-2012 season.