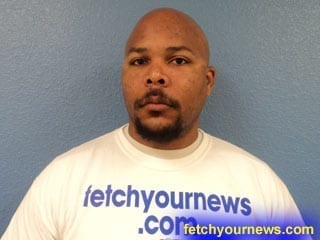 Now that we’ve adjusted to the fact that NFL football is back “like Jordan with the four five,” we can take part in the annual nerdgasm that is FANTASY FOOTBALL. Yes we can begin the trash talking and hand wringing that comes with watching our players either bring us victory, or leave us languishing in the jaws of defeat. Being the sports journalist that I am, I feel that I have an obligation to provide accurate fantasy advice to my readers, despite the fact that many people in my own fantasy league, started immediately after the lockout was lifted, often read my column. Journalistic integrity wins out over personal gain.Many people might ask, “Why should I listen to your FF advice? How do I know that you know what you’re talking about? Fair and pertinent questions, if I do say so myself, and I do. Unlike a certain four letter network’s helmet haired blow hard that claims to be a draft expert, yet has no actual credentials to back his claim up, other being able to talk louder than whomever he is debating with; I have several FF championships on my resume. In the last two years alone, I can boast of having one three different championships, and know I didn’t play in 20 plus leagues in order to gain those championships. Two years ago, I played in one league and won it, last year I played in two leagues and one both of them; one of which was a public league that I got to the draft later than the Octomom’s period, and went from worst to first. In total I’ve won about five championships since ’99, when I first started playing FF.

Speaking of the FF draft, it is extremely important to attend, sometimes. Often people can not make their league’s draft or come in late. As I’ve proven, that is not an insurmountable quandary to overcome, although making the league’s draft is the number one key to acquiring the best players necessary to win the almighty “championship” said in full high pitch imitation of the guy from the “T.J. who’s yo momma” commercial.

Most people will tell you that drafting the best running back available should always be your first choice. Those are all the same people who also told you that the Patriots were a shoe in to make it to the Super Bowl last year and that F.U.F. and Alabama were going to meet in the SEC championship. How’d that work out? The reason for this thought process is that running backs typically score a great deal of touchdowns and many leagues only give four points for passing touchdowns. While getting a great running back will never hurt, I think that the running back first mentality is an outdated one. It’s a passing league now, so securing stats building wide receivers is the key, for two reasons. The first is the aforementioned passing league, and the second is, every year there is a plethora of running backs that come out of nowhere to have big seasons, a la Peyton Hillis and Adrian Foster in 2010, both of whom helped me win the two championships I claimed last year.

My personal philosophy is to get matching quarterback and wide receiver, because they give you double points when the receiver catches a touchdown pass from the QB. Believe me it works. It’s also paramount to play close attention to guys who have big preseasons, sometimes. Mike Williams from Tampa Bay was a steal for me last year, and the only reason I knew to take him was because of watching preseason football. Also beware of highly rated rookies, it’s best to wait until they’ve played a few games in order to gage their success against NFL competition. Although some guys are just can’t miss, Percy Harvin, the first AND ONLY former F.U.F. gator I’ve ever allowed on my team, was a huge steal as a rookie for me. As much as I hated to take a gator, especially a head case like Percy, I knew he was going to be a beast and he was under the radar.

Speaking of Percy, it is of the utmost importance to know the rules of the league(s) you are in. Pay close attention to whether your league is a PPR (points per reception), gives less points for passing touchdowns, or includes individual special teams yards and defensive players.

In my league special teams yards and individual defensive players (IDP) are a significant part of the scoring. Why, because special teams and defensive are just as important, often times more important than, offense; therefore, in my league those stats count. To those who don’t count special teams and IDP’s, your leagues are junior varsity, and I have very little respect for them. Only true sports nerds need apply to my league.

To those who play in multiple leagues, I don’t judge; however, I’ve found it’s best to try to keep the teams as close to one another as possible, otherwise you run the risk of having to root for and against yourself in the same game.

That’s my preseason fantasy football advice. Draft wisely, pay close attention to guys who put up numbers despite not having a great deal of preseason hype, and to those who are in my league do the exact opposite of everything I said, I’m trying to “Three-Peat!”