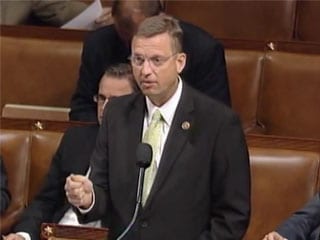 Representative Doug Collins went to the floor to speak in favor of an amendment that ensures VA executives don’t get bonuses. The congressman was one of many speaking in support of the amendment.
The VA has pushed back against the amendment, giving a statement on Wednesday saying the department must “remain competitive to recruit and retain the best people” to ensure quality service.

The ban on VA executive bonuses was passed as an amendment to the Military Construction and Veterans Affairs Act, which also passed the House on Wednesday.