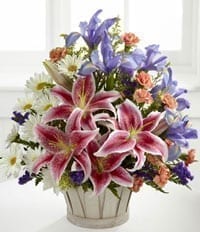 Helen Byess Pace, age 77, of Jasper passed away at Piedmont Mountainside Hospital in Jasper on Monday, January 12, 2015.She was preceded in death by her husband, Lou Pace and brother, Glenn Byess.

A memorial service will be announced later in the week.