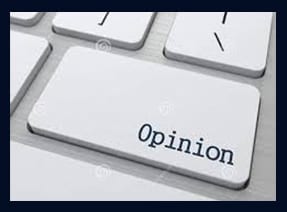 U.S.Military not exempt from Obama’s deception

When Dr.Terrence Lakin, former U.S.Army Lt.Col., began hearing of many legal challenges to Barack Obama’s Presidential eligibility, he, in compliance with his sworn oath (similiar to Obama’s),to “support and defend the Constitution of the United States against all enemies, foreign or domestic”, went through military channels for clarification of this issue. Receiving no help, he then wrote directly to Obama, asking him to confirm that a valid “Certificate of Live Birth” (required by Hawaiian law) had been filed by him in 2008. Previously, Obama never responded to others or referred them to a “Certification of Live Birth “(COLB) form which was posted on the Daily Kos website,as proof of his eligibility. In so doing, Obama lied to America. A COLB was not only inadequate for Presidential aspirants, as Obama, a Constitutional teacher, well knew, but his copy had also been declared fraudulent by computer document experts. Also, not once did he offer or even mention the existence of a valid “Certificate of Live Birth” (not a COLB), which might have confirmed his eligibility. Instead, he continued deceiving our Nation through the 2008 election! In Col.Lakin’s case, Obama completely ignored his letters; those of a man who had given 18 years of faithful allegiance to America and had merited a Bronze Star and became a leading flight surgeon charged with caring for the Chief of Staff’s pilots and air crews. Feeling that Obama’s authority to command had not been confirmed, Col.Lakin refused a second deployment to Afghanistan until this issue was resolved. For this, he was arrested and underwent a military court-martial, at which the presiding judge, Major-General Carla Hawley-Bowland would not allow him to introduce any Obama records in his defense “lest they prove embarrassing to the President”(her words). Unbelievable! If Col.Lakin’s attorney had wished to introduce the Constitution into the record because the oath taken to defend it was contained therein, would she also have rejected that request? The General’s obsessive concern to spare Obama “possible embarrassment” came from the realization that if Obama’s records confirmed he was not a “natural-born” American citizen, and, therefore, was never eligible for the Presidency by reason of possible dual national allegiance, it also meant he was guilty of treason and criminal conduct since he used fraudulent documents to deceive America. That’s the real “embarrassment” which the General feared,hence truth and Col.Lakin be damned! Is there still any wonder why Obama has spent over 2 million dollars to prevent disclosure?

The “sham” guilty verdict dropped onto Col.Lakin was followed by a dishonorable discharge, loss of all pay,benefits and imprisonment. The kangaroo court had done its job well. A man who had served his Country honorably was brought down by a Commander-In-Thief, Barack Obama, the only Presidential “pretender” in our History who has refused to produce a legitimate birth certificate and who unlawfully remains in Office to this day. Please reflect on that last sentence. Consider, also: two men took an oath to defend The Constitution. One, Col.Lakin faithfully did,for 18 years while the other, Obama, used lies, false documents and silence (aided by a subservient News Media),. as he plotted to upend, not defend that same Constitution. Obama did find time to fill out a form with names of basketball teams he favored in an upcoming tournament and to go on multiple vacations, including one to Hawaii at the same time Col. Lakin was “leaving” for Leavenworth,Kansas Penitentiary. How sad….one traveled in comfort while the other went in chains! Why? For seeking confirmation that the service and salute which every serviceman and woman rendered to their President was being received by someone entitled to command their allegiance. Col.Lakin, who spent years mending broken bodies now found himself incapacitated, not by enemy action but by a man who has repeatedly boasted of being “transparent”….unless his own eligibility was being questioned. Imagine….a faithful American soldier’s career destroyed by Obama so that his own would remain intact. His deception knows no limits and he shamefully accepts salutes from the Military he demeans so readily. In spite of the verdict that day it was the Military Court, not Col.Lakin, which was guilty of dereliction of duty. I ask, again, that all contact their elected representatives, on behalf of Col.Lakin, and demand this miscarriage of Justice be overturned! Remember these words reported in Newsday (NY newspaper) in August,2011:”The only people who don’t want to disclose the truth are those with something to hide.” The speaker….Barack Obama; the listeners….America!. No terrorist could have inflicted more serious wounds upon Col.Lakin than did Obama by ignoring the Colonel’s request for transparency. More recently, Obama spoke before an “open” microphone and America heard him telling his aides to “find a way around The Constitution.” Treasonous words, which spoke volumes as to Obama’s moral honesty. Taking an oath demands that one lives it.

Obama’s attorneys have fought against all court actions, including against subpoenas ordering him to appear in court with a valid birth certificate; subpoenas which were ignored and/or flatly refused by him. The Democratic Party, to its everlasting shame, failed to insist that he provide documentation confirming his eligibility, which might have mended, one way or another, a divided Nation. Instead the Party ridicules and dismisses all who dare question Obama’s eligibility, even going as far as to claim “racial intolerance” as motivating any questioner. I wonder if Herman Cain, Alan Keyes and others are included in their condemnation. Shameful, also, has been the conduct of the Republican Party, many of whom, along with Democratic counterparts considered the “legitimacy issue” as “insignificant”. Recall these words of Abraham Lincoln: “To sin by silence when they should protest makes cowards of men.” Obama lies and America dies. This “insignificant issue” is tearing America apart. Thank God there was no TV at Lexington,Concord or Valley Forge or the resolve of the Continental Army might not have survived after hearing such supporters. Ironically, Obama himself considered the “insignificant issue” so significant that, after initially keeping his records secret until public pressure for “transparency” prevailed, he allowed his fraudulent COLB to substitute for a valid Certificate of Live Birth for the purpose of deceiving America. Only in 2011, when States began considering requiring a valid “Certificate of Live Birth” before the 2012 election did Obama, realizing his COLB would no longer pass scrutiny,come up with a newly-found “long form Certificate of Live Birth”, which he posted on a Government website but which he would not allow the Hawaiian Dept.of Health to release their presumed copy for public scrutiny and verification. Two years after producing his fraudulent and ineligible COLB he now starts citing this “newly found form” as proof of his eligibility, a form which also is promptly labeled a “poor, fraudulent document by experts viewing it!
Col.Lakin made one simple request of Obama:produce a valid “Certificate of Live Birth” confirming your eligibility and I will gladly deploy to Afghanistan. To prevent disclosure of his sealed records Obama destroyed the career of a dedicated Offficer. What more damning proof must the Military “experience” to realize that, if necessary, Obama would “throw anyone under the bus” rather than jeopardize his own fraudulent status? Surely, he followed the progress of Col.Lakin’s trial and pathetic conviction with great concern, aware that he had the power and moral obligation (under his oath) to prevent this tragedy from continuing, yet he was also aware that disclosure of his fraudulent and/or non-existant documents would have sent him,not Col.Lakin, to prison.On the scales of Justice Obama allowed treachery to outweigh truth!

Remember, we are speaking of a man, Barack Obama, who will not release any legitimate copy of a birth certificate,school records, social-security records or, in fact, any records to confirm his Presidential eligibility yet had the effrontery during the 2012 election race to publically state that Mitt Romney should release twelve years of tax returns, in the interest of “transparency”, saying “those seeking the White House must know their life is an open book.” Open book? This from a man who won’t allow anyone to see if he even has a book! Had Mitt Romney offered to provide his tax returns if Obama offered to provide a valid birth certificate,etc.our Current White House resident’s surname would not begin with the letter O,

There is an old phrase which refers to judges ruling on issues,called “sitting on the bench”. It’s about time they begin “standing up” on this issue of such importance to the stability of our Nation and demand that Obama demonstrate the “transparency” he claims to possess by supplying the documents he has allowed others to suffer for. Let these words from Holy Scripture resonate with all: “If a blind man leads another blind man both fall into a ditch”. (Matthew:chapter 15,verse 14)