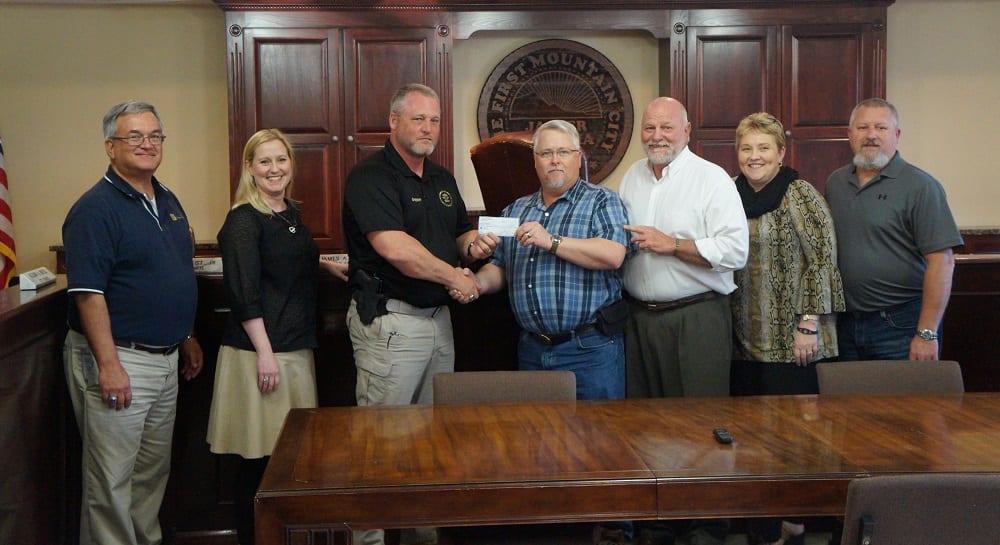 The Jasper City Council finalized and approved several purchases and services for the city Monday night, April 6. However, the city started their new business with an approval for the Pickens County Sportsman’s Club to utilize city land at Cove Creek and Cove Road for their Fishing Rodeo. Officially approved by the council, the event will be held in May from the 11th to the 14th.

The purchases for the city came in 3 motions to approve a 5-foot Asphalt Spreader that has the ability to go up to 9 feet for the cost of $50,000, a trailer for the Asphault Spreader not to exceed $7,700, and an Asphault Roller/Compactor not to exceed $15,000. The later two motions will allow the city to move forward as they continue searching for the trailer and roller/compactor so long as the price does not exceed the approved funding. Of course, excess funds will return as savings.

An emergency situation brought the council to its next approved purchase involving a HydroStop. The HydroStop would allow repairs to a line in the Hunter’s Ridge area while avoiding a possible 24 hour interruption of service for the surrounding area as the water tank would have to be fully drained before repairs could be made. This approval came as an emergency purchase as the council was brought concerns that the current patch on the leak may not hold long enough for the next council meeting and bids for the service to be taken.

Along with the purchases, Mayor John Weaver put a proposal before the Council to take finalize a Contract Payable to Lee Mullins. Inolving the sewer line that was put to the area of the Racetrac, the proposal would pay off a large portion of the remaining balance on the contract. The approved agreement would pay $150,000 from an investment account in the Water Fund and also the City would waive property tax and water bills outstanding. This is still pending to be agreed upon by Mr. Mullins. According to Mayor Weaver, it would also free up the sewer line for further developments and allow the council to set new tap on fees for it.
In the final part of the meeting, the council received a request from the Downtown Alliance to utilize the Roper Hospital Property for a invite-only market style gathering. The event was suggested in the request to be an 8-tent event to be held on Wednesday nights from 4:00 – 8:00pm beginning in May and ending in September. Approval was given by the council, while Mayor Weaver did mention the council would retain the right to revoke the allowance should any major issues arise.