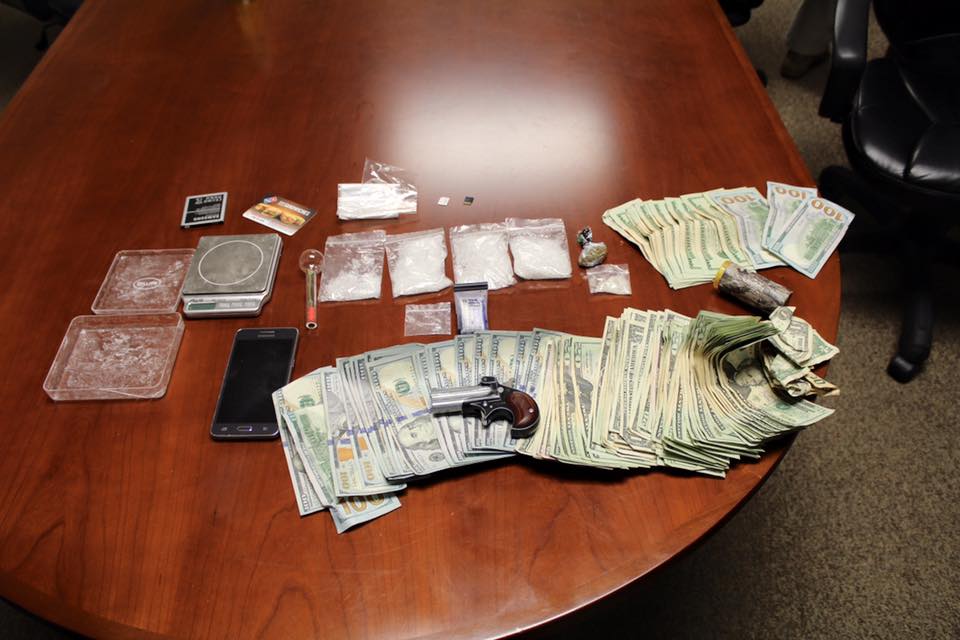 On May 10th, Tuesday evening,  around 4:00 PM, Deputy Tucker was returning to headquarters from apprehending a fleeing felon that he had to chase on foot and deploy his K9 partner – Flash. He noticed two suspicious people looking into the windows of a camper in the area of Refuge and Parker Roads. Deputy Tucker stopped to investigate and one individual gave him a false name (using a name of an individual that Tucker knew well). Deputy Tucker then ran a check of the motorcycle that the suspect was driving and it revealed that it was stolen.

After a brief altercation, where nobody was injured, the suspects were detained. A search of the suspects and the motorcycle yielded close to 100 grams of methamphetamine, a loaded handgun, and over $4500 in cash.

The suspects were later identified as Mason Pittman and Richard Yeaney. Both suspects were placed under arrest and transported to the Pickens County Adult Detention Center.