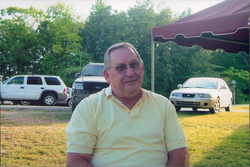 Mr. Gaddis was preceded in death by his sister, Wanda Baker.