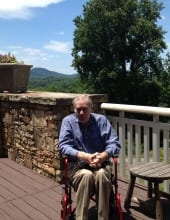 Mr. Robert Lewis “Bob” Via age 72 of Jasper passed away after an extended illness. He was born in Beckley West Virginia to the late Lewis Stewart Via and Opal Montgomery Via. Mr. Via was a graduate of Marshall University and later obtained his Master’s Degree from Virginia Commonwealth University in Hospital Administration. He retired from the Emanuel Medical Center in Swainsboro, Ga. as hospital administrator. He was preceded in death by his daughter, Erin Michelle Via.

Funeral Service will be 2 PM Tuesday January 24, 2017 at the Jasper First Baptist Church with Rev. Greg Pope officiating. The entombment will follow at Kennesaw Memorial Park.

The family request in lieu of flowers that memorial contributions be made to the Jasper First Baptist Church.

Arrangements have been entrusted to the Staff of Roper Funeral Home.