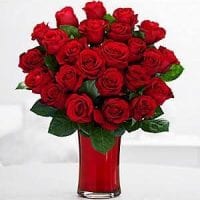 Peter Francis Hiro, age 62 of Jasper, passed away Wednesday, March 1, 2017 at his home. He was born July 29, 1954 to John Charles Hiro and Rosemary Purcell Hiro in Port Chester, New York.

Peter was the second youngest of eight children and grew up in Danbury, Connecticut. He attended Immaculate High School in Danbury, Connecticut and received a Bachelor’s degree in Education and Mathematics from Western Connecticut State University. He later obtained an MBA in Finance from Kennesaw State University, Michael J. Cole College of Business. He taught Mathematics at Immaculate High School for several years before he transitioned into a 30+ year career in the relocation industry where he was deeply respected.

Peter was a talented athlete, MVP and captain of his high school and college football teams. He loved being out on the golf course with his Saturday morning men’s group. He was a loving and devoted husband, father, step-father, and grandfather. Friends describe him as a generous, genuine, wonderful and kind person with a never-ending youthful smile on his face and always a warm hug to give. Peter was a man of great faith and deeply devoted to the Catholic Church.

He was preceded in death by his mother, Rosemary Hiro and father, John Hiro.

A funeral mass will be held at 11:00 a.m., Monday, March 6, 2017 at Our Lady of the Mountains Roman Catholic Church with Father Frank Richardson officiating.

In lieu of flowers, donations may be made to the Immaculate High School Adopt-A-Mustang Scholarship Fund at http://bit.ly/adoptamustang or mail to 73 Southern Blvd. Danbury, CT 06811.