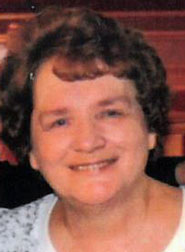 Mrs. Hester is preceded in death by her son Ronnie Lee Hester.

In lieu of flowers donations may be made to Cagle Funeral Home to help with funeral expenses.

Cagle Funeral Home is honored to serve the Hester family.