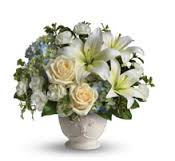 Mr. Harper is proceeded in death by his son Allen Duane Harper and Brother Willard Harper.

A memorial service will be held in the Cagle Funeral Home Chapel Friday November 3, 2017 At 5:00pm Revs. Larry Phillips and Marshall Clack officiating

The family will accept flowers or donations to Cagle Funeral Home to help with funeral cost.

Cagle Funeral Home is proud to serve the Harper family.