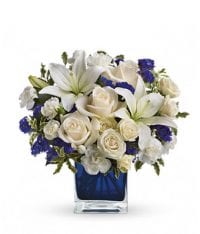 A memorial service will be held 3:00PM Sunday November 12, 2017 in the Cagle Funeral Home Chapel.

In lieu of flowers the family is requesting donations to be made to Cagle Funeral Home to cover funeral expenses.

Cagle Funeral Home is honored to serve the Beck family.