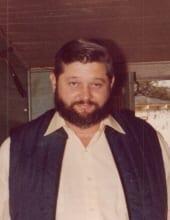 He was preceded in death by his mother and father David Childers and Mildred Johnson; brother, Ricky Childers; and son-in-law, Melvin Robbins.