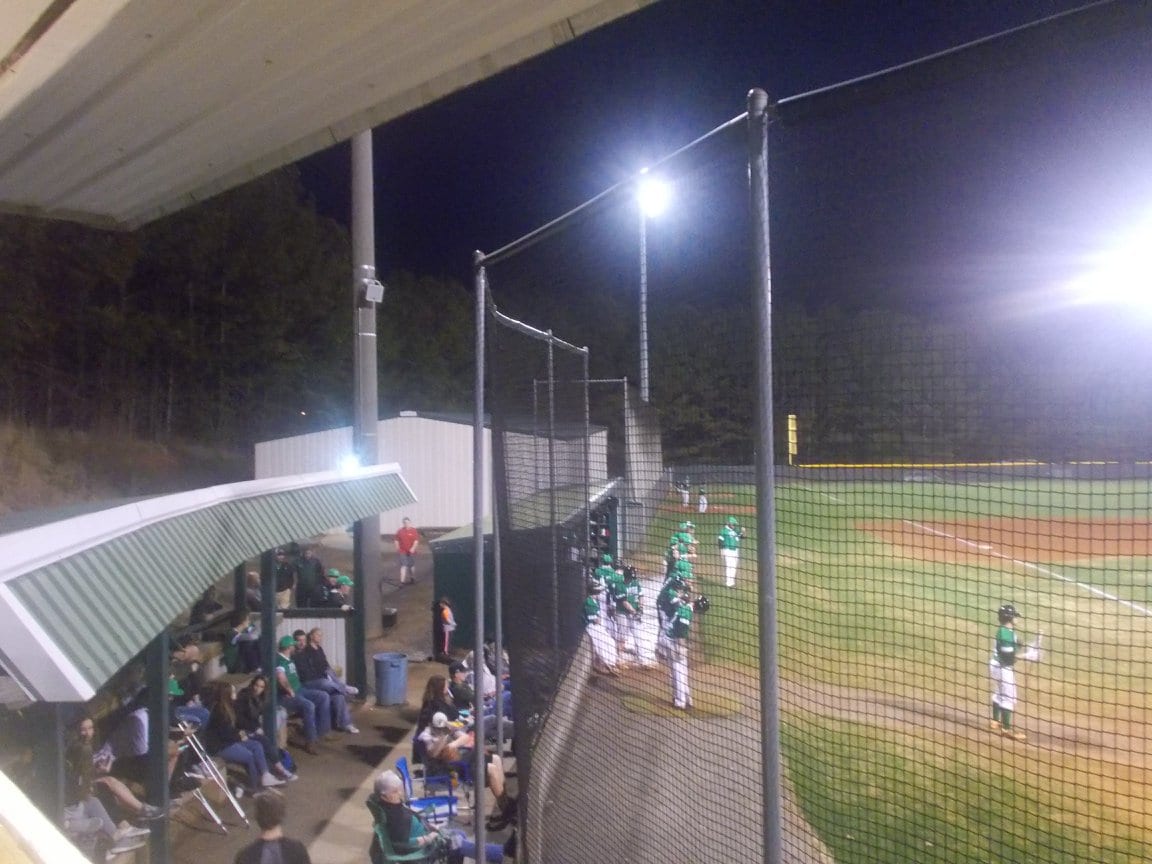 Late yesterday afternoon, the PHS Dragons varsity baseball team hosted the Rabun County Wildcats of gthe 2-A classification for their 2018 home opener. Pickens, came into the game 1-0 on the young season after defeating the Wheeler Wildcats out of 7-A on the road 13-11 on Tuesday. Prior to the game, the Dragons honored the late Shawn Mask, who died late last year. Standing next to a picture of Shawn, Shawn’s little brother threw out the ceremonial first pitch. 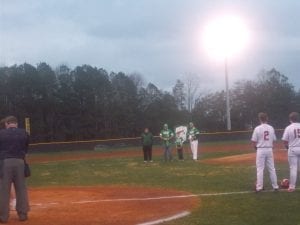 The starting pitcher for the Dragons was Will Lawrence. Lawrence, started off very well in the top of the 1st, striking out two batters. In the bottom of the 1st, the Dragons got on the board early after a 2-out, 2-run double by Chad Pacas. Pickens held a 2-0 lead over Rabun going to the 2nd. In the top of the 2nd, the Wildcats had a major threat developing. However, with the help of two more strikeouts from Lawrence, and a good defensive play at 3rd, Rabun was only able to score one run. Pickens would go down in order in the bottom of the inning to send us to the 3rd, Dragons ahead, 2-1.

The top of the 3rd, saw the Wildcats tie things up at 2 a piece after a passed ball. The Dragons would strand a runner at third in the bottom half of the frame, as that sent us to the 4th inning, tied up at 2. Pacas, came in for Lawrence in the top of the 4th & much like Lawrence, pitched very well. Pacas, was able to strike out two Wildcats in his first inning of work to keep us at 2 going to the bottom of the 4th. The bottom of the 4th was the key inning in this game. Pickens, batted around in the half inning, scoring 8 runs in the process. The Dragons, took a 10-2 lead over Rabun County to the top of the 5th.

Pacas, again struck out two batters in the top half of the 5th. He & Lawrence combined for 9 K’s on the night. RBI hits from seniors Dylan Huffman & Joseph Gossett in the bottom of the inning, gave the Dragons a 10-run lead and the win over Rabun County, 12-2.

Caswell Smith: 1-1 with a single

Pickens, will look to keep their winning ways going early on this season as they will be at Murray County this coming Tuesday to take on the Indians. First pitch is scheduled for 5:55 pm.