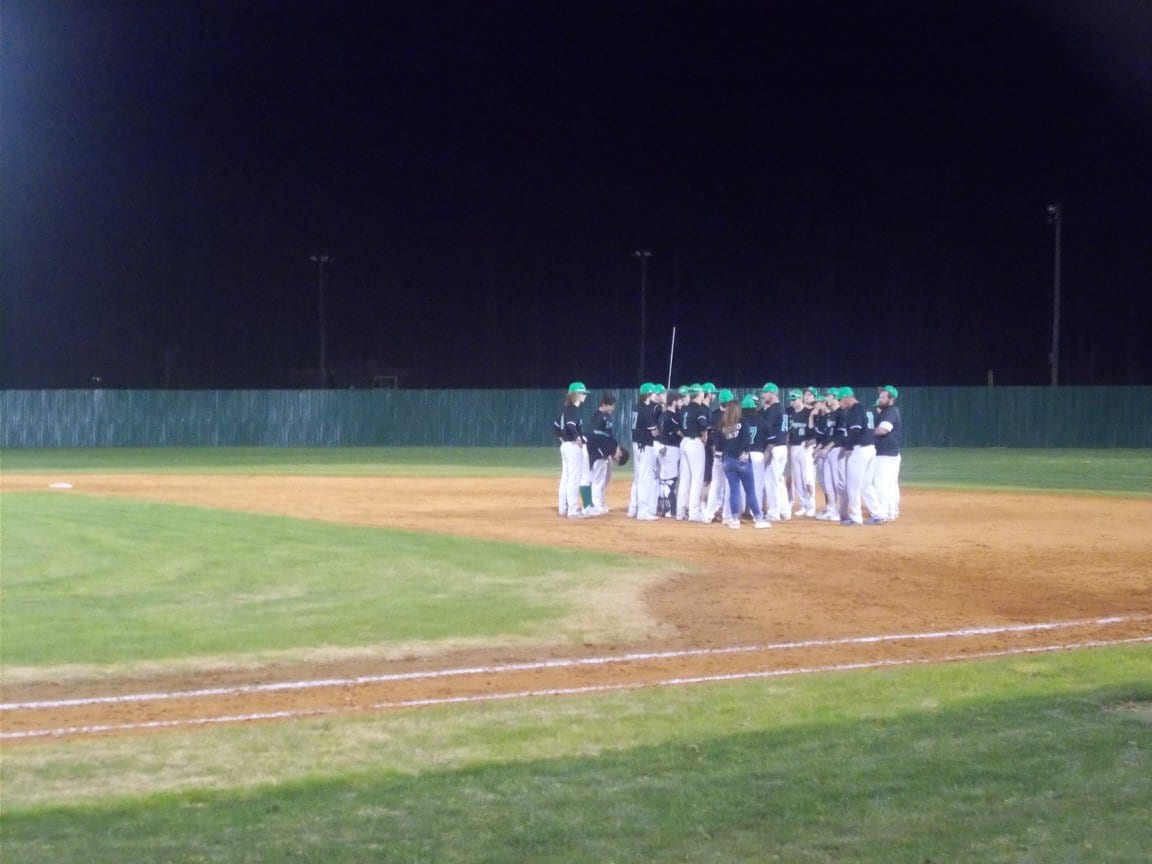 Yesterday afternoon, the PHS Dragons varsity baseball team, took to the road and headed to Chatsworth to take on the Murray County Indians. Through two games so far this season, the Dragons have been scoring runs in bunches, and looked to continue that trend against the Indians.

The bats were working for the Dragons early in the top of the 1st, as two runs came across to give Pickens the early lead. Starting pitcher for the Dragons, Colby James, pitched well during his outing & it started in the bottom of the 1st as he struck out two, & needed 13 pitches to work in the 1st. We would head to the 2nd, Pickens leading Murray County, 2-0. In the top half of the 2nd, Pickens added to their lead. Scoring 6 runs on 7 hits, & batting around in the frame. The Dragons, would lead it 8-0 going to the bottom of the 2nd. In the bottom of the inning, James added to his strikeout total by getting two more, & sending us to the 3rd, & the hot bats of Pickens back to the plate.

In the top of the 3rd, the Dragons had two more hits, & 1 run come across to score after a balk was called. Making it 9-0 Pickens, going to the bottom of the 3rd. In the bottom of the 3rd, the Indians got on the board after plating a run. James did not let that rattle him as he would strikeout the side to bring his total to 7 on the day. A 2-out double is all the Dragons would come up with in the 4th as it would be the only inning on the night where they did not score. In the bottom of the 4th, Isaiah Payne would come in for James & needed just 4 pitches to send us to the 5th, Dragons ahead, 9-1.

Two walks, & crafty baserunning plated Pickens a run in the top of the 5th, to give them a 10-1 lead over Murray County. Payne would collect a strikeout, & needed only 9 pitches to end the Indians portion of the 5th. In the top of the 6th, the Dragons plated three more runs on 3 hits to stretch their lead to 13-1 going to the bottom of the frame. Payne needed 5 pitches in the bottom of the 6th to get the Indians. The 10-run rule after 5 innings came into play & the Dragons took this one, 13-1 in 6 innings.

The Dragons scored 13 runs on 15 hits

Pickens, is now 3-0 on the season. So far they have outscored their opponents, 38-14. They will be back in action Saturday as they will take part in a tournament at Lakepoint. First up, the Roswell Hornets. First pitch for that one is scheduled for 1 pm. Pickens, will then take on the Vidalia Indians. First pitch for that game is scheduled for 6 pm.