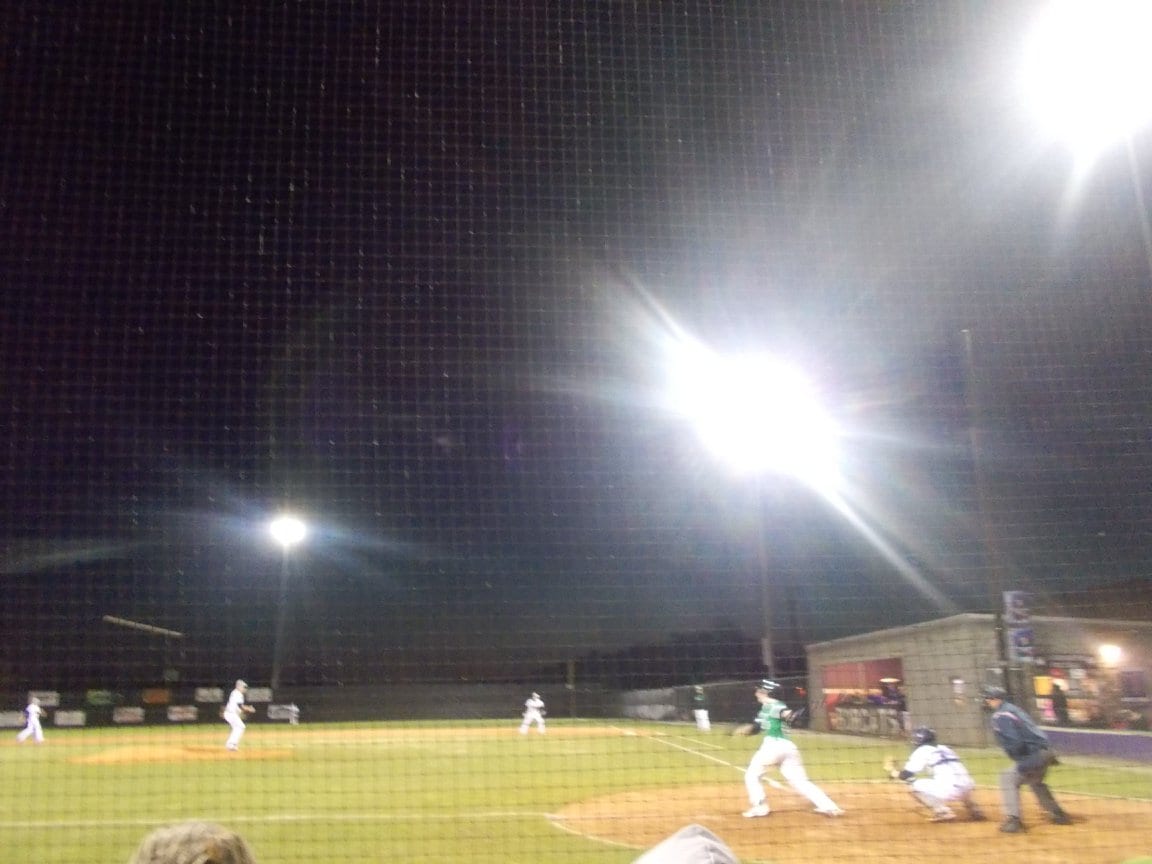 on a cold, somewhat windy night, the PHS Dragons varsity baseball team made the short trip up 515 to Ellijay to take on the Gilmer Bobcats in game 2 of the 3 game set. On Tuesday, Pickens used a late inning rally to get the win in game 1, 7-5, & looked to carry the momentum built in that dramatic win, over to this road game.

In the top of the 1st, Pickens got off to a quick start. Joseph Gossett & Jace Franklin had an RBI each in the top of the 1st for the Dragons as they raced out to an early 2-0 lead. The starting pitcher for the Dragons, Dylan Huffman, got out of an early jam in the bottom of the frame as Gilmer would leave runners at 1st & 3rd stranded. We headed to the 2nd, Pickens up, 2-0. The Dragons, had three runners come around to score in their half of the 2nd as Gossett & Franklin again provided an RBI each. Pickens now held a 5-0 lead over the Bobcats. Huffman, worked through the bottom of the 2nd, collecting his 2nd & 3rd K’s of the game, & sending us to the 3rd, Dragons leading Gilmer, 5-0.

Both teams were quite in the 3rd inning. Action picked up in the bottom of the 4th inning, when Gillmer loaded the bases with 1 out after two hits, & a walk. Huffman, was able to calm himself down, & strikeout the next two Bobcats he faced, to get out of the inning without giving up any runs. Pickens, still held a 5-0 lead, going to the 5th.

The Dragons, added another run in the top of the 5th, after Colby James came around to score after drawing a walk. In the bottom of the inning, Gilmer was able to get on the board, making it 6-1 Pickens, going to the 6th. The scoring, picked back up in the 7th inning as the Dragons batted around in the top half of the frame, plating 5 runs in the process, to stretch their lead to 11-1. Gilmer, plated 3 runs in the bottom half of the 7th, but it would not be enough as Pickens took this one, 11-4.

With the win, Pickens takes the series. These two teams will meet for the 3rd and final time this week as the Dragons will look to complete the sweep when they host the Gilmer Bobcats at Dragons Field. First Pitch set for 5:55 pm.