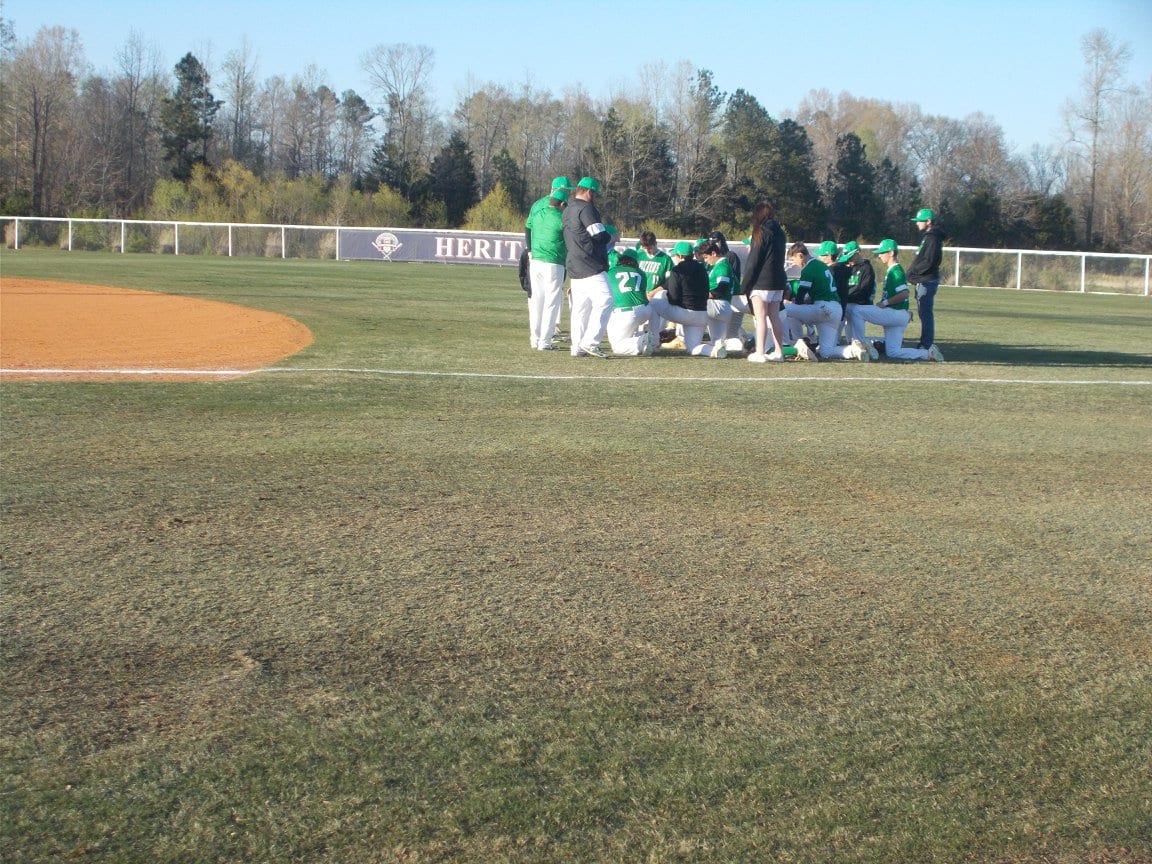 Yesterday afternoon, the PHS Dragons varsity baseball team, were once again in Ringgold to take on the Heritage Generals, in game 2 of their 3 game set. This game, was originally supposed to take place on Friday, but was moved up to yesterday, because of impending weather. Pickens, was looking to get back into the series after a tough first game on Tuesday.

The 1st inning saw the Dragons put the bat on the ball in the top half of the frame, unfortunately, those hits were right to General defenders & Pickens went in order. Dragons starter Dylan Huffman, needed 12 pitches to get out of the bottom of the 1st, as he struck out two Heritage batters in the process. The Dragons had a good start to the top of the 2nd with a lead off single from Jace Franklin, but a double play turned by the Generals stopped any potential scoring chance. In the bottom of the 2nd, Heritage was able to get on the board after plating 5 runs to take a 5-0 lead, going to the 3rd.

In the top of the 3rd, Pickens got a pair of 1-out singles from Hunter Hermann & Brady Moore, to set the Dragons up with a good scoring opportunity. The Generals however, got a ground ball & a fly out, to get out of the top of the 3rd. The bottom half of the 3rd saw Heritage plate another run to extend their lead over the Dragons, 6-0, going to the 4th. Pickens, got a 1-out single, & a 2-out double from Colby James in the top of the 4th, but again, the Generals were able to manage to escape the threat without any damage done. Heritage, would score 8 times in the bottom of the 4th to make it 14-0. The ball game would be called after the top of the 5th due to run rule, as the Generals got the win, 14-0 in 5 innings.

Brady Moore: 1-3 with a single

Jace Franklin: 1-2 with a single

Caswell Smith: 1-2 with a single

Colby James: 1-2 with a double

Hunter Hermann: 1-2 with a single

These two teams will meet again this afternoon for the 3rd & final game of the series. Game 3 will be at PCMS, with a start time of 5:55.