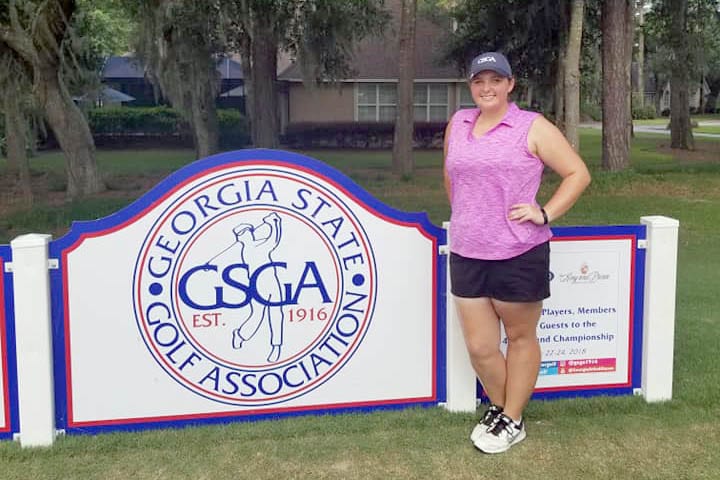 Pickens County High School’s Katherine Densmore spent some time in St. Simmons GA this week as she hit the links for the 2018 GA Junior Grand Championship Golf Tournament.  This year the tournament was held at King and Prince Golf Club and produced some exciting golf .  Top lady golfers from all over the State of Georgia attended this tournament with hopes of being crowned Grand Champion.

and of course your typical South Georgia golf fan…the alligator.  On day one, Densmore came with guns loaded and ready to have a good round and shoot a low score.  She had her best round on day one with a 76 placing her in third heading into round 2.  After a good 1st round, Katherine was hoping to continue to be consistent and that she did.  with a 2nd round score of 81, Densmore found her sitting in a tie for second place 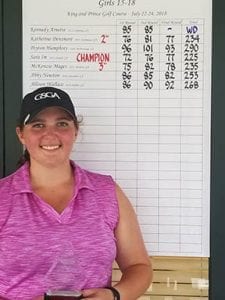 but still within striking distance for the top spot.  In the third and final round, once again she stayed with consistency that she had shown the previous two day.  With a final round score of 77, Densmore took away all chances of anyone moving past her as she finalized her spot in second place on the leader board.  Densmore finished second overall with a three day score of 234 just short of the first place three day score of 225.

With this tournament, Katherine Densmore ends her summer tour of golf as she prepares for her senior year as a Dragon at Pickens County High School.  This year will be bitter sweet for Densmore as she will play her final season as a high school golfer.  Congratulations and best of luck in the 2018-2019 season.