This week’s #TeamFYNSports Sports Writer Player Of The Week is CJ Streicher. The Junior signal caller had a monster game on the ground, helping Pickens defeat Pepperell for the first time in school history, & improving to 2-0 on the young season. Streicher carried the ball 24 times on Friday night for a total of 144 yards, & scored three times. While Streicher wasn’t asked to throw it much this game, he still showed he can air it out a bit, completing a 45 yard bomb to Senior WR Zach Goss. Streicher also caught a pass for a 21-yd gain. All in all, Streicher totaled 210 yards of offense on the night.

Pickens, will now turn their focus to next Friday night as they will welcome in the White County Warriors for a non-region tilt at Dragons Stadium. Kick off is set to begin at 7:30, so make plans to come out and see Streicher, & the rest of the Dragons in action. 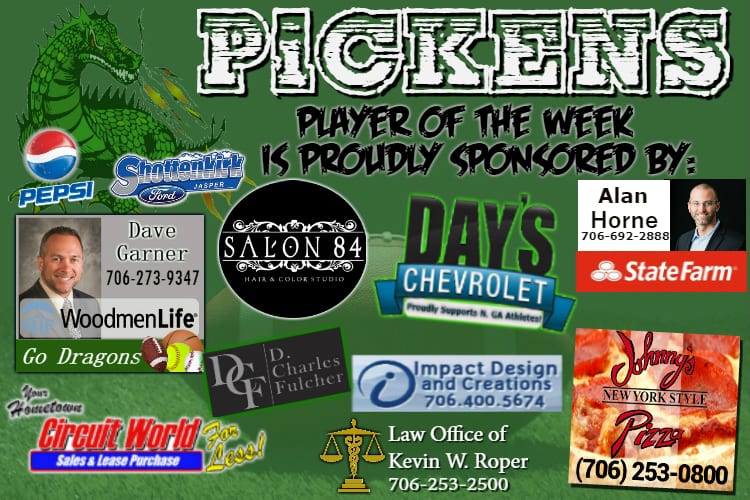