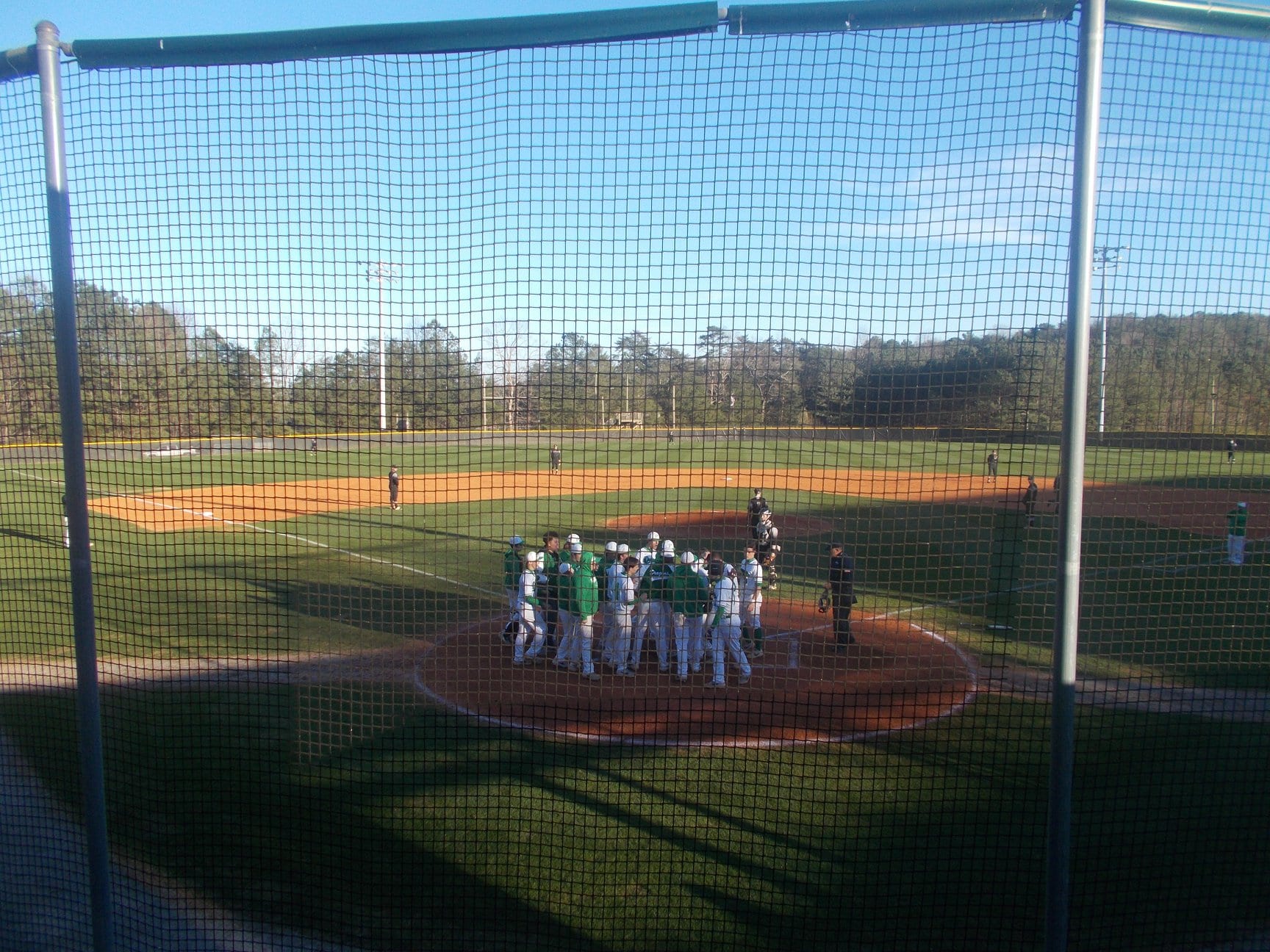 It was a chilly afternoon at the ball park yesterday as the PHS Dragons varsity baseball team hosted the Southeast Whitfield Raiders in a 6-AAAA opening series. On Tuesday, the Dragons won game one 6-3 at Southeast Whitfield, & looked to take the series by winning game two of the three game set at home.

College of Charleston signee Caswell Smith took the mound & threw well against the Raiders. Smith needed 11 pitches to get out of the top of the 1st, & send the Dragons bats to work. Coastal Carolina commit Brady Moore got things going with a leadoff double, & Smith helped himself out by launching a 2-run shot over left-center. Tyler Vreeland then singled, & Will Lawrence would bring in Jarod Whitmore, who courtesy ran for Vreeland. Going to the 2nd, Pickens led 3-0. Smith found himself in a little jam in the top of the 2nd, but was able to get out of it with no damage done. Pickens plated a run in the bottom of the frame, as Colby James drove Jacob Kirchoff in on a fielder’s choice to make it 4-0 Dragons going to the 3rd.

Smith collected his 1st strikeout of the game in the top of the 3rd as he again got out a potential jam. Pickens had a two out rally in the bottom of the 3rd as Hunter White got on with a single, Kirchoff walked, Moore drove in White with a single, & Kirchoff & Moore came into score on passed balls to make it 7-0 Dragons going to the 4th.

With the win, Pickens has taken the series from the Raiders in this three game set. The third & final game of the series will be later this afternoon at Southeast Whitfield. First pitch is set for 5:30 pm.