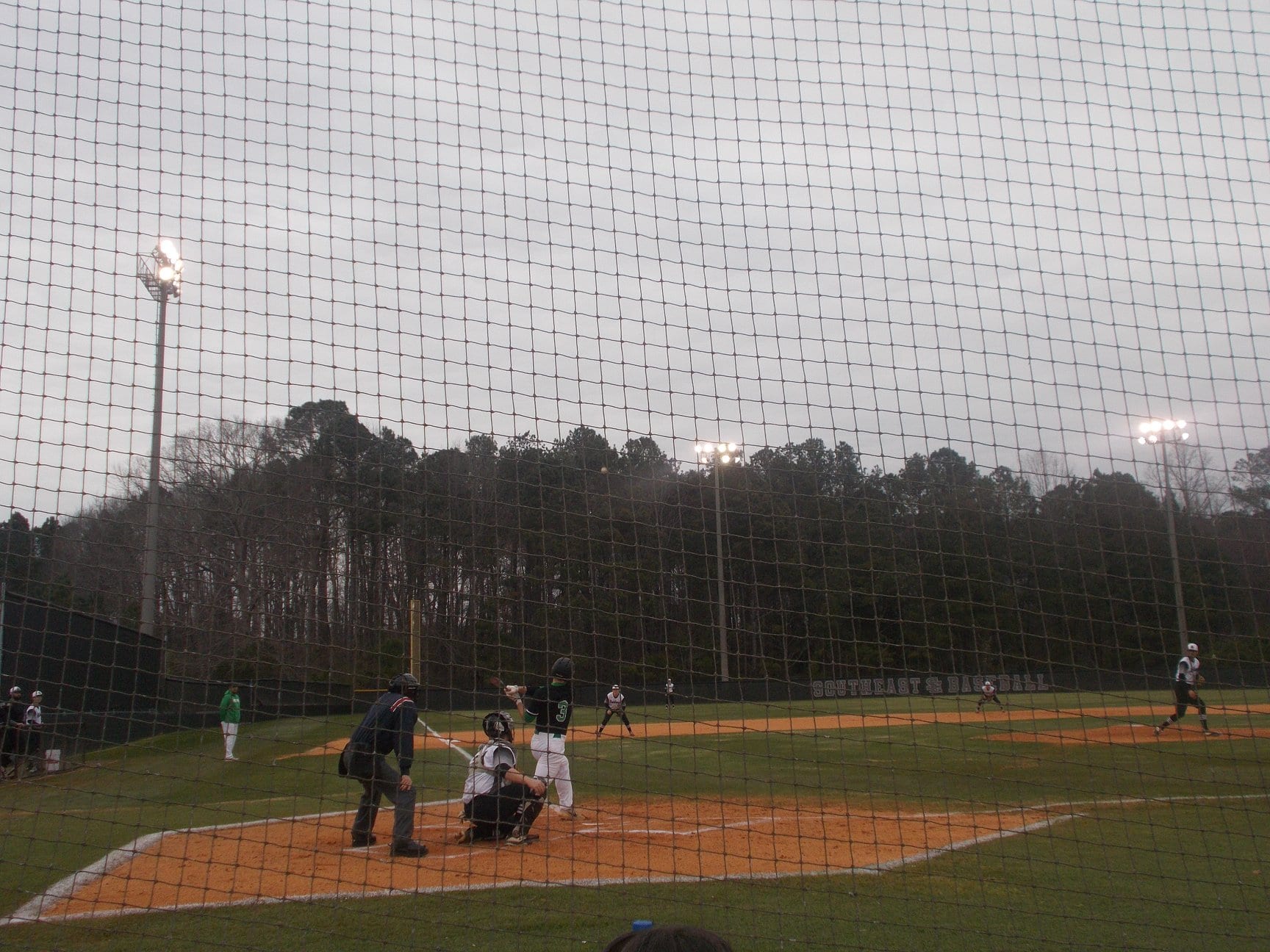 Yesterday, the PHS Dragons varsity baseball team headed back to Dalton to take on the Southeast Whitfield Raiders for the 3rd and final game of the series. Pickens, won the first two games by a score of 6-3 & 7-2, getting the series win. They went into Southeast Whitfield looking to complete the sweep.

The Dragons, had an early threat in the top of the first, with 2 hits, but left 2 stranded with nothing doing. Dragon starter & Wallace State signee Will Lawrence got the start & pitched really well. The Senior needed only 13 pitches to get out of the bottom of the first. During that frame, Lawrence collected two strike outs. In the top of the 2nd, catcher Austin Chester led off with a single, & Hunter White brought in Jarod Whitmore, who was courtesy running for Chester, to give the Dragons a 1-0 lead. Lawrence got into a bit of a jam in the bottom of the 2nd, but the Raiders were held scoreless, & Pickens took a 1-0 lead into the 3rd.

In the top of the 6th, Pickens had a major threat going as they looked to get back into the game in the later innings. The Dragons did plate a run as a Hunter White walk brought in Colby James. That’s all the Dragons would get however as they left the bases loaded, now trailing, 4-2.

In the top of the 7th, Brady Moore led off with a double, stole 3rd, & came in to score after an overthrow by the Raiders catcher on a pickoff attempt. Southeast Whitfield was able to recover & hold on to get the win, 4-3.

Tyler Vreeland: 1-4 with a single

Pickens, is now 2nd in 6-AAAA after the first week of region play at 2-1. Next week, they will host the team they are tied in 2nd with, the Heritage Generals. Game one of the three game series will begin on Tuesday at Dragons Field. First Pitch is scheduled for 5:30.