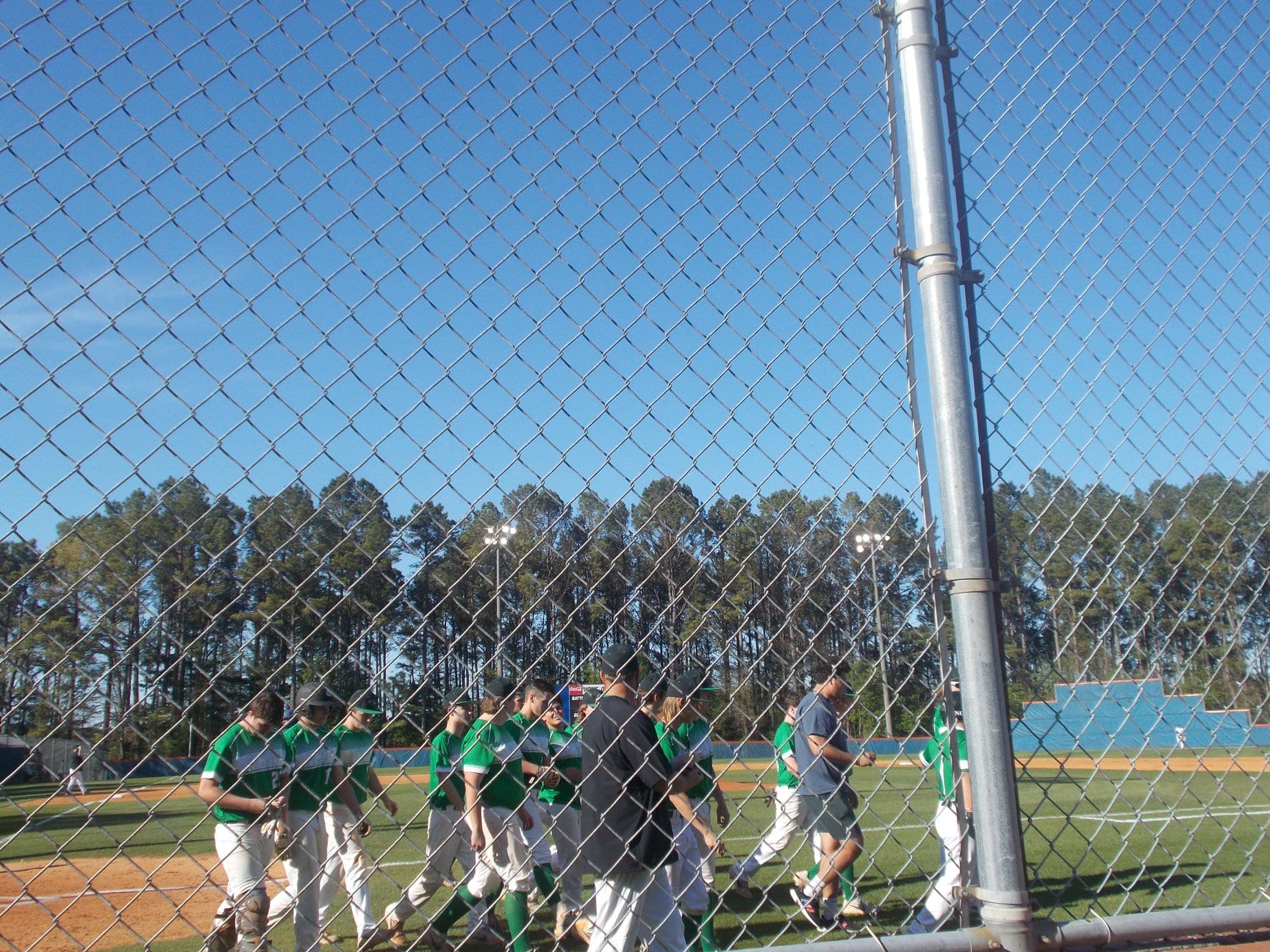 It was a hot one yesterday afternoon as the PHS Dragons varsity baseball team traveled up to take on the Bruins of Northwest Whitfield for the 2nd straight day. On Tuesday, the Dragons fell 3-0. Yesterday’s game, was originally scheduled for Friday, but with storms on the way, they bumped it up to Wednesday. In any event, Pickens came into the game looking to even up the series.

In the top of the 2nd, Austin Chester led off with a double & it looked like the Dragons were poised to add to their lead. The Bruins however, got a double play, & then a strikeout to end any scoring chance in the 2nd for Pickens. Northwest Whitfield, scored a run in the bottom of the frame to even things up at 1, going to the 3rd.

In the top of the 3rd, the Dragons again had another scoring chance with runners on 2nd & 3rd with 1 out, & then runners on 1st & 3rd with 2 outs. Somehow, the Bruins were able to escape those dcoring threats & the game remained tied at 1. In the bottom of the inning, Northwest Whitfield scored 4 runs to make it 5-1, going to the 4th.

There would be no scoring till the 6th inning as Hunter White knocked in Chad Pacas in the top of the frame to make it 5-2. The Bruins, were able to counter with 3 runs in the bottom of the 6th, to make it 8-2. Northwest Whitfield, would take this one by a final of 8-2.

Game 3 of the series will be this afternoon at PJHS. It is also the annual pink out game as the Dragons are raising awareness in the fight against breast cancer. Come out to the ballpark, wear pink, & cheer on the Dragons as they look to get a big home win. First pitch is set for 5:30.

Jacob Kirchoff: 1-3 with a single