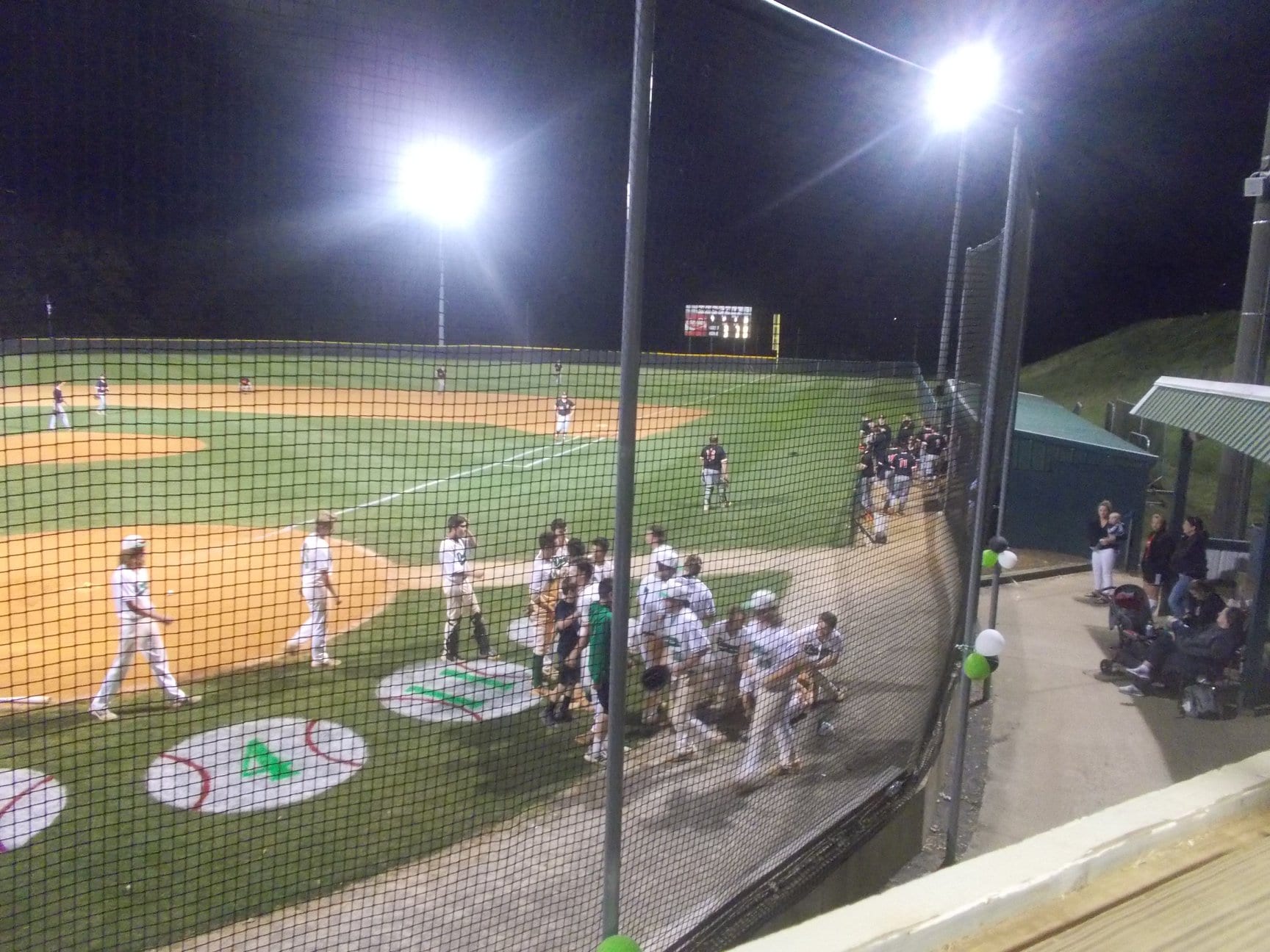 Yesterday, the PHS Dragons varsity baseball team hosted the LaFayette Ramblers at PJHS for a doubleheader to close out the regular season. Pickens, defeated the Ramblers on Tuesday at LaFayette, 2-0, behind a complete game shutout by Colby James, & looked to win the series, & to finish 3rd in the region heading into the state tournament. It was also Senior Night as the Seniors were recognized in between games.

With the way Smith pitched, the Dragons only needed 1 run as Smith tossed a complete game, no-hit shutout as the Dragons took the first game of the doubleheader, 5-0.

The 2nd game was started by another senior, & another college signee. Will Lawrence, who is signed with Wallace State to continue his baseball career, took the mound for the final game of the series. Lawrence got off to a good start, striking out the side in the top of the 1st. In the bottom of the 1st, Brady Moore, led off with a walk, stole 2nd, stole 3rd, & scored after the ball got passed the 3rd baseman. Dragons led, 1-0.

Pickens, held that 1-0 lead over the Ramblers until the top of the 4th, when LaFayette plated 2 runs to take a 2-1 lead. Their first lead of the game & of the series. The Dragons, retook the lead in the bottom of the 5th with 2 runs of their own to make it 3-2. LaFayette answered right back with a run in the top of the 6th, to tie things up at 3 a piece.

With 2 outs in the bottom of the 7th, catcher Tyler Vreeland got on base with a single. Jarod Whitmore would then be brought in to courtesy run for Vreeland. Whitmore, would steal 2nd, then make his way to 3rd after the ball got passed the infield & into the outfield. Whitmore, would  then come home to score the game winning run on a wild pitch. Pickens, finishes the regular season in exciting fashion winning 4-3.

Pickens, finishes the regular season at 19-11, & 12-6 in region play. The 19 wins are the most in a season for any PHS Baseball team. The Dragons, will represent 6-AAAA as the 3rd seed & take on the 2 seed out of region 7, the Marist War Eagles, in the first round of the 4A State Baseball Tournament. First pitch is set for Wednesday at 5:30.