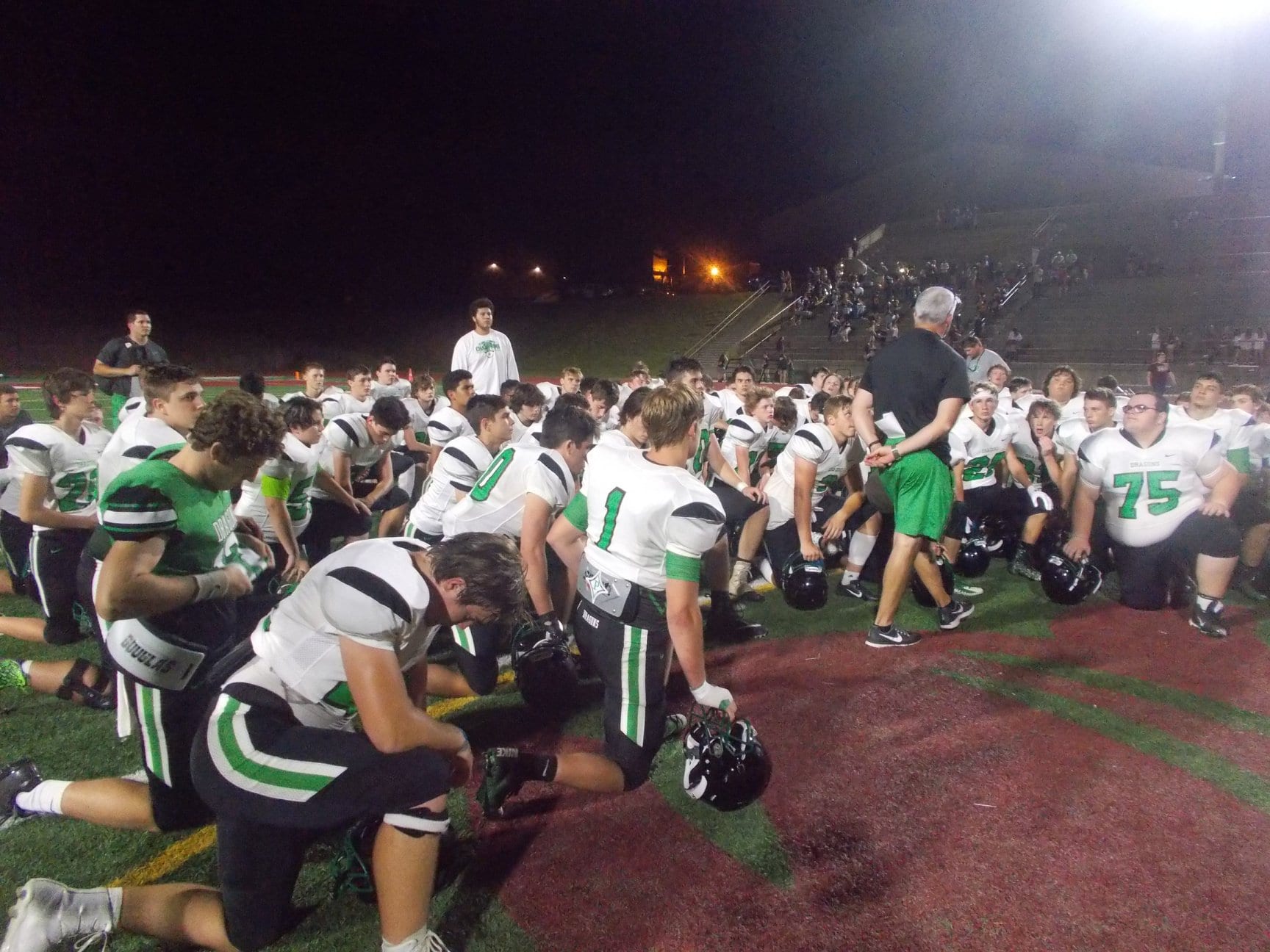 It was a hot one last night in Dawsonville as the PHS Dragons football team made the short trip over to Dawson County to take on the Tigers in the finale of spring practice. The last several years these two teams have played against each other in the spring game. Both teams are coming off of playoff appearances in the 2018 season, and looked to build momentum heading into the 2019 season.

The story for the first half, which was played by the varsity squads & the takeaway from the first half was defense. Neither offense could get anything going as the defense for both squads were very impressive for having been together for just two weeks. In the Dragons case, they were led by new defensive coordinator Grant Myers. Coach Myers came to PHS from Splading High School. The defensive line is still intact from last year, but other than that, there are many new faces in the linebacker & DB groups. Speaking of the DB group, a familiar face has been tasked to lead them as PHS Athletics Hall of Fame inductee Jordan Shaw, has returned to PHS to coach the DB’s. Another new defensive coach that is set to join the Dragons staff is new LB coach, Seth Deering, who will come to PHS from Denmark High School.

The varsity portion of this spring scrimmage ended in a 0-0 deadlock. The good thing about these spring games is, both teams have something to look at and improve on heading into the summer workouts & into the start of the new season.

The 2nd half saw the younger kids get into the action, & that’s where the scoring really picked up. Dawson, got the scoring going in the 3rd with a 1-yd TD run. The extra point was converted & the Tigers led the Dragons 7-0. The next offensive play for Pickens, QB Jarod Whitmore found a streaking Devin Hand who snuck behind the Tiger defense & scored a 65-yd TD connection. Sophomore kicker Jose Sanchez drilled the extra point through the uprights to tie things up at 7. Just before the 3rd quarter ended, the Tigers attempted a 46-yd uncontested field goal, & converted it, giving Dawson a 10-7 lead going to the 4th.

The game featured a running clock throughout the contest. The last minute or so saw the final scoring by the two teams, Dawson, added to their lead with a 10-yd TD pass, making it 16-7 with 1:11 left. Pickens, drove down the field, & got in field goal range so Sanchez could attempt his lone field goal of the night. Sanchez would knock the 34-yd field goal attempt through, giving us a final of 16-10, Dawson.