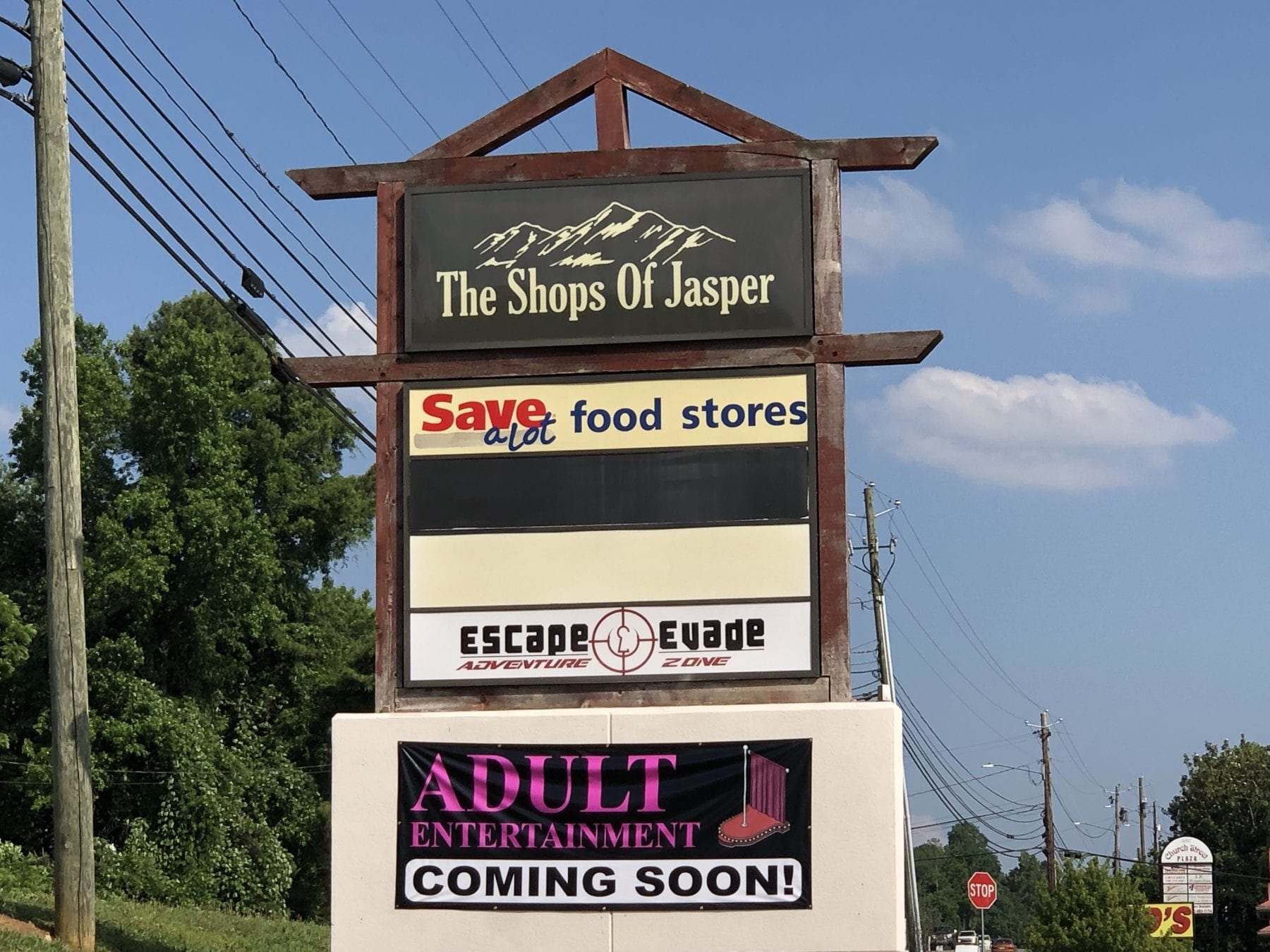 JASPER, Ga. – Citizens are still in confusion about a sign appearing at the Shops of Jasper announcing “Adult Entertainment” coming soon.

According to City Manager Brandon Douglas, the City has no application or permitting for an adult entertainment business or signage at this location. He went on to note the property owner has also told him he has no intent to pursue this kind of business.

As for the possibility of an Adult Entertainment type of business, the city does have zoning where it could be allowed, but Douglas said it is restricted to industrial areas and is also listed as a conditional use permit. This means that if a business like this would be created, it would have to go through zoning and come before the Mayor and City Council for approval. Douglas assures citizens that this type of business would be well advertised, as all conditional use permits are, well in advance of the business opening.