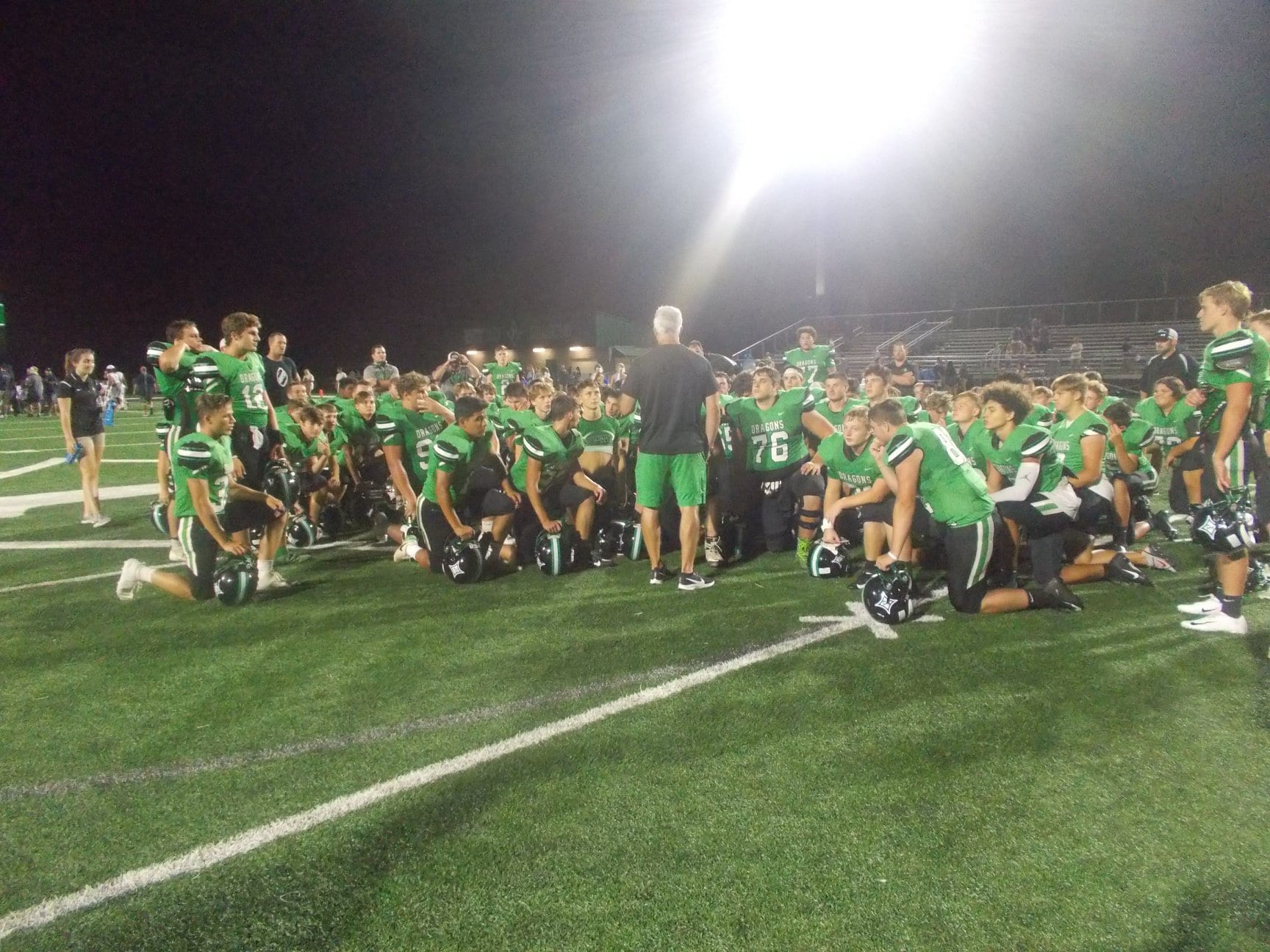 This past Friday night, the Pickens Dragons varsity football team welcomed the Denmark Danes to Dragon Stadium for a scrimmage game one week before the 2019 season officially kicks off. Pickens, coming off of a historic 11-1 season, a region championship, & their first ever playoff victory. Coming into the 2019 season, the Dragons are looking to replace several key players from last season, & look for some of the younger kids to step up & fill some important roles.

There was no official score kept on Friday night, their was plenty of scoring going on during this scrimmage game. The Danes got the scoring started by getting only points in the 1st quarter with a 40-yd field goal. Going to the 2nd quarter, Denmark led things, 3-0. Early on in the 2nd quarter, the Danes extended their lead with a 15-yd rushing touchdown to make it unofficially, 10-0 with 11:46 left in the first half. Pickens, found the end zone for the first time on the night after a nice 31-yd touchdown pass from returning 6-AAAA Player of the Year CJ Streicher to Jarod Whitmore cut the Dane lead to 10-6 with 3:46 left in the first half. Kickoffs, punts, field goals, & PAT’s were not live during this game so after the Danes took over after the Dragon touchdown, they wasted little time getting those points back. An 80-yd touchdown pass gave Denmark a 17-6 advantage over Pickens. Denmark was looking to add to their lead late in the first half as they were down near the Dragon goal line with seconds to go. The Dragon defense buckled down and made the stand as Tucker Lowe intercepted the pass on 4th down in the end zone to send us to the half, Danes up, 17-6.

The 2nd half saw the younger groups get in and get some valuable playing time for later on down the road. The Danes opened the 2nd half scoring with their 2nd rushing touchdown of the game to extend their lead to 23-6 over the Dragons with 6:48 to go in the 3rd. Pickens came right back and scored on a beautiful 23-yd touchdown pass from TC Jarrett to Connor Browning to make it 23-13 Denmark, going to the 4th and final quarter. Denmark, stretched their lead out at the 11:42 mark of the 4th with their 3rd rushing touchdown of the game. This time, a 48-yd run. The Danes added a field goal in the final minute, to make it an unofficial 33-13 final.

All in all, some good things happened on the field Friday night for the Dragons. There was also some teachable moments for the coaches which is what these scrimmages games are for. Once this offense got to clicking, it was fun to watch. The defense made some really nice plays & held Denmark on several goal line stands & forced several Dane turnovers.

Looking ahead to next Friday, the Dragons will take a 10 game regular season win streak into Friday night as they host the Stone Mountain Pirates to kick off the 2019 season. The Pirates, are out of the 3-A classification and went 2-8 last season. As coaches & players will tell you though, last season was last season & 2019 brings on a whole new year & every team is different. You can catch the Dragons taking on the Pirates next Friday at Dragon Stadium at 7:30.