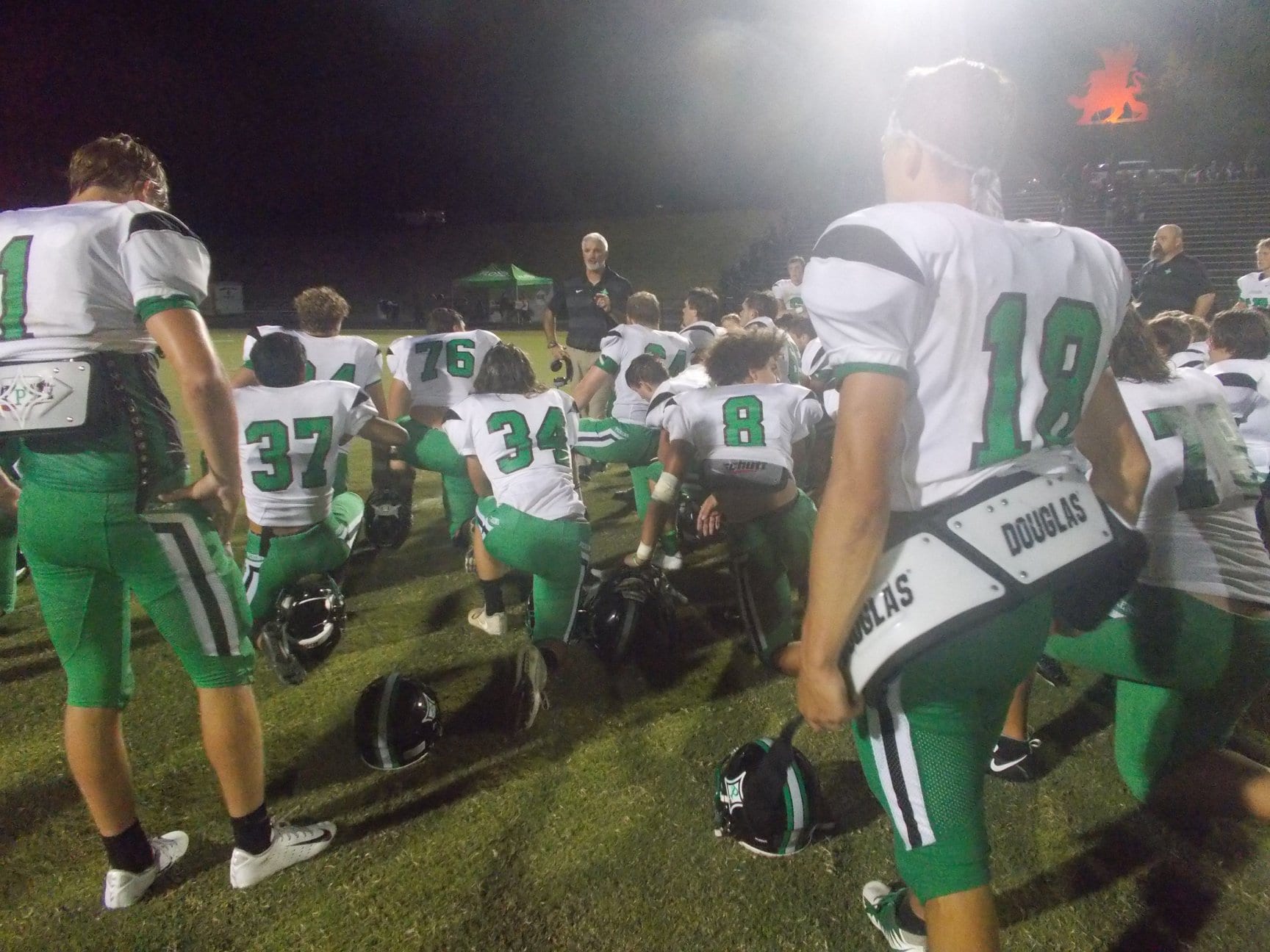 Last night, the PHS Dragons varsity football team traveled over to Lindale to take on the Pepperell Dragons in what has become the “Battle of the Dragons” over the last several years. This series, dates back to 1958, & was the first time Pickens had gone to Lindale for a game since 1985. Pickens, also came into the game with an 11-game regular season win streak on the line as well.

In the first quarter, Pickens started off with possession, & had a nice drive working. Pickens went for it on 4th down just across mid-field, but was unsuccessful, turning the ball over on downs. Pepperell took over for their first possession, looking to draw first blood. It looked like that was about to happen after a pass play connected, but a quick thinking Pickens’ defender, poked the ball out from behind, & Pickens took over on the 5-yd line. A quick moving 1st quarter ended, with a 0-0 tie. 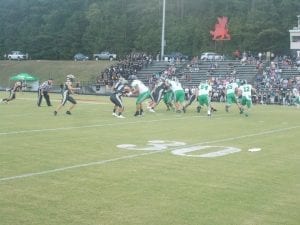 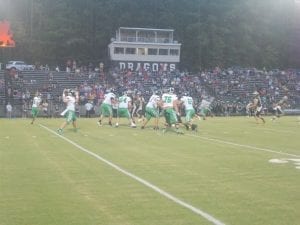 Pepperell had the ball first in the 2nd half, looking to extend their lead over Pickens. Pepperell did just that with a 10-yd touchdown run, giving them a 27-13 lead with 8:15 left in the third. Pickens, had their chances in the 3rd, but were unable to connect on those chances. Pepperell, got another touchdown, this time, a 34-yd run. Going to the 4th, Pepperell held a 34-13 lead over Pickens. 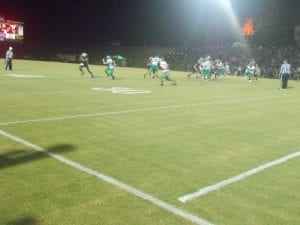 Pickens, found their footing in the 4th quarter as the Streicher/Whitmore duo connected again, this time from 39-yds out, making it 34-20 Pepperell with 11:09 left in the ball game. Pickens, had several more chances in the 4th as the defense stepped up and kept Pickens in striking distance. Late in the game, on 4th down, it looked like Pickens had stopped Pepperell shy of the line to gain. However, it was decided that the ball had just crossed the line, & Pepperell was able to run the clock out the rest of the way. Your final score, 34-20 Pepperell.

Pickens, is now 1-1 on the early season. Next week, they’ll take to the road yet again. This time, they’ll head to Cleveland to take on the White County Warriors. This will be the 45th time both teams have played. The Dragons went 2-0 against White County last season. Defeating them once in the regular season, & once in the playoffs. White County still holds a slim lead in the series, 22-20-2. Kickoff is set for 7:30.