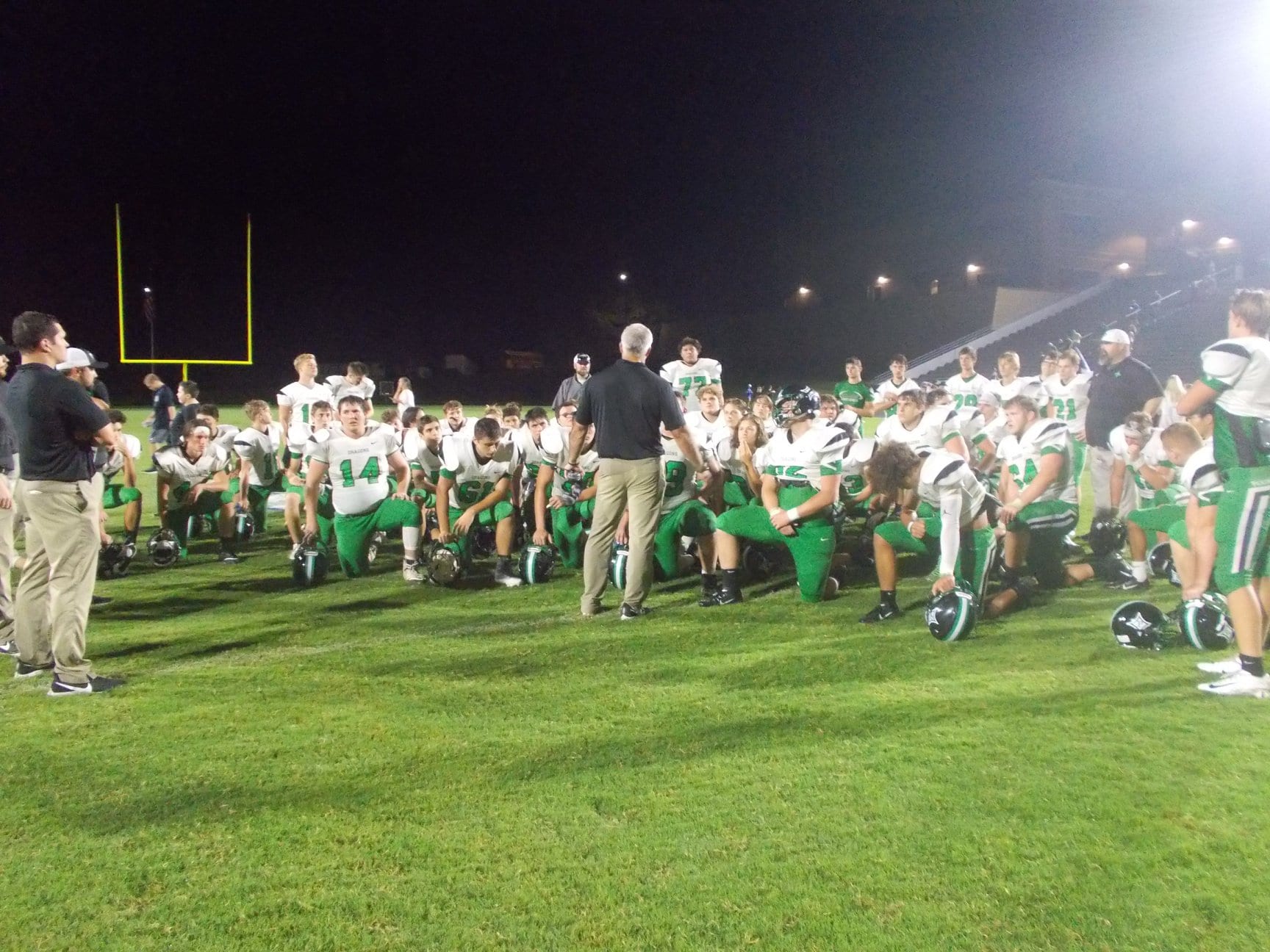 It was another back and forth ball game on Friday night as the PHS DRagons varsity football team made it’s way up to Cleveland to take on the Warriors of White County, in a non-region tilt. Pickens, came in winners of two straight over White County, but the Warriors came in with the all time series lead at 22-20-2. Both teams were looking to bounce back after tough losses last wee, as they gear up for region play in a few weeks.

It didn’t take long for last week’s TeamFYNSports Writer’s Player of the Week, Jarod Whitmore, to make an impact on this game as he would take the opening kickoff back 90-yds for a touchdown. The PAT hit off the left upright, & Pickens held a 6-0 lead over the Warriors. White County, would then find the end zone themselves on their opening drive with a 52-yd touchdown pass. The ensuing PAT was good, & the Warriors had their first lead of the night, 7-6, with 9:50 left in the opening frame. The Dragon defense would then come up big as Mykel Hand would make a great catch for the interception. Pickens would use that turnover as momentum to score on that ensuing possession, with a Whitmore 6-yd touchdown run. The PAT was good, & the Dragons retook the lead, 13-7, with 5:39 to go in the 1st. White County scored on a 5-yd touchdown pass, to make it 14-13 Warriors after one. 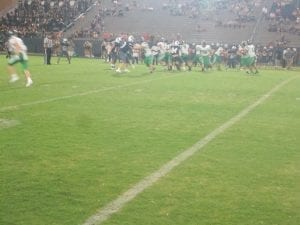 Streicher handing off to Whitmore

Early on in the 2nd quarter, the Dragons picked off another Warrior pass. This time, it was T.C. Jarrett. The interception, set up Pickens with great field position & Whitmore would end the drive with a 3-yd touchdown run. His 3rd of the first half. The PAT was once again good & Pickens took the lead back, 20-14, with 9:55 to go in the half. 55 seconds later, the Warriors answered that score with a touchdown run of their own. This one, from 49-yds out. The PAT was good, & White County reclaimed the lead, 21-20. No other scoring would occur for the rest of the half & we hit the midway point with the Warriors on top, 21-20. 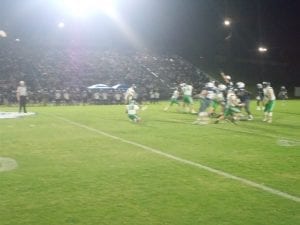 In the 3rd quarter, both teams had to deal with another opponent, mother nature. The skies opened up & rain that was maybe supposed to come after the game decided that it wanted to make a surprise appearance. This made it a little difficult for both offenses to find any groove. White County would put together a drive late in the 3rd, but Jay Jones would come up with a big interception for the Dragons in the end zone. Going to the 4th, White County was still in front, 21-20. 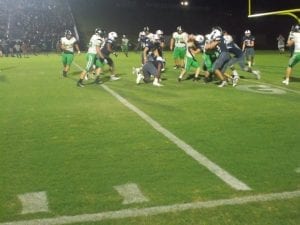 Whitmore battling to score 1 of his 3 touchdowns

Let’s flash forward to just about 6 minutes left to go in the ball game. Down one, the Dragons were looking to start the drive that could potentially win it. Pickens, marched down the field, executing key third downs along the way. The Dragons, would get all the way down to the Warrior 10-yd line, & then, White County would create a fumble, recover, & take it 88-yds down to the Pickens 2-yd line. The Warriors, scored on the next play, giving them a 27-20 lead with 1:35 left. They went for the 2-point conversion, but the Dragons were able to stop it. Pickens, again looked to start a big drive, but again the Warriors would come up with a key turnover as they picked off Streicher’s pass. To their credit, the Dragons defense stepped up in a big spot & stopped White County on a 4 & out to give the offense another chance. A pass by Streicher was completed on 4th down, but it was shy of the marker, giving the ball back to the Warriors. Your final, White County 27 Pickens 20.

Pickens, will look to bounce back after two tough road defeats as they host the Chamblee Bulldogs at home next week. Chamblee, is 0-2 on the season, & have had an extra week to get ready. Game time is set for 7:30.