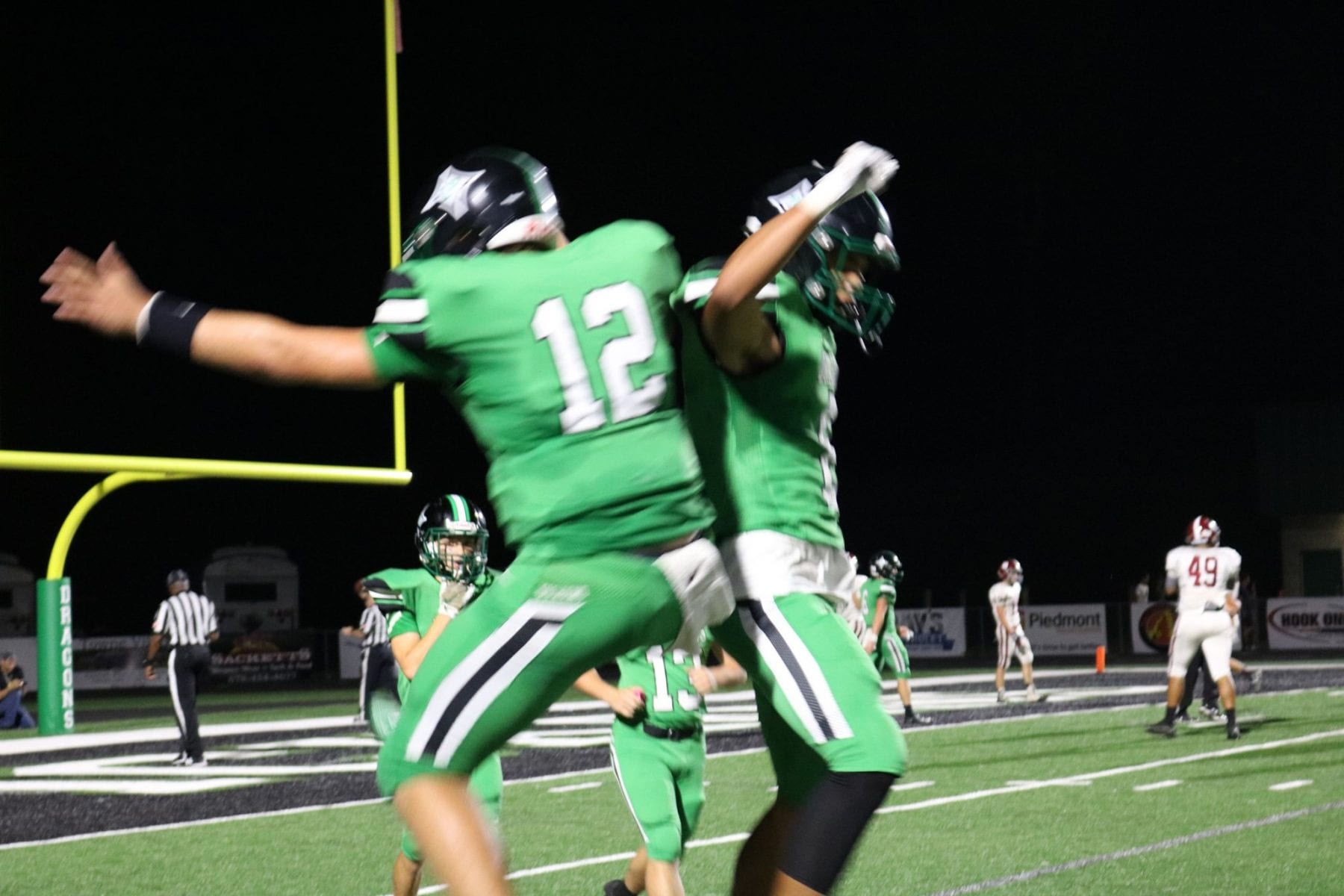 After a long night in Ellijay last Friday, the Dragons were back home at Dragon Stadium hosting the Southeast Whitfield Raiders for their Homecoming game. The Raiders, came into the ball game 0-5, & 0-1 in region play, but on Tuesday during Dragon Talk, Coach Nelson talked about how you can’t afford to take anyone lightly, especially region teams.

Southeast Whitfield began the ball game with the ball, but only managed one first down as the Dragons defense forced a punt. The first drive for Pickens saw promise, but stalled out near the red zone. The Dragons would settle for a 26-yd field goal by Juan Sanchez, to put them on top 3-0, with 5:02 left in the opening quarter. The Raiders, on their next possession, connected on a 32-yd touchdown pass to take the lead over the Dragons, 7-3. Going to the 2nd quarter, The Raiders had a 7-3 lead, but the Dragons were driving. 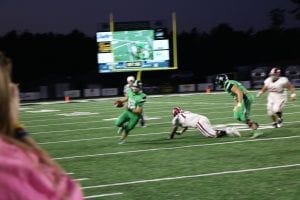 A minute into the 2nd quarter, Senior QB CJ Streicher found the end zone for a 3-yd touchdown run, giving Pickens the lead back, 10-7. 2 minutes & 19 seconds later, Streicher made a nice cut to the far side of the field & scampered 77-yds for the touchdown. With 8:19 left in the first half, the Dragons led the Raiders, 17-7. Pickens found the end zone for the 3rd time in the quarter when Streicher lofted up a deep ball & Mykel Hand came down with it, giving the Dragons a 24-7 lead, going into the break. 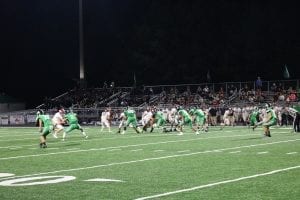 Southeast Whitfield, got the scoring going in the 2nd half as they connected on another touchdown pass, to cut the Dragon lead down to 24-14, with 7:50 to go in the 3rd. Pickens answered the Raider touchdown with a touchdown of their own as Streicher took it in for 6 from 8-yds out, to make it 31-14, with 5:22 left in the 3rd. The Dragons scored again at the 1:36 mark of the 3rd when Streicher found fellow Senior Alex Snelgrove in the corner of the end zone with an 11-yd touchdown pass, making it 38-14. Pickens, would make one more house call in the 3rd quarter as Streicher found a wide open Dylan Arp for a 20-yd touchdown, to give the Dragons a 45-14 lead, going to the 4th. 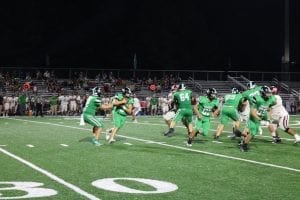 With a running clock in the 4th, the Raiders scored their final touchdown after a 37-yd run. Pickens, picked off a pass just before time expired to seal their 3rd straight win overall, & their 2nd straight in region play, 45-21.

Pickens, will be back on the road next week, as they take on the Generals of Heritage. As you see in the standings above, these two teams are firmly in the race for a region championship. Heritage is coming off of a back and forth win over LaFayette on the road, 37-34. Kickoff is set for 7:30 pm next Friday.