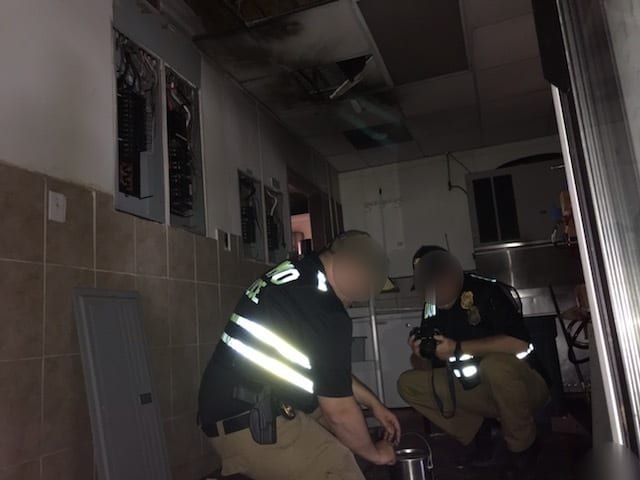 ATLANTA – Fire Investigators with the Insurance and Safety Fire Commissioner’s Office accompanied by their
K-9 have determined a fire that occurred just after 10 p.m. on Tuesday, November 5 at a Pickens County restaurant
was intentionally set.

“The arson occurred at Bee’s Home Cooking, located at 660 West Church Street in Jasper, Georgia. This is the
second fire at a Jasper restaurant in the last month,” said Safety Fire Commissioner John F. King. “Though there are
no confirmed links at this time, the possibility of the fires being related is not off the table. With that in mind, we
are making the apprehension of the individual or individuals responsible for these fires a top priority for our office.”
The 3,698 square-foot building suffered moderate damage. It was built in 1986, but has only housed Bee’s Home
Cooking since January. No one was inside at the time of the fire.

Safety Fire Commissioner John F. King is asking anyone with knowledge about this fire to call the Fire
Investigations Unit at 1‐800‐282‐5804. Rewards are offered of up to $10,000 for information that leads to the arrest
and conviction of the arsonist(s). Calls are taken 24 hours a day and callers can choose to remain anonymous.
The City of Jasper Police Department and Fire Department are assisting with this investigation.