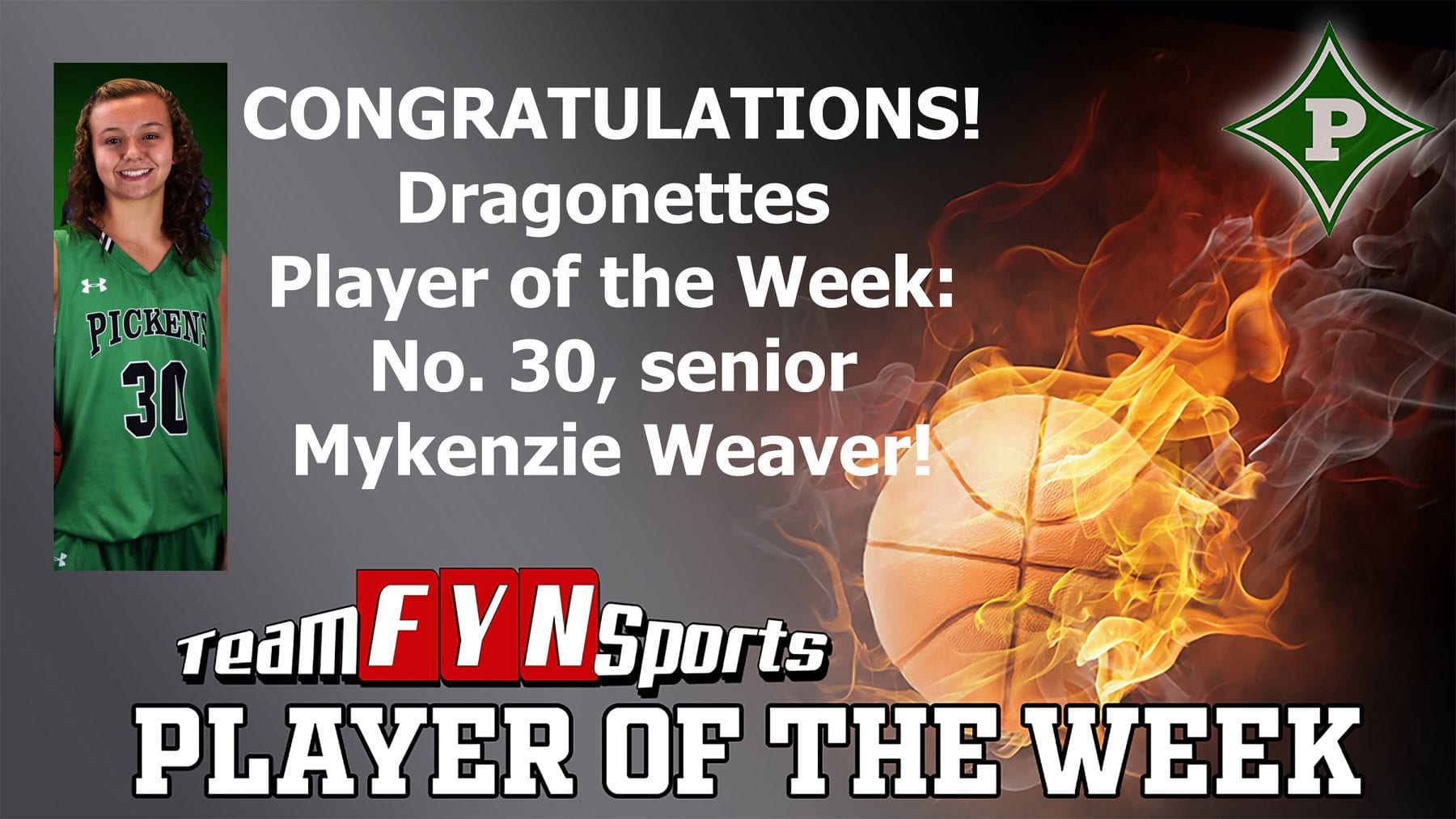 Mykenzie Weaver is the TeamFYNSports Writer’s Player of the Week for the Dragonettes!

Weaver scored 19 points in the team’s opening round loss to Gilmer on Wednesday, Nov. 23, but rebounded quickly to put up 36 on Monday, Nov. 25, in a tight game with Fannin Co.

Weaver ended the tournament by scoring 35 points against Hiwassee Dam in Pickens’ 85-49 victory.

She was named to the all-tournament team for her performance for Pickens (2-2).

For her efforts, Weaver is the TeamFYNSports Writer’s Player of the Week for the Dragonettes!