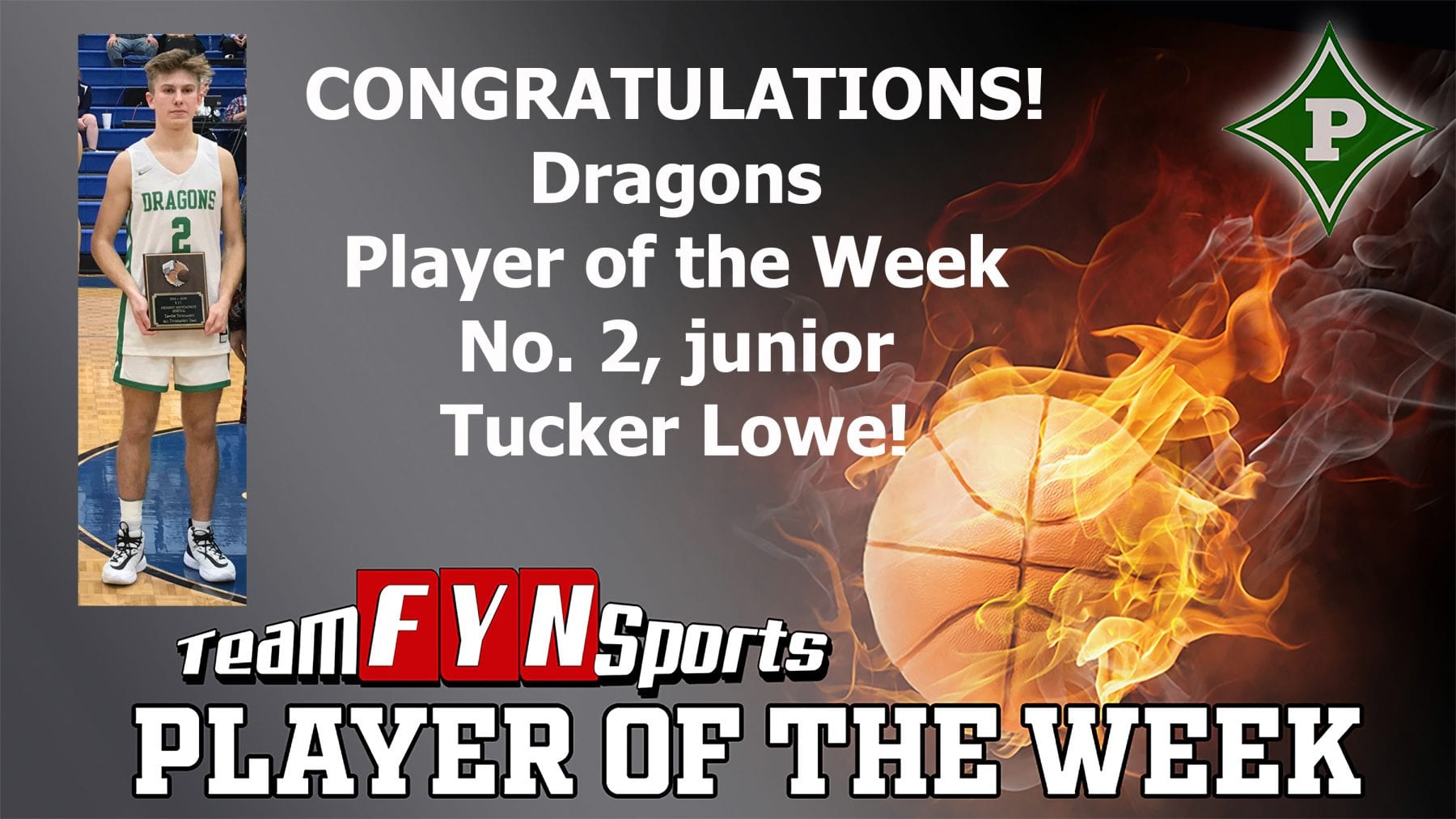 Tucker Lowe has been named the TeamFYNSports Writer’s Player of the Week for the Dragons!

Lowe led the team to a 3-0 record in the north Georgia Thanksgiving tournament held at Fannin Co. High in Blue Ridge.

Lowe averaged a little more than 16 points per game during the week, including scoring 23 points on the opening day of the tournament Saturday, Nov. 23, against region-rival Gilmer in a 67-64 Pickens victory. Lowe had seven points in the fourth quarter to led the team to the win.

Against Fannin Co., Lowe hit three 3-pointers and was 4-of-4 from the free-throw line. Against Hiwassee Dam, he scored sixth in the fourth to help secure the win in a surprisingly tight game for the Dragons.

Lowe was named to the all-tournament team for his performance.

For his efforts last week, Tucker Lowe is the TeamFYNSports Writer’s Player of the Week for the Dragons!