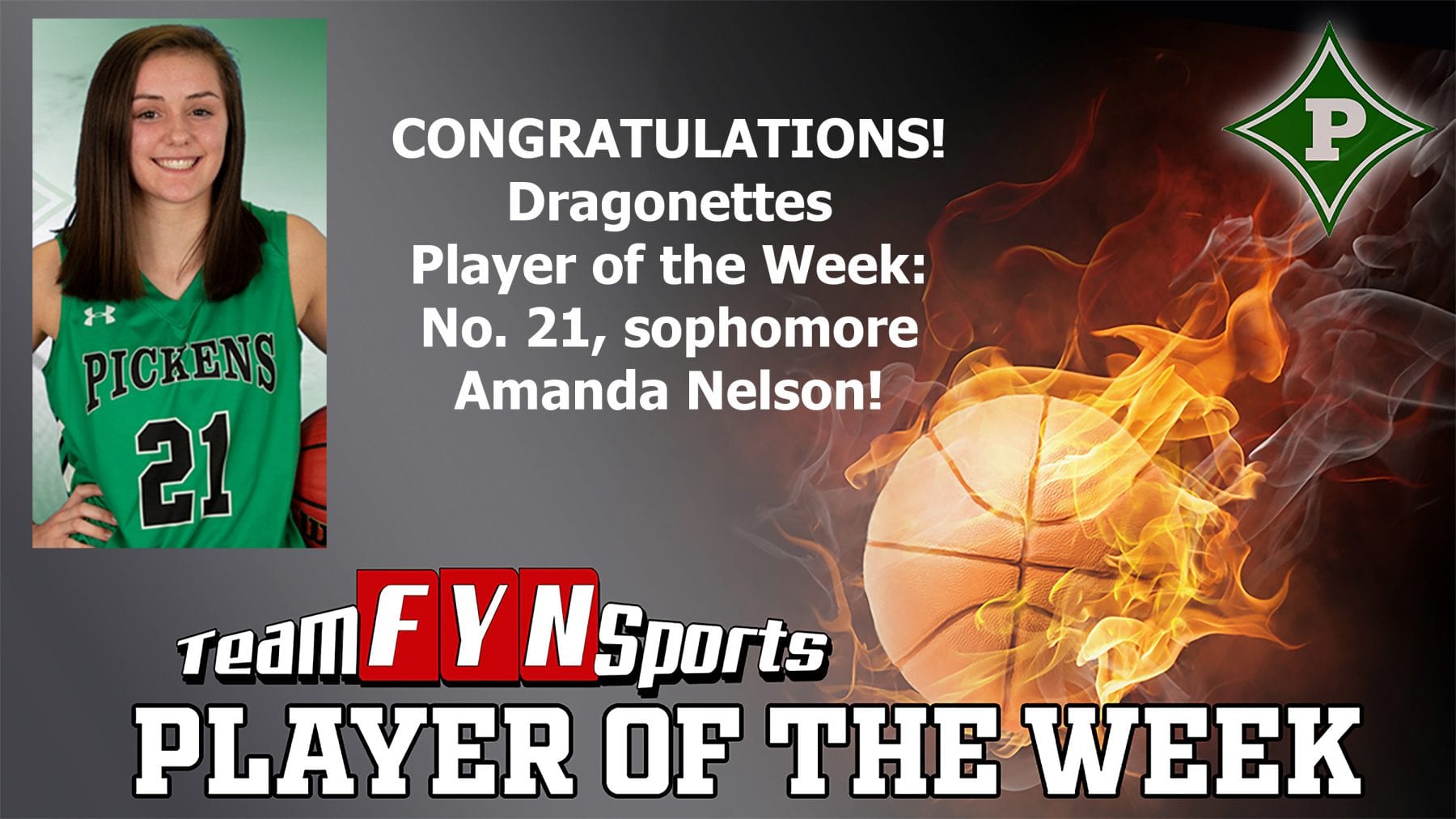 Amanda Nelson is the TeamFYNSports Player of the Week for the Dragonettes!

Nelson, a sophomore who plays inside and on the perimeter, performed well across three games for Pickens (6-3, 3-0 Region 6-AAAA) last week.

On Tuesday, Dec. 10, Nelson scored six points in a 79-54 win against Gordon Lee in Jasper.

She followed that with a strong defensive performance as the ‘Nettes won at Lafayette on Friday, Dec. 13, 72-63.

For her efforts, Nelson is the TeamFYNSports Player of the Week for the Dragonettes!