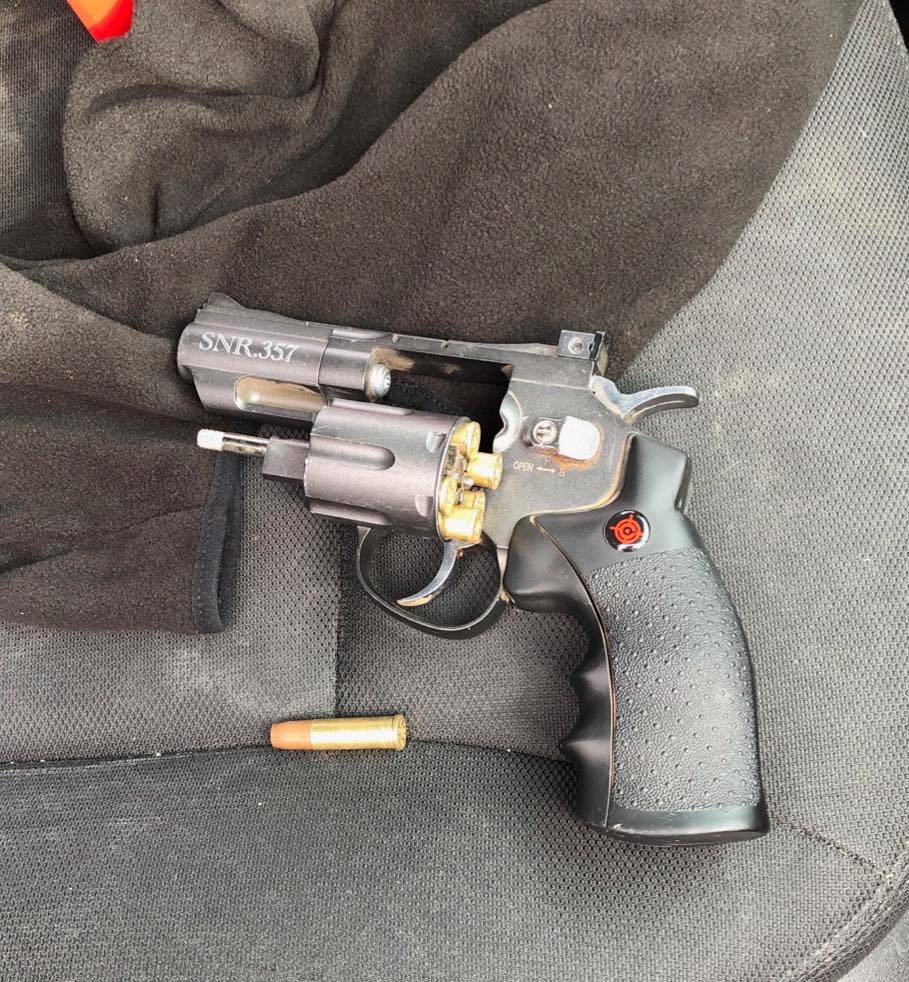 SRO actively investigated the possibility of a student allegedly making threats to kill another student throughout the day. While this investigation was underway, a teacher overheard students stating that the same student involved in the other incident had a gun at the school.

The gun turned out to be a BB gun, but it was very realistic in appearance. The image attached is of the gun. In addition, ammunition for another handgun was found, but the weapon that it belonged to was not in the vehicle.

Following the investigation, the student was charged with Disorderly Conduct.

In 2019 alone, there were over 40 active shooter incidents that occurred in schools throughout the United States. PCSO has promised that any time they receive information related to threats or weapons with school, they will always take that threat seriously and investigate every incident.

This isn’t the first time in the 2019-2020 school year that PCHS has received school shooting threats. A student issued threats over social media in fall of 2019.