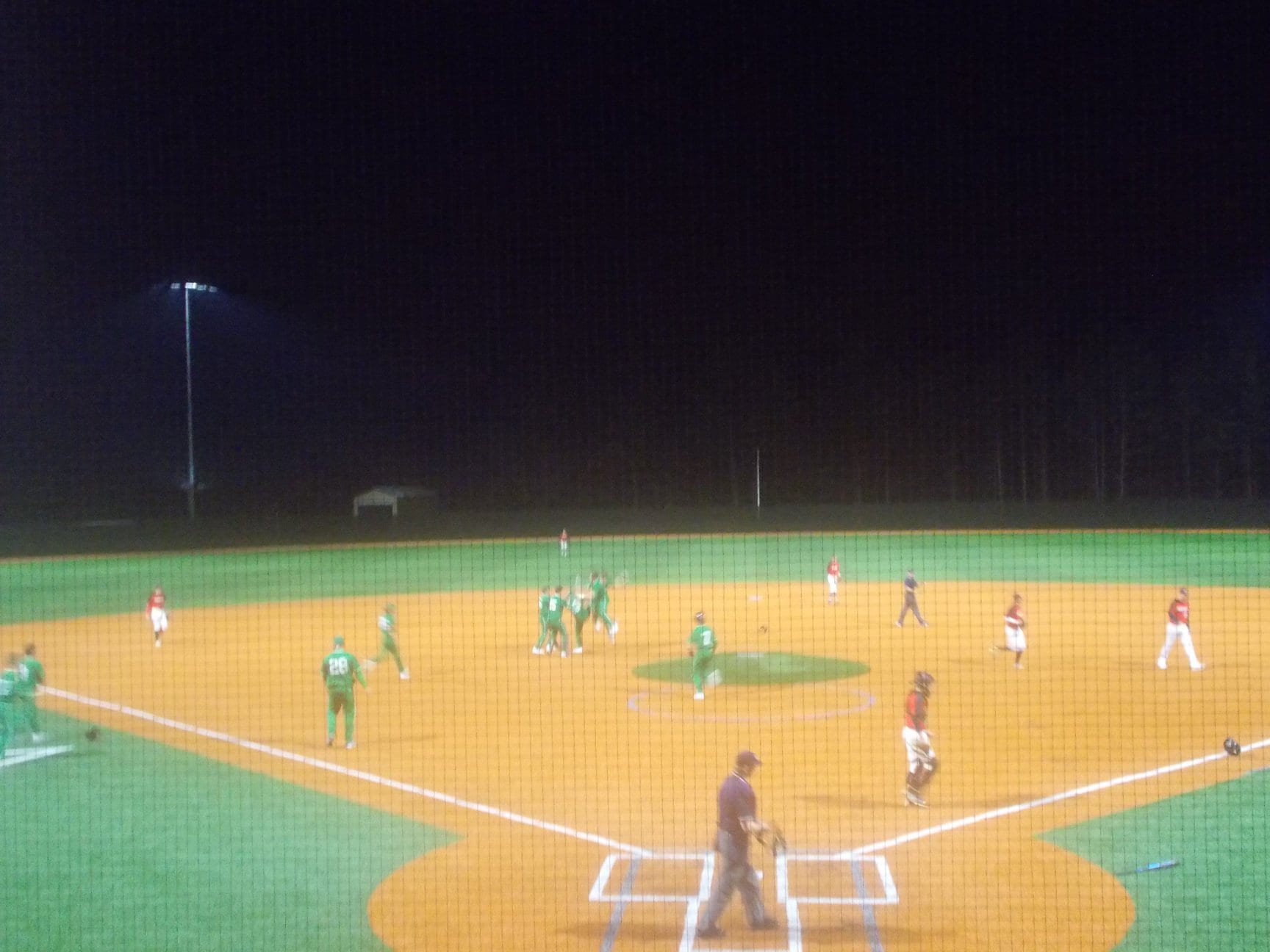 It was a nice day for high school baseball on Tuesday as the PHS Dragons varsity baseball team welcomed the Phoenix of Sonoraville to Dragons Field for a non-region contest. Coming into the game, Pickens held a record of 6-1 while the Phoenix held a record of 2-1. Those two wins came against the only team to beat the Dragons so far, Dalton. After a classic pitchers duel for the entirety of the game, the Dragons were able to walk off with a 2-1 win.

Oglethorpe signee Colby James started off strong in the top of the first with his first strikeout of the game and sitting down Sonoraville on just 11 pitches. In the bottom of the inning, the Dragons had an early chance to put a run on the board after a two-out walk by Tyler Vreeland and a single by Chad Pacas. The Phoenix, were able to get out of the early jam and send us to the second, tied a zero. 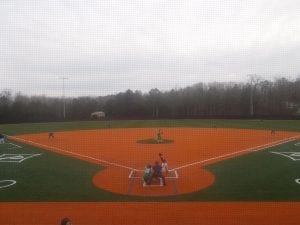 Senior Colby James on the mound

We’ll take things to the fifth inning as this is where things picked up. James, picked up his ninth strikeout on the day in the fifth, but the Phoenix were able to pus across one run on two hits to make it 1-0 Sonoraville. In the bottom of the fifth, the Dragons had a runner on second base with two outs, but couldn’t bring him home as Pickens trailed Sonoraville 1-0 going to the sixth.

In the top of the sixth, James notched strikeout number 10 and 11 as his masterful performance kept rolling. In the bottom of the frame, Hunter White led off with a single, Vreeland followed him with a single, Pacas got the runners over on a fly ball, Austin Chester drew a walk, and then James helped himself out by driving in White on an RBI fly out to tie things up at 1-1 going to the seventh. 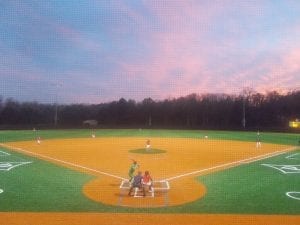 Dragons at the plate against Sonoraville

In the top of the seventh, James was still going strong. After a renewed sense of energy after tying the game up in the bottom of the sixth, James came out and struck out the side on 13 pitches giving him 14 for the game. In the bottom of the seventh, second baseman Drake Sutton led off with a walk, designated hitter Jarod Whitmore followed suit with a walk of his own. With a one ball, one strike count, Coastal Carolina signee Brady Moore said let’s go home as he smacked a walk off double into the left field corner to score Sutton and give the Dragons the 2-1 win.

Brady Moore: 1-4 with a double and one RBI

Hunter White: 1-3 with a single and one run scored

Tyler Vreeland: 1-2 with a single and a walk

Colby James: seven innings, three hits, one run, 14 strikeouts on 103 pitches and one hit-by-pitch and one RBI

Alex Snelgrove: 1-3 with a single

Drake Sutton: one walk drawn and one run scored

With the win, the Dragons are now 7-1 on the season. This win will mean a little more to head coach Adam Williams as last nights win was his 100th. These two teams are scheduled to meet on Thursday at Sonoraville with a first pitch time of 5:30 pm.