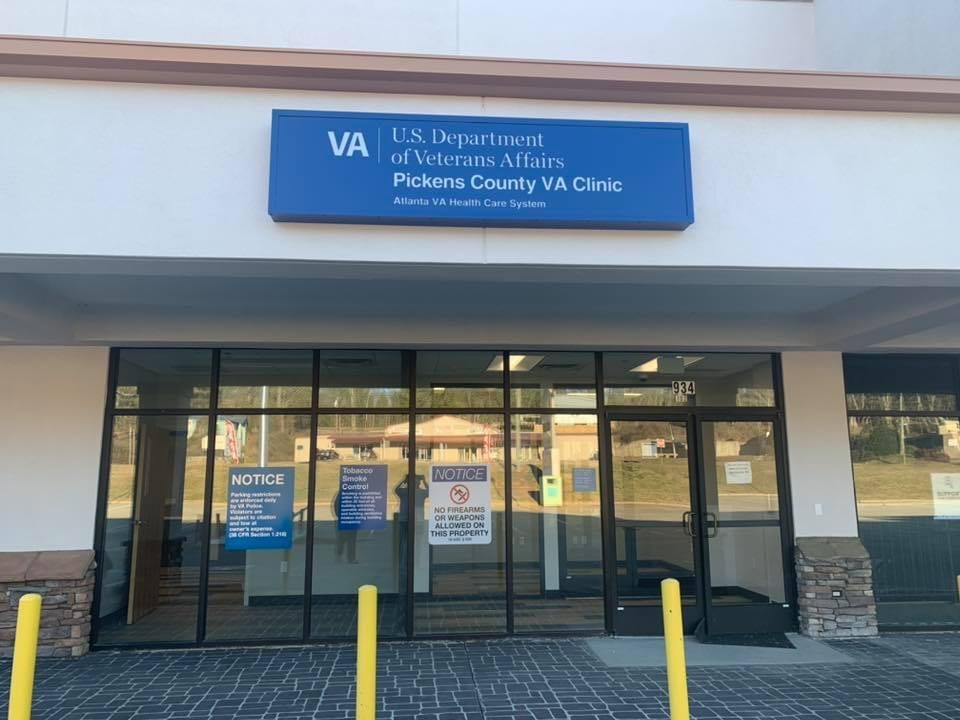 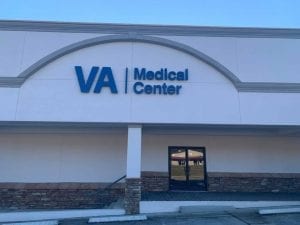 The Veteran’s Administration Medical Center in the Shops of Jasper shopping center should open be open by June after a five years of work .

It’s been a long, trying road for the VA Clinic (Veteran’s Administration) to open in Jasper, but for David Shouse, some of the hardest parts of the process wasn’t the bureaucratic red tape.

“Listening to the stories really got me,” said Shouse, who owns the Shops of Jasper shopping center where the VA Clinic will be.

And seeing the frustration for the veterans has hit hard, he said. The VA Clinic, still not open after five years, has veteran’s stopping by daily, hoping to get an appointment. According to the VA Public Affairs spokesperson, Kendall Gregory, the clinic has an anticipated opening date of late May or early June.

Shouse tells of one gentleman, in his 80s, who jumped out of his car, with all his service papers in hand while he was on the site in January of this year.

“I asked if I could help him and he said he was here to register,” Shouse recalled. “I told him he couldn’t do that yet. We’d be open in maybe two months.

The journey of the VA Clinic began in July 2015, when Shouse noticed a group of people, wearing suits, in the Shops of Jasper parking lot, so he pulled in and began talking to them.

They were from the VA Administration and were looking for a place to establish a new clinic in the Northwest Georgia area.

“Farmer’s Furniture was interested in leasing it, but I took the information, formulated a bid and sent it in,” he said.

It was the start of a frustrating and painfully slow trip.

“We literally went months with no contact from them,” said Shouse. 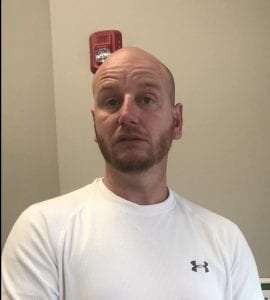 David Shouse said building the VA Clinic in Jasper has been trying but is excited to provide the facility for veterans.

He contacted the VA in July of 2016 that he’d been awarded the contact–in December 2015. It would be October 2018 before remodeling could begin. At one point, he emailed President Donald Trump and the Director of the Veteran’s Affairs. Those measures started the ball rolling, somewhat.

“Government contracts like this have timelines, where the landlord has to meet certain parts of the contract by those dates,” he explained. “Some of those dates had passed before we even knew we had the contract.”

He said the government was exempt from those time restraints, but landlord was required to meet them and it was the government’s slow pace that kept delayed the VA Clinic from coming to fruition.

Breaking ground on the VA Clinic

“It was two years after the lease was signed before we even got the blueprints,” Shouse said recalled.

Some of the delays took so long that many though VA Clinic had fallen through. Word got out that there was a lien on the property and the clinic wouldn’t be able to open. Although there was a lien, Shouse said, it was a typical issue that was quickly resolved and never impacted the project. Still, the rumors combined with the slow progresses was tough.

“(The veterans) would call city hall and the Chamber of Commerce to get answers and they wouldn’t have any,” he said.

Even now, with all the major work completed, the VA continues to alter the specs originally sent to Shouse.

“We’ve had to go back and add nurse call lights in the bathrooms and other areas,” he said. “But they didn’t have those in the original specs.”

Even when the VA added them, they were not forthcoming with where or how many they wanted.

The flooring needed to be changed because officials wanted more color.

Those changes cost time and money, he said.

“People were thinking I was making a killing with a four-million dollar contract, but the government doesn’t pay for anything. The contract is all-inclusive,” he said.

The total amount of the contract was a little over four-million, but from that, he had to cover the construction cost — “well north of a half-million,” weekly cleaning at $30,000/year or $300,000 for the ten-year contract, power and water. The landlord also has to provide the VA Clinic with items like garbage bags and hand soap.

The landlord is also responsible for the water upgrades. Standard code stated that the facility needed 3/4-inch water pipes, but once the VA informed him of how many sinks, toilets and water heaters were needed, the pipes and meter had to be upgraded, out of the original monies.

And some things like the 12-foot drop ceilings that Shouse thought the VA would be okay with were already in place, but, the VA later came back and wanted them changed.

Building relations: the impact the VA Clinic will have on the area

Despite the frustrations, Shouse said he began to see how much this clinic meant for local veterans as he and the contractors interacted with them daily during the remodeling.

“They would stop by and want to find out when it was opening,” he said. “They wanted to tell their battle stories.”

Even during this interview, two veterans stopped by to inquire to the opening.Those moments became special to him and reminding him what he was doing. 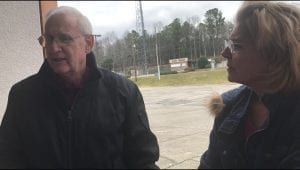 Larry and Patty McMorton talk about his Air Force service and how excited they are to have a VA Clinic in the area.

“We’re very anxious for it to open,” said Patty McMorton, who stopped by the clinic with her husband, Air Force veteran Larry. They live in Henry County and plan to receive treatment at the clinic.

“It really got to me. Some of these veterans couldn’t get medical care because they couldn’t afford to drive to Atlanta VA Clinic,” he said. “Often, they would get there only to find out their appointment had been changed or they’d been kicked to another doctor.”

He hopes this facility will remedy some of that.

“It will be able to provide service to 6,000 veterans,” he said, adding that Pickens County is the home of 3,000 veterans.

Gregory said the clinic will employ 55 federal employees and bring in an anticipated revenue of $4.4 million annually.

“This is probably the biggest project since Wal-Mart,” said Shouse.

“We live in the greatest country on this planet, hands down. To me, the battle (these men and women) face overseas is nothing compared to the battle they face once they come home. It’s changed my tune on how I plan my donations and projects and how I will leave some of my fortune,” he said.

He said the VA didn’t require a flag at this facility because it was not a stand alone, but Shouse said he wanted a flag there, one that could be seen, so he had one installed. 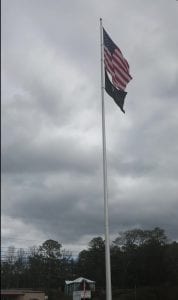 The United States Flag was not mandated for the new VA Clinic because it isn’t a stand-alone facility, but Shouse said he wanted one there.

Shouse said he didn’t serve due, but wished he had, having been disqualified at the time due to him having his General Equivalcy Diploma instead of a high school diploma. He made the choice at the time to get his GED after being suspended from school during the last semester of his senior year. Until then, he’d been looking hard at the Navy.

“In hind sight, I wish I would have served our country. I’m serving those who did, now,” he said. “Spend a day with a World War Two veteran and listen to their stories. They didn’t have the technology we do today so when something broke, they had to use what was available and what they knew to fix it. They have my upmost respect.”

The VA Clinic should open between May and June.

Check back for a video feature on the VA Clinic.