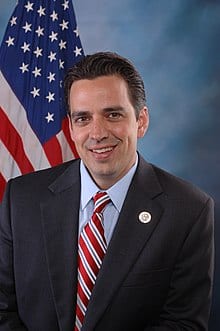 ATLANTA, Ga.–Rep. Tom Graves’ (R-14) son, John, is making progress, according to posts on the congressman’s Facebook page. John Graves was injured on March 8, during the Calhoun Downtown Criterium race. He is a member of the Georgia Tech Cycling Team. 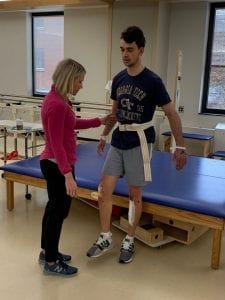 “Our family would like to thank everyone for the thoughts, prayers and kind notes that we have received over the last week. As we enter the 9th day since John’s cycling accident, I’m proud to say that he is doing remarkably well.

“He was released from ICU last week and transferred to a brain and spinal clinic. He’s now progressing through physical, cognitive, and speech rehabilitation. He’s at a great facility and responding to the treatment well. He still has weeks to go before full recovery, but he’s on the right path and exceeding expectations.

“He’s a strong kid with a lot of determination. We’re so proud. And I’m confident he will be up and out before we know it! Enjoy the picture that John asked we share with everyone.”

Continue to check back for updates.

“Thank you for the outpouring of support and prayers these last few days. Sunday, John suffered severe head trauma and had multiple spots of bleeding on his brain. Thanks to his dedicated medical team, he’s been responding extremely well to treatment and care.

“John’s strength is returning and he’s showing improved signs of responsiveness and beginning to ask questions. We are thankful for these positive developments as John continues with his recovery. Thank you for all of the well wishes and prayers. They are so appreciated.”

“Yesterday morning our son, John, a member of Georgia Tech’s cycling team, was critically injured during the Calhoun Downtown Criterium and airlifted to a trauma unit. He remains in intensive care and is being cared for by a top-notch team of doctors and medical professionals. He’s a strong boy and is showing signs of responsiveness. We appreciate the outpouring of support and continued prayers as John begins his recovery.”