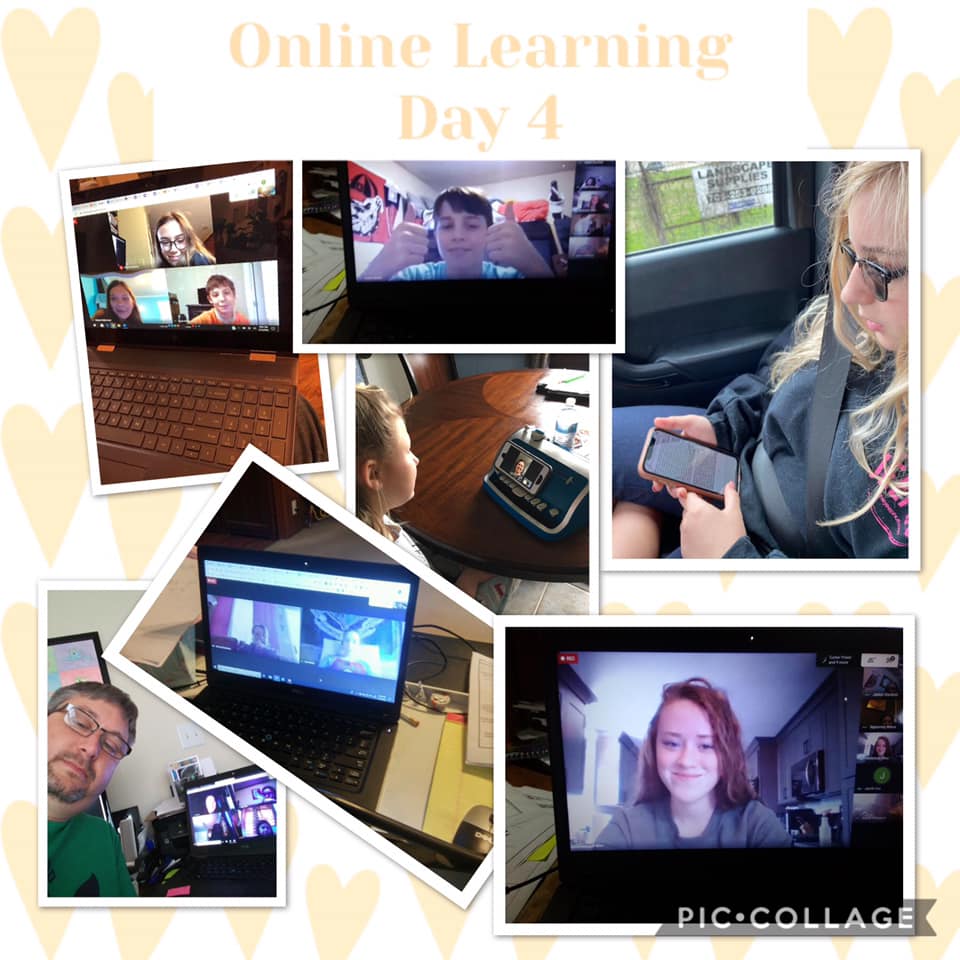 On-line and distance learning is going well for Pickens County and schools are even finding ways to encourage school spirit, despite the sudden closure of schools. 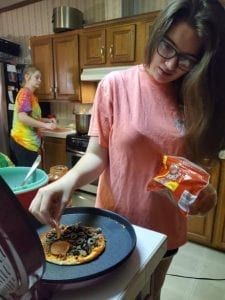 Schools in Pickens County are encouraging families to share their pictures of how schooling is going at home during the isolation.

Most of the “kinks” were very early in the process and most were because so many people were trying to access the internet, causing delays and some connectivity issues. Some issues were at the opposite end of the spectrum– parents didn’t have internet.

“ETC provided access around the country, which has been a huge help,” said Shope, saying that parents have been able to go to the free locations, downloading the work and bringing it home.

Shope said the schools director of technology, Patrick Shea, estimated that about 80-percent, or 3,440 of the 4,300 students are doing their work virtually while the remaining 20-percent, or 860, have opted for hard copy packets.

“Teachers are monitoring the work the students are doing online,” she said. 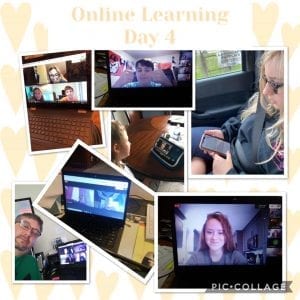 Day 4 pictures show students busy working on school and life skills while the schools are closed.

The remaining 20-percent of students are using the packets, provided by schools on a weekly basis, said Shope.

Tate Elementary makes packets up by grade, placing the work in plastic bags so parents can “grab and go,” said Shope.

The packets have their plus-sides, too, said Shope. It’s easier for parents to manage, especially when children have to go to a sitter.

“We are more than pleased,” said Shope. “They’ve made the transition seamless.”

She said the junior high school has set a goal for themselves to make it to 100-percent.

Both Harmony Elementary and the junior high school are holding virtual spirit days, to keep up school spirit. Instead of traditional “in-school” spirit days that feature “80’s day,” “camouflage day,” or “tie-dye day,” they are doing “what are you reading?” and “life-skills day” where students can post a new life-skill they are learning.

“They are trying to keep the kids engaged and keep the school spirit alive,” said Shope.

Some teachers and principals are recording announcements and greetings to send out to the parents or students so a connection to the typical school day remains.

For students who have an Individualized Education Plan, or IEP, that includes speech, occupational, and speech therapy, the system is using a combination of tele-therapy and online learning with materials that are facilitated by phone conferencing, emails and privacy-compliant digital platforms. 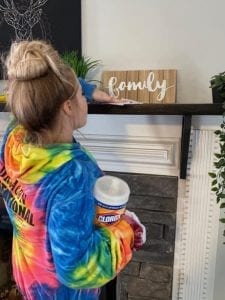 Some students are learning life skills in addition to academics at home.

Shope said she is interested to see how this changes education in the long term.

“Not only for our kids, ,but kids across the United States,” she said. “Some school districts already had digital platforms established for inclement weather, but we’ve had to work this out quickly and make adjustments, but this will be a springboard for years to come so learning can continue during inclement weather.”

While she is a school employee, Shope said the mother in her was a “bit nervous” about how distance learning would go, but so far her son, a high school student, is doing well.

“He enjoys it, he gets up, get his work done, then goes to work,” she said.

She said that although the Coronvirus and its impact is “sad,” it’s shown how resilient people are.

“It has allowed us to realize we are capable of doing this. Parents are capable and kids are capable. Kudos to students, parents, and teachers who are forging ahead and making the best of this situation.”