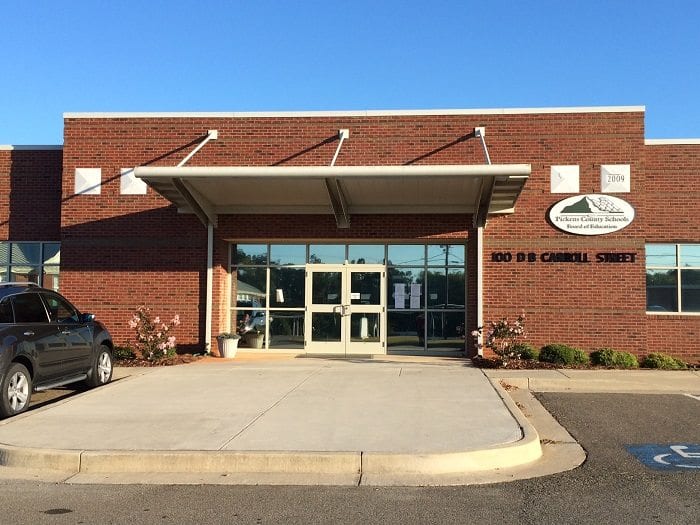 Jasper, GA – Suspension of traditional school classes in Georgia has been extended
through April 24, according to an announcement by Governor Brian Kemp on Thursday. This
date could change to a later date depending upon directives by Governor Kemp.

The local board of education suspended traditional classes at its March 12th meeting to be
effective March 16-27. Later Governor Kemp extended that period through March 31 as part of
his Public Health Emergency powers.

According to Pickens County Interim Superintendent Dr. Charles Webb, all buildings and
worksites are expected to remain on “hard lock-outs” through April 24. Any change in
employees returning to worksites prior to that date may be announced later. This decision is
being made in response to the growing number of COVID-19 cases reported by the Public
Health Department in Pickens County and throughout the state.

Lunchroom workers and bus drivers are continuing to prepare and deliver weekly non-
perishable meals to children 18 years and younger, with a schedule for either one or two days per

week. Since March 16, bus drivers have been delivering these mid-day meals to more than 500
students each delivery day in various locations throughout the county.
“Generally, we are getting favorable responses to the online learning system that was
introduced March 16,” said Webb, “and we are continuing to work through various problems in
delivery as they occur. I am proud of the flexibility by our students and the creativity by our
teachers.”

“We are in hopes of returning to school after April 24,” added Webb. “At this particular
time looking forward, this date seems to give us more flexibility in preparing for students
returning to the buildings. Nevertheless, we are prepared to continue online learning if
traditional school has to be extended even later.”