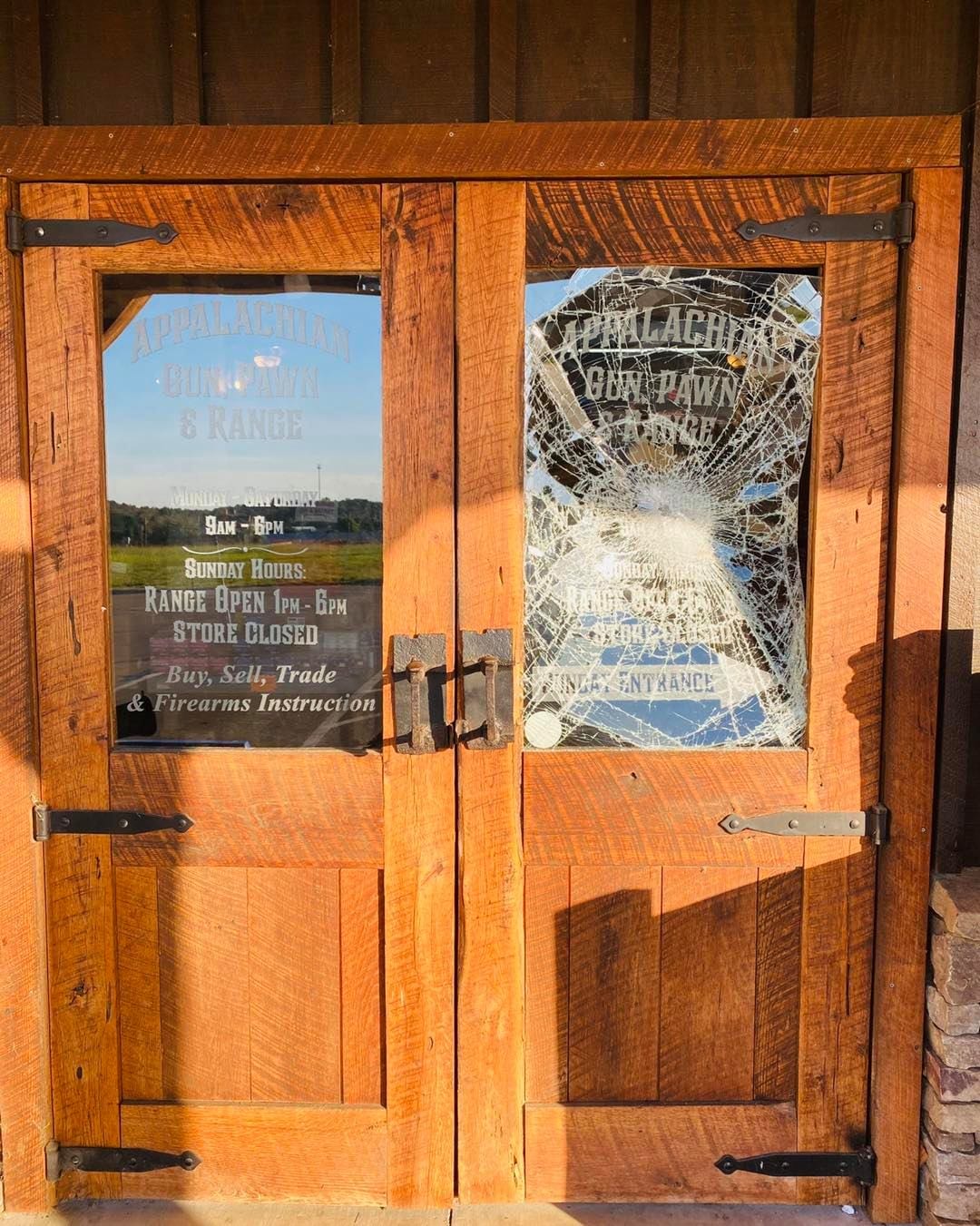 Appalachian Gun, Pawn, Range, and Training in Pickens County saw an attempted break-in this weekend as they say 3 people were seen on security footage attempting the crime.

According to a statement released on social media, the business survived the attempted break-in as they speculated that the difficulty of entry may have deterred the suspects from continuing along the with their plan. A photo from the site shows the window broken and pushed in, but it appears that the window could not be pushed far enough.

A statement adds that they noticed a U-Haul truck that the people were in. They are asking citizens who may have seen the truck or those with information to step forward. At this time, the only details that are being offered are that the people covered their face and appeared to be African American.

The incident occurred between 12:30 and 1:30 a.m. on Saturday morning. While authorities are conducting their investigation, Appalachian Gun, Pawn, Range, and Training is already returning to business as usual offering training classes on their social media.

The statement said, “Yes we have them on video, yes we have pictures of them but the only thing that we can tell for certain is that they were black and experienced at hiding their faces. There were 3 of them and they were in a U-Haul truck.”

FYN is reaching out for more information on the events and will update you as details become available.