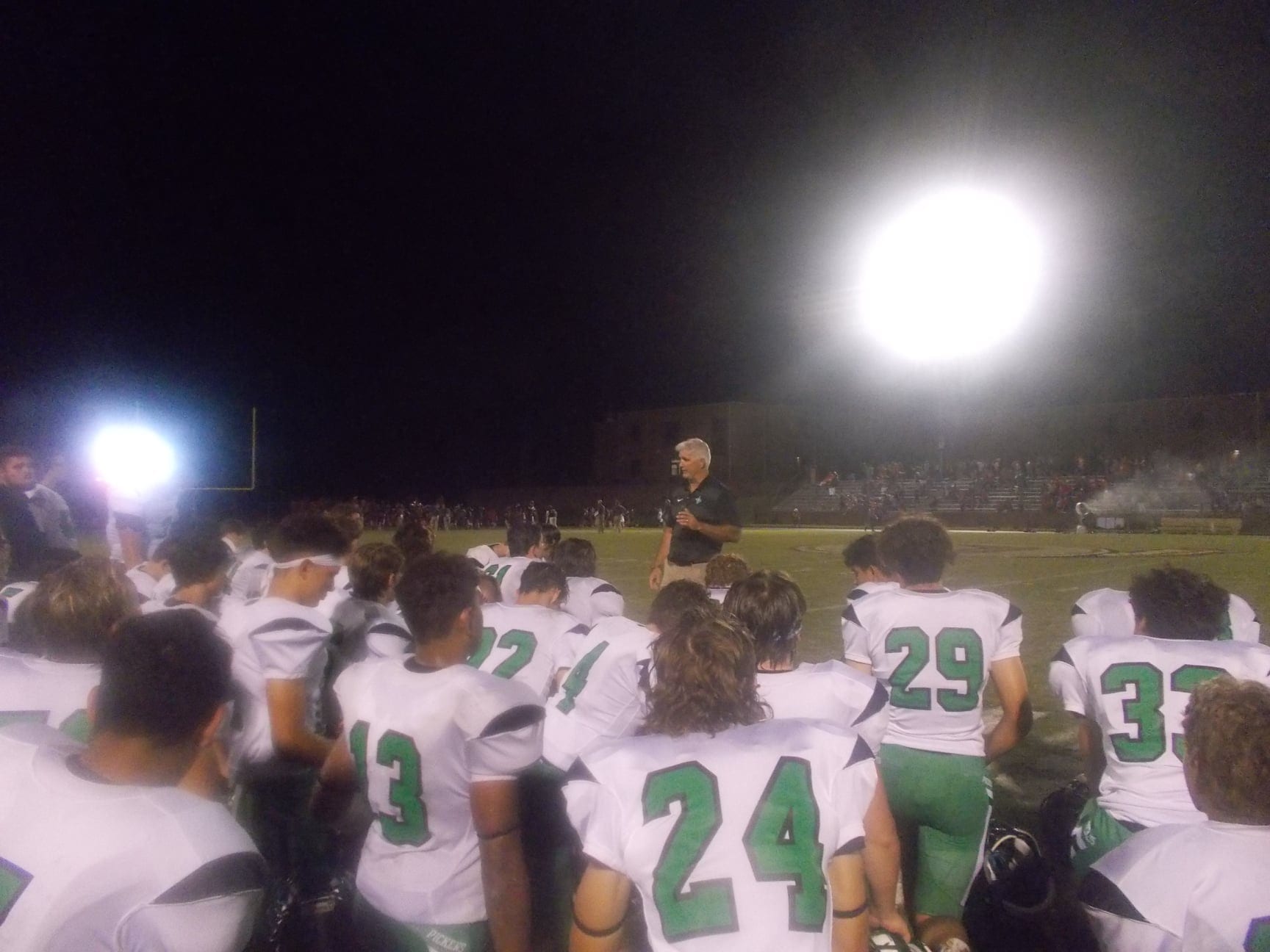 On a very unforgettable day in american history, September 11th, the Pickens Dragons (1-0) traveled to Summerville to take on the Chattooga Indians (0-1). This was the first ever meeting between the two schools in football. Chattooga, is out of the AA classification. They were coming off of a tough loss to Adairsville 28-21. The Dragons, came in riding high after defeating their 515 rival Gilmer Bobcats 17-8. In a tough game, Pickens had their chances in the second half, but several mistakes in the first quarter were too much to overcome as Chattooga took this one, 28-14.

The Dragons started off the ball game with the first possession, but were unable to get anything going. Chattooga used a heavy dose of their run game as they chewed up several minutes on the clock as they found the end zone for the first time on the night after a 1-yd touchdown run to make it 7-0 with 3:27 left in the opening quarter. On the ensuing kickoff, Pickens couldn’t corral the ball and the Indians took over in Dragon territory. Shortly after, Chattooga connected on a 28-yd touchdown pass to make it 14-0 Indians going to the second. 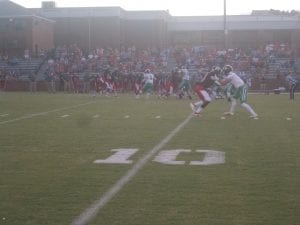 The second quarter began with the Indians on offense as they were driving when the first quarter came to an end. Chattooga capped off that drive with an 8-yd touchdown pass to make it 21-0 with 11:40 left in the first half. The Dragons, got on the board for the first time in the later stages of the first half as Sam Streicher found Devin Hand for a 23-yd touchdown pass to make it 21-7 Indians with 2:14 left in the opening half. Pickens forced a turnover on Chattooga’s next possession, and looked to capitalize on it just before the half. On the first play of the drive however, Streicher’s pass would be picked off by the Indians. After a long pass play by the Indians, Chattooga scored on a 3-yd touchdown run to make it 28-7 as we hit halftime. 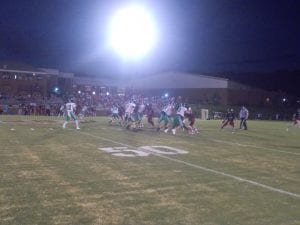 The third quarter saw the defenses for both teams really lock in and stand their ground. The biggest threat in the third, came from the Dragons as it looked like Pickens had crossed the plain for a touchdown but the officials ruled that the ball came out before the runner was down and Chattooga would recover the fumble. The defense for the Dragons continued to get better as the game wore on and held the Indians offense in check. Going to the fourth quarter, it was still 28-7 Chattooga. 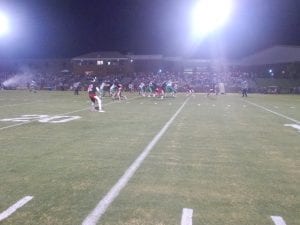 The Dragons D-line getting pressure upfront

The Dragons were driving as the third quarter came to an end, and looked to score quickly to cut into the Indians lead. On fourth down, Streicher found Jarod Whitmore for a 5-yd touchdown pass to make it 28-14 Chattooga with 10:21 left in the game. Pickens had several chances to try and cut into the lead, but the Indians were able to hold on as Chattooga took this one, 28-14.

The Dragons, will again be on the road next week as they head to Cleveland Georgia to take on a familiar foe in recent years, the White County Warriors. As you may know, the Warriors dropped down to AAA and are off to a 2-0 start on the season. This will be the 46th all time meeting between the two schools with White County leading the series 23-20-2. Kickoff is set for 7:30 pm.